Google has announced that it is working with Parallels to provide the Microsoft Office suite from Windows to Chromebooks running Chrome OS.

Google’s operating system has long ceased to be “only a web browser”. Of course, Chrome OS is still lagging behind Windows and macOS in terms of more professional software, but it’s slowly beginning to change.

Among the programs that may be missing from Chromebook users is certainly the Microsoft office suite. It’s the best solution on the market, and its file formats have become a standard.

Of course, there are several alternative solutions available, which can be most effective for home users. First of all, you can reach for Office for the Web or install Microsoft’s Android version. However, it should be noted that both of these versions do not have all the features available in the native Windows software.

In addition, more demanding users can reach for Parallels Remote Application Server. It’s a solution that provides access to virtual desktops and applications using the cloud. However, there can be a serious problem – virtualization takes place on servers, which in the event of a poor Internet connection will be associated with not very comfortable work. 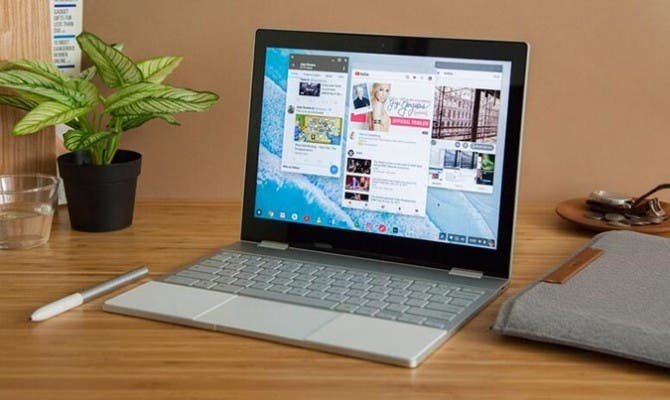 The Google and Parallels partnership is expected to bring the full version of MS Office on Chrome OS. Unlike Parallels RAS, applications will be virtualized directly on Chromebooks.

Parallels Desktop will be integrated natively with Chrome OS. It will provide a number of benefits – better performance and offline access to applications. Also, in addition to Microsoft Office, users will be able to run other Windows applications.

According to Google, the new solution is to be available to Chrome Enterprise customers. It should be available fall this year. Microsoft Office, as well as access to other applications, can translate into greater popularity of Chromebooks in companies that may eventually become an interesting alternative to Windows computers.

Regarding the browsers market, Google browser continues to confidently dominate and enhance its superiority. Chrome already accounts for 69.81%, a new record after April’s 69.18%. Edge rose slightly from 7.76% to 7.86%, but Firefox’s share in third place fell from 7.25% to 7.23%.