The first renderings of the future flagship smartphone Huawei Mate 40 with a curved display and a new side-touch interface for controlling the camera has appeared on the Web. 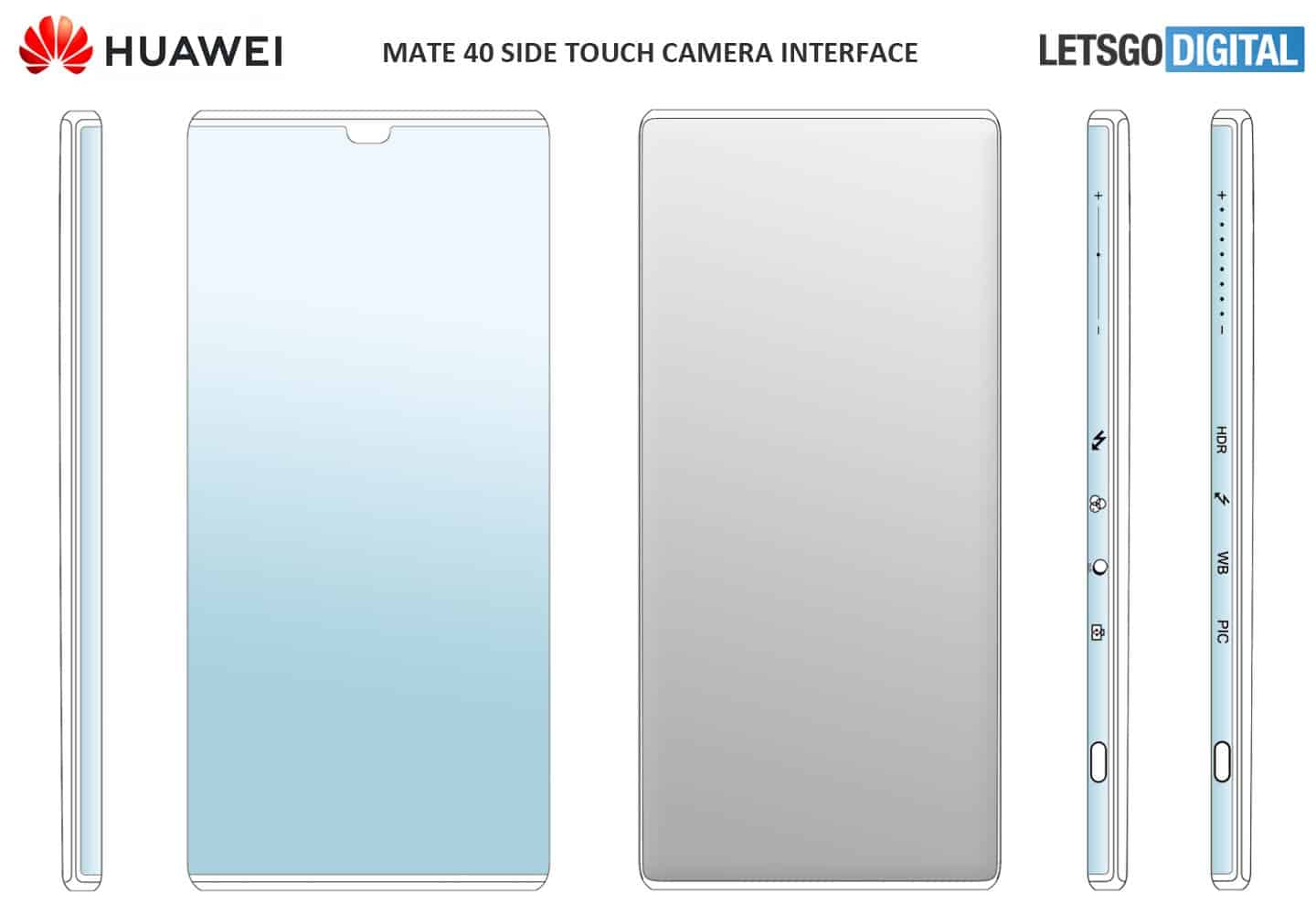 In July 2019, Huawei Technologies filed a patent for a smartphone with a new camera interface in the National Intellectual Property Office of China (CNIPA). Now it’s become known that the Side-Touch camera interface allows you to position the shutter button, balance adjustment, camera mode selection and other functions directly on the side of the curved display.

In addition, as we can see in the images attached to the patent, there are no camera lenses on the rear panel. Supposedly, Huawei uses the same “fading lens” technology as the OnePlus Concept One smartphone. 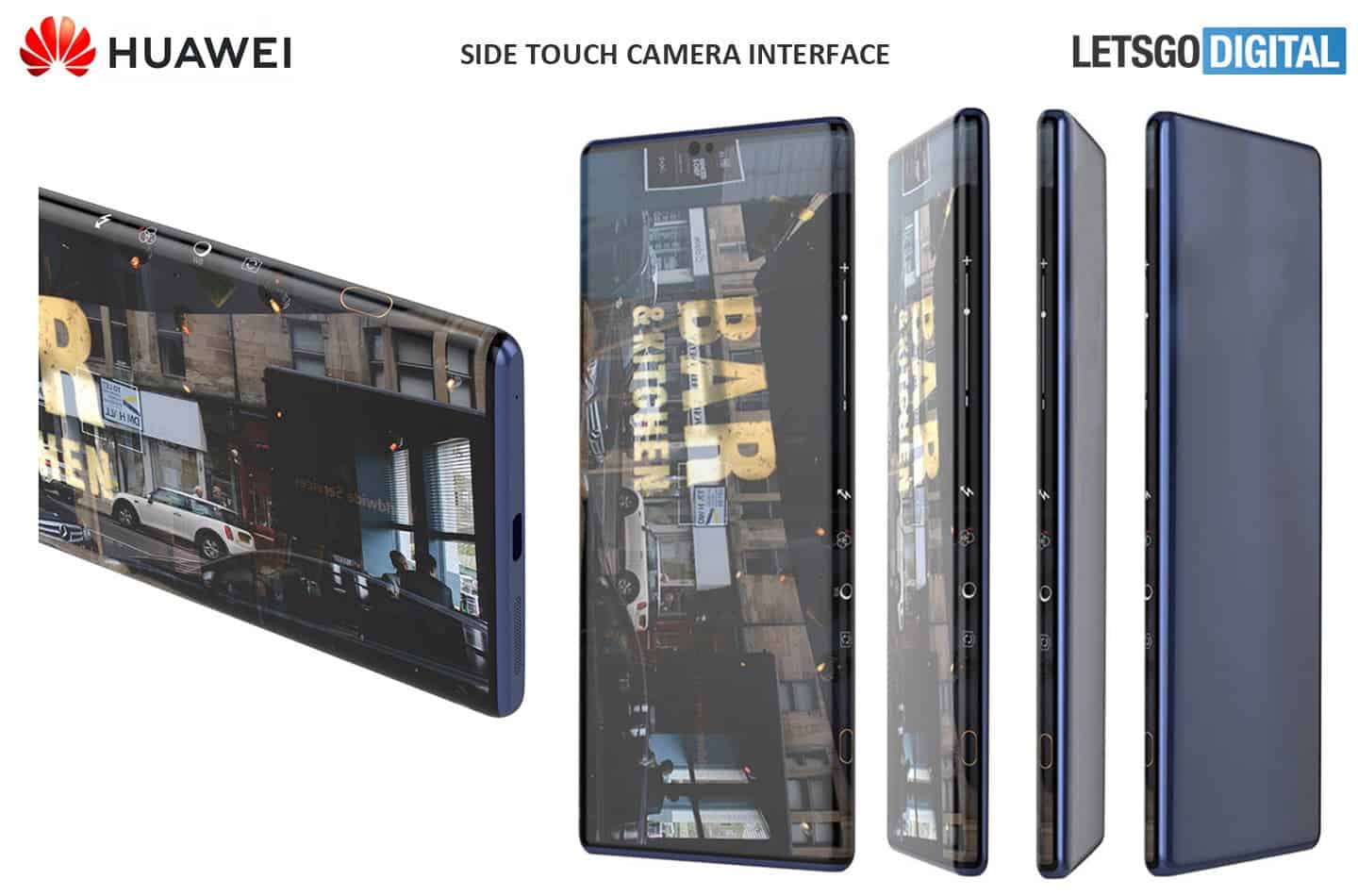 Most likely, the smartphone described in the patent is the Huawei Mate 40. The smartphone should arrive in the fall of 2020.

Huawei’s upcoming flagship smartphone, Mate 40 series, is already in development. In recent times, there have been a series of reports regarding Huawei and the Mate series. According to popular Twitter leakster, @rodent950, Huawei’s next-generation flagship chip will be the Kirin 1000. This chip uses TSMC’s 5nm process and it will be launched by the Huawei Mate 40 series.

According to industry sources, the Kirin 1000 uses the codename “Baltimore”. It uses a 5nm process and may use the Cortex A78 architecture. The CPU and GPU will obviously greatly improve. We have been hearing of Kirin 1020 but it appears to be different from Kirin 1000.

We know that the Kirin 990 5G uses the Cortex A76 architecture. If Kirin skips the A77 and upgrades to the A78 architecture, the performance will greatly improve. However, we do not expect any specific information regarding the CPU until the press conference.

As usual, Huawei’s new Kirin flagship processor will arrive this fall with the new Mate series. So without any surprise, Huawei Mate 40 series should become the first models with 5nm process processors. Temporarily, it will lead its opponent in performance due to the first-mover advantage.