Huawei’s upcoming flagship smartphone, Mate 40 series, is already in development. In recent times, there have been a series of reports regarding Huawei and the Mate series. According to popular Twitter leakster, @rodent950, Huawei’s next-generation flagship chip is called Kirin 1000. This chip uses TSMC’s 5nm process and it will be launched by the Huawei Mate 40 series.

According to industry sources, the Kirin 1000 uses the codename “Baltimore”. It uses a 5nm process and may use the Cortex A78 architecture. The CPU and GPU will obviously greatly improve. We have been hearing of Kirin 1020 but it appears to be different from Kirin 1000.

We know that the Kirin 990 5G uses the Cortex A76 architecture. If Kirin skips the A77 and upgrades to the A78 architecture, the performance of the CPU and GPU will greatly improve. However, we do not expect any specific information regarding the CPU until the press conference.

As usual, Huawei’s new Kirin flagship processor will arrive this fall with the new Mate series. So without any surprise, Huawei Mate 40 series should become the first models with 5nm process processors. Temporarily, it will lead its opponent in performance due to the first-mover advantage.

Recent unofficial renders have given us a glimpse of what the Huawei Mate 40 series could look like. The Huawei Mate 40 comes with a Penta camera setup. Four camera sensors and one flash are in a matrix compartment. However, there is another camera below the matrix. Looking at the “100X” inscription beside the lone camera, this independent sensor should be a telephoto lens. 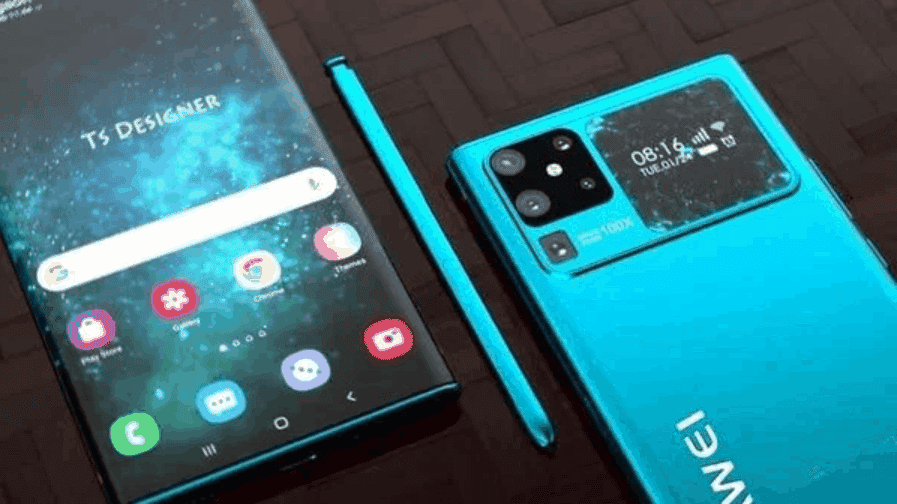 The biggest feature of the back design is the new secondary screen design. This secondary screen will display the time, power, wifi, alarm clock, and network signals. Of course, I believe that this sub-screen also has more functions, such as a self-timer, viewfinder, etc. This is the first time we will have such a design from Huawei. However, it is not entirely new to the smartphone industry. Remember the Meizu Pro 7? It comes with a similar secondary rear screen. Although, in the Meizu Pro 7, the dual rear cameras are embedded on the secondary display.

The renders show that the Mate 40 series uses a 3D curved display – more like the Huawei Mate 30 Pro. Furthermore, there is no notch or punch-hole. As of now, speculations claim that the company will use an under-display camera. However, the under-display camera technology is still in development. It may not be feasible for Huawei to use this feature. The best bet will be a pop-up camera design which will not be a bad idea.