Earlier today a couple of images surfaced giving us our first glimpse in Asus‘ upcoming gaming phone the ROG Phone III. Apparently, the image was just a screenshot from a short hands-on video showing off the smartphone. Now we got the video that reveals the smartphone in all its glory. Meanwhile, the Asus ZenFone 7 which is also scheduled for launch in June has paid a visit to the GeekBench database.

As for the ROG Phone III, we can once again spot the triple camera setup horizontally-aligned. Moreover, the ROG logo makes a comeback with RGB backlighting.

However, there is something quite important to notice in the hands-on video – the Tencent Games logo. If you recall, Asus partnered with the Chinese gaming giant last year to launch a Tencent version of the ROG Phone II. It was cheaper than the original version, however, it was only available in China. Besides being cheaper, users had to deal with a good amount of pre-loaded Tencent content. Now, the company seems to be gearing up to launch another Tencent branded version of its gaming phone. It may also use the same strategy as the Tencent ROG Phone II. Worth mentioning that the BlackShark was also released in partnership with Tencent. Apparently, the gaming giant is big enough to partner with several companies.

Apart from the new hands-on video, Asus ZenFone 7 which may also go official in the next month surfaced in the GeekBench database. The handset contains several results from an “asus zF”. The phone also boasts the Snapdragon 865 which carriers Kona codename. Unfortunately, the benchmark only recorded the clock speed of the small CPU cluster with its 1.8GHz. For now, we are expecting the bigger CPU cluster to come with overclocked frequencies just like last year’s ROG Phone. 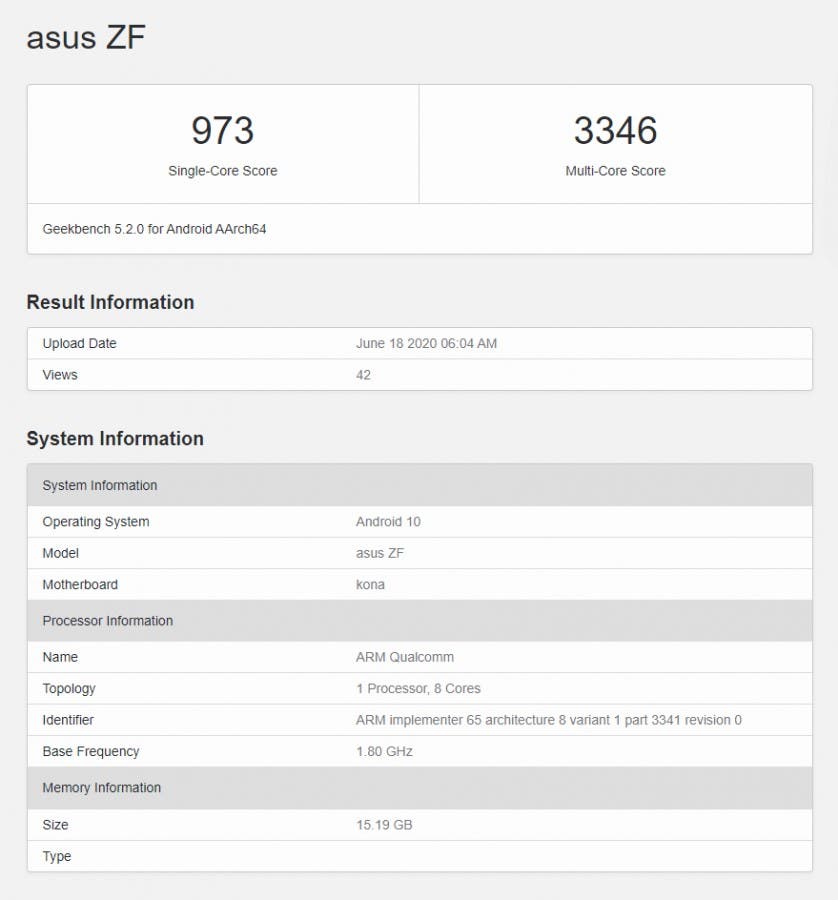 ZenFone 7 results are on par with other Snapdragon 865 flagships

The handset achieved 973 points in the single-core tests, the multi-core tests resulted in 3,346 points. The ROG Phone III adopts a different codename, so we believe that in this case, we’re looking at Asus ZenFone 6 sequel. The company’s flagship was unveiled in mid-May last year, so we can say that the device is slightly delayed.

As the launch date is nearing, we expect more details to emerge in the coming weeks. The Asus ZenFone 6 came with a flipping camera rather than a pop-up or punch-hole solution. For that reason, the handset had the best selfie camera in the market – after all the primary setup flips to the front always that the user requests the selfie camera. We don’t think that Asus will use this feature again, apparently, the company will ditch it in favor of a punch-hole solution.

Previous NVIDIA GeForce Now getting back 14 Square-Enix games including Rise of the Tomb Raider, 7 new games coming as well