Chinese manufacturing giant, Meizu, recently announced a good news for users who loves games. Well, not any game, specifically “Peace Elite”. According to the company, the Meizu 17 series now supports 90fps for “Peace Elite”. In addition to this news, Meizu also outlined the summary of the Meizu Grass Assembly. These include that Meizu will not release new mobile phones in the second half of the year. Furthermore, the company believes that the price of these devices comes with a reasonable price tag. This means that it has no reason to activate a price cut in the future. 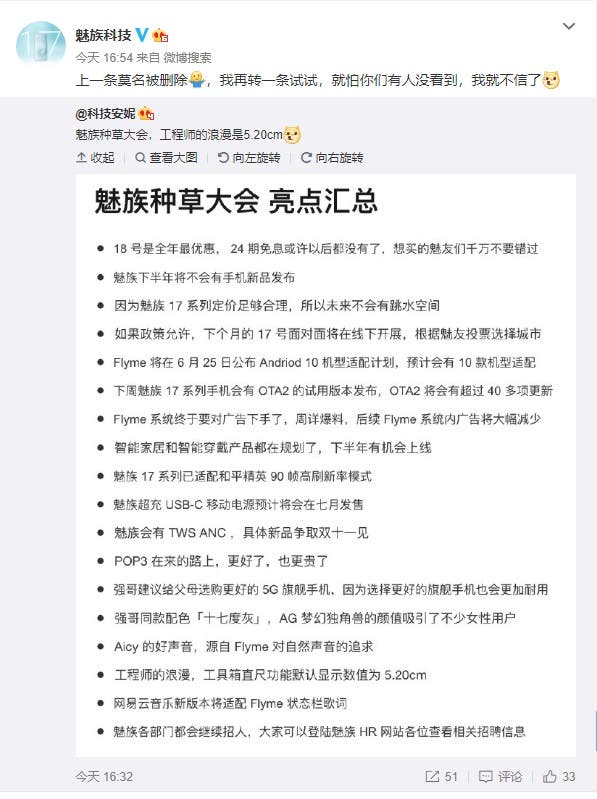 There are also reports that Meizu Flyme will announce the Android 10 model adaptation plan on June 25. According to the reports, only 10 models will be eligible to get the update. The Flyme system is finally about to start advertising. Subsequently, the company will greatly reduce advertising in the Flyme system.

Despite the fact that we will not see any new smartphone from Meizu this year, we will probably have other products. The Meizu smart home and smart wearable products are in development. There is a good chance that these devices will go online in the second half of the year. Meizu will have TWS ANC, and other specific new products will strive for a place. POP3 is on the way, better and more expensive.