Realme is gearing up for the launch of a new budget smartphone in Malaysia. The company has apparently sent a media note indicating an imminent launch. Dubbed Realme C11, it is expected to sport the world’s first MediaTek SoC. The low-end CPU is yet to go official.

The company has also shared a render of a green colour variant of the supposed smartphone. It will be called the Realme C11 confirming earlier leaks. However, the camera section of the device in the included image has been covered by four gold-coloured leaves. 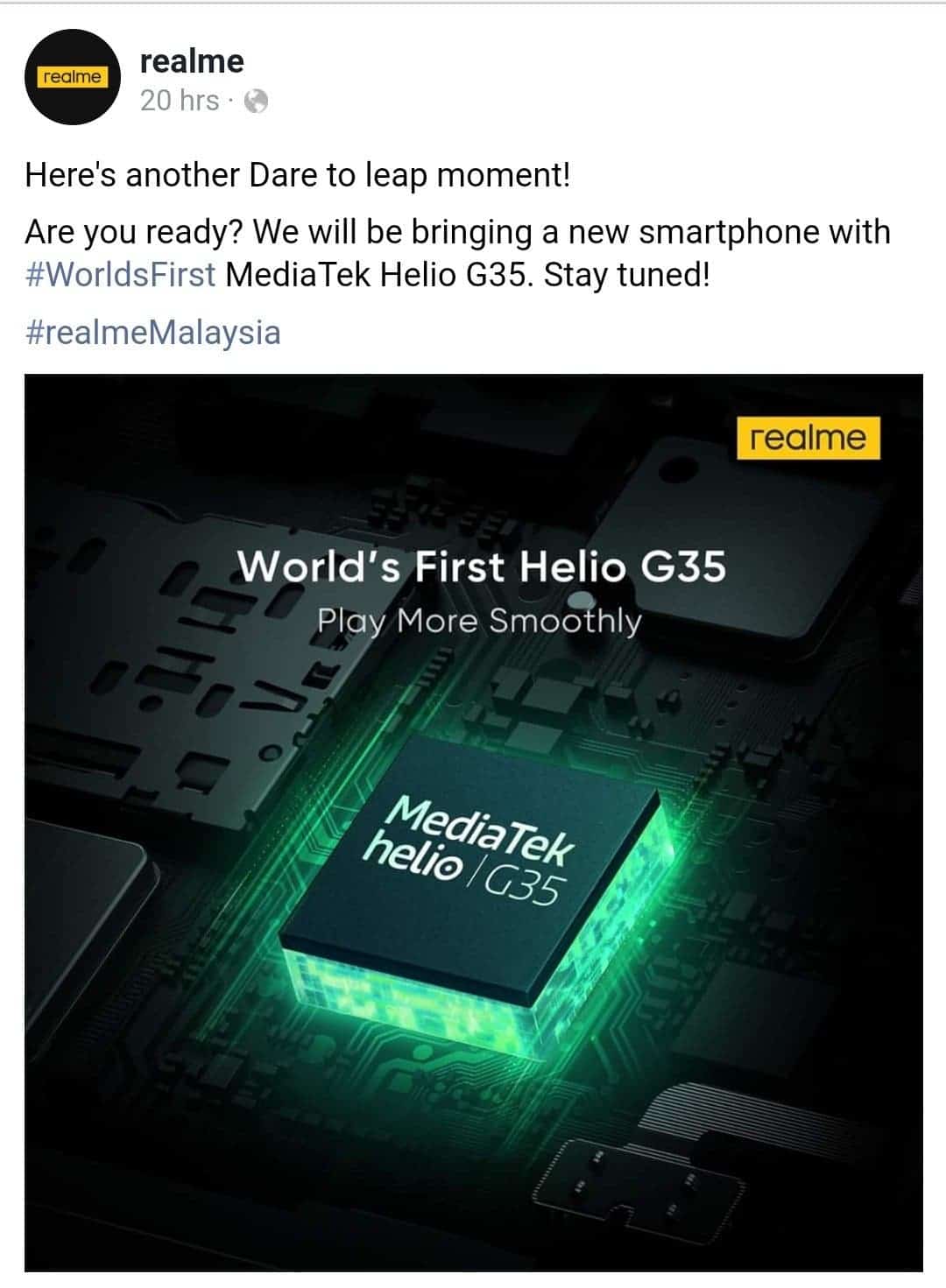 A step towards newer Design?

The poster also has the device in a dual colour scheme with the rear panel sporting a lighter green. The other one being the vertical strip. It runs along the lines of the camera layout having a darker green tint with a Realme logo etched onto it. The exact shape of the layout is not known. But it won’t be surprising if Realme pulls off a newer design, as promised earlier. 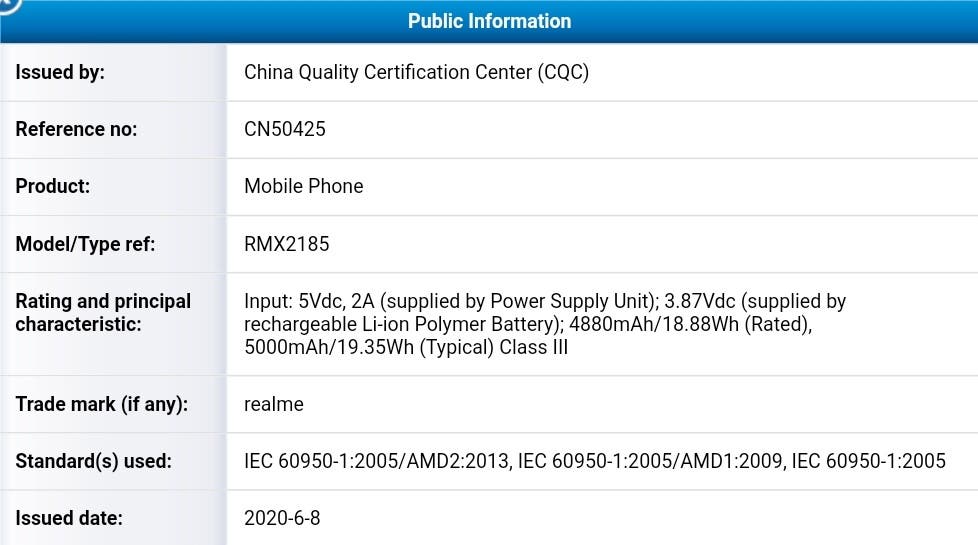 Few hours before sending the invite, the company has also shared a post on its Malaysian Facebook page confirming the presence of Mediatek’s Helio G35 SoC. It is accompanied by a ‘play more smoothly’ tagline. However, this SoC is yet to be unveiled by the company itself.

While there aren’t any official words regarding the SoC, a Twitter user has shared what could be an alleged marketing poster for the SoC. It looks like the Helio G35 will have upgraded Cortex-A76 cores clocked at 2GHz. This would be a good upgrade compared to the A75 cores found on the G70.

This, when coupled with an upgraded Mali G-76, clocked at 800MHz compared to the older G-52 present on the G70 would naturally make the G35 powerful. Of course, these are early claims and let’s wait for the official launch to affirm them.

Additionally, a listing on China’s Quality Certification has revealed that C11 will be backed up by a 5,000mAh battery. That is assisted with support for 10W charging. Since we are already at the end of June, we can expect more details about the launch which could be any day in the coming two weeks.