According to CCTV News, Huawei officially announced that its first phase plan at the Cambridge campus in the United Kingdom has been approved. The plan is mainly for optoelectronics research, development, and manufacturing. 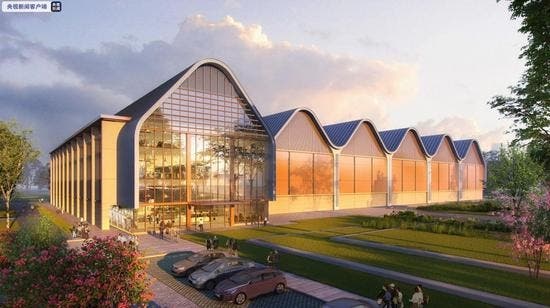 The Huawei Cambridge Campus is located in the hinterland of the “Silicon Marsh” in Cambridge, England, where high-tech companies gather. The land for the first phase is 9 acres, with a construction area of ​​50,000 square meters. The investment scale will hit 1 billion pounds. It is expected to bring more than 400 jobs. After completion, it will become Huawei’s foreign optoelectronics business headquarters. This investment will promote the development of high-tech industries in the region and further strengthen Cambridge’s position as a global innovation center.

The project has been on the drawing board for more than three years. In 2017, Huawei began site selection for the optoelectronics R&D and manufacturing base. In 2018, it completed the purchase of a new 500-acre site in South Cambridgeshire. This was originally the stationery company Spicer’s paper mill and production base west of Southwest. This year is also Huawei’s 20th year in the UK market. The company currently has 1,600 employees in the UK.

Huawei to promote optoelectronic technology in the U.K

According to Huawei, the first phase of the project will focus on the research and development and manufacturing of optical devices and optical modules. Furthermore, by integrating R&D and manufacturing functions, the company can accelerate product development, commercialization, and bring products to market more efficiently. Optoelectronic technology is a key technology of optical fiber communication systems. Huawei’s major investment in the UK aims to promote the application of related technologies in global data centers and network infrastructure.

At the beginning of this year, the United Kingdom decided to allow Huawei to participate in its 5G network construction. However, it will not involve in providing core equipment to the network. Furthermore, its non-core equipment participation also has a limit of 35%. In May of this year, the United States imposed new sanctions on Huawei, restricting its use of chips made with US technology. The British government had to reassess the impact of Huawei’s participation in the country’s 5G network construction.

Previous Google agrees to pay for indexed news in some countries