The first half of 2020 is about to pass. So it’s logical we are getting more and more news about the new flagship devices of major smartphone manufacturers. A few days ago, Twitter user @techyvillage disclosed the configuration information of the Redmi K40. It’s going to continue Redmi’s cost-effective strategy. That’s why though it’s not launched yet and this is not an official information, but it has already managed to make a stir around it. 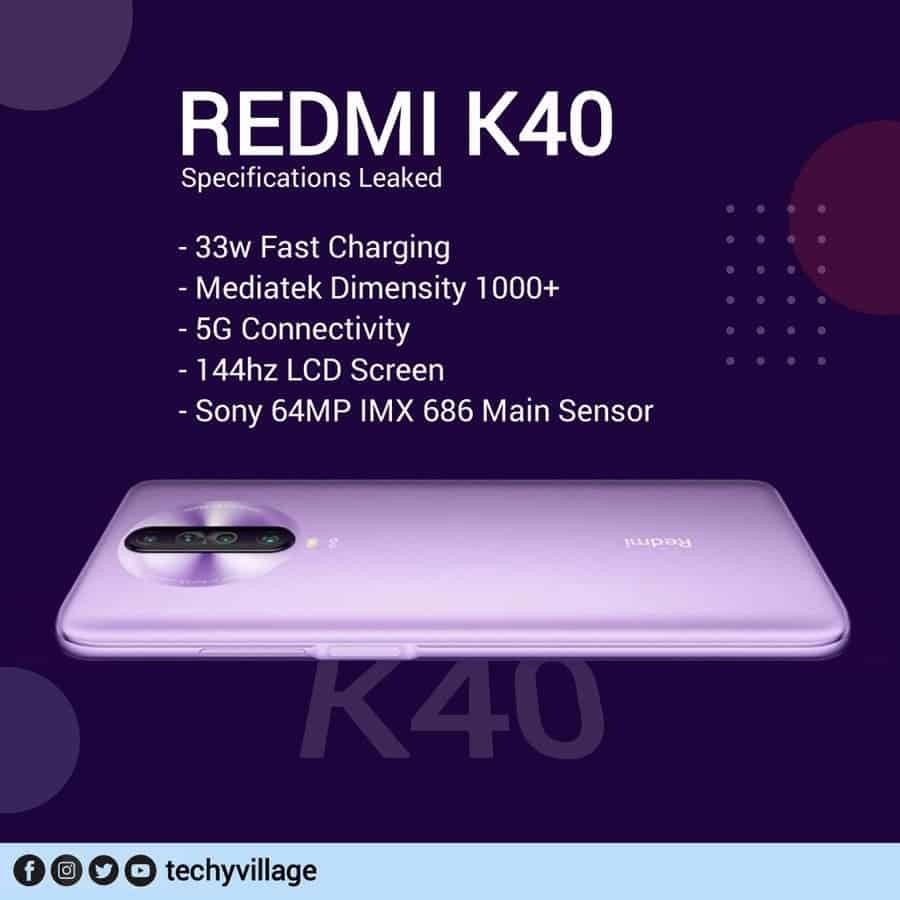 Anyways, as the source claims the Redmi K40 will switch to the MediaTek Dimensity 1000+ high-end 5G chip. One of the advantages of this chip is the support for 144Hz refresh rate screen. So it’s logical the Redmi K40 will come with such a screen. But it is said to use an LCD screen. Apart from the aforementioned features, the main camera on the back will use a SONY IMX686 CMOS, which provides a 64MP high-res shooting. At last, the source says our protagonist will support 33W fast charging option.

By the way, a Xiaomi 5G smartphone has appeared on the website of the Ministry of Industry and Information Technology with a model number of M2006J10C. And even that time, we saw that this phone supports 33W charging technology. Honestly, we are not sure whether this is the Redmi K40 or the Xiaomi CC10.

In this regard, the use of the MediaTek Dimensity 1000+ is quite logical. And though the iQOO Z1 with this chip onboard is already out and it has taken almost half of all orders, Redmi is going to take another half, not leaving anything to Huawei.