LG is one of the worse companies when it comes to providing Android updates. First of all, the company has a messy division of variants for each region, sometimes it provides an Android update just for a specific region and forgets the others. In the second place, the update program is nearly non-existent for devices that are out of the flagship spectrum. However, miracles can happen as the company is rolling out Android 10 firmware update for the LG Stylo 5.

The LG Stylo is a lineup of affordable Android smartphones and has become quite popular due to the stylus is comes with. Back in 2019, the company unveiled the LG Stylo 5 and a Plus variant. Both of these smartphones came with Android 9 Pie straight out of the box, and fans have been waiting for an Android 10 update without much faith in the company. In a sudden twist of fates, an Android 10 update started to roll out for some users on Verizon and MetroPCS. It’s a surprise to see Android 10 coming for a device after 10 months of waiting.

A lot of new goodies for the sub-$200 handset

The new update includes a new gesture navigation feature as well as a System-Wide Dark Mode. This will invert LG UI colors to darker colors reducing the strain on the user’s eyes after long hours of usage. The Android 10 update also brings Live Captions and Smart Reply. The latter will suggest appropriate responses to text messages. The former delivers captions for content being streamed live. 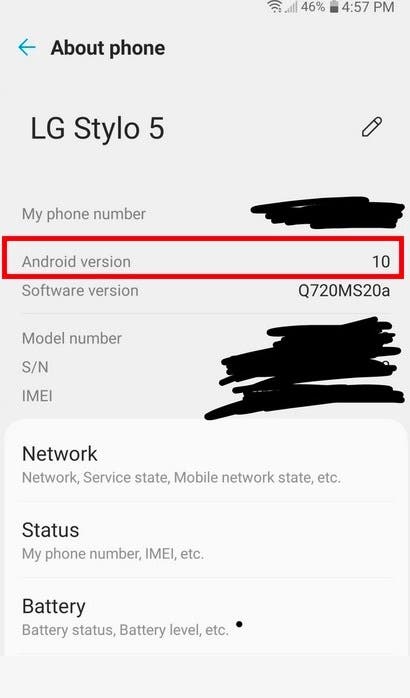 LG already replaced the Stylo 5 with the Stylo 6, but it’s good to know that the last year’s model hasn’t been forgotten. The new model is quite expensive at $252. After all, it offers just Helio P25, 3GB of RAM, and 64GB of storage. It comes with Android 10 straight out of the box, however, we don’t think that specifications are on par with other devices at this price point. The LG Stylo 5 in counterpart is offered at half this price point. The last year’s model sports a 6.2-inch display with 1080p FHD+ LCD Display and a 18:9 aspect ratio. Under the hood, the phone boasts Snapdragon 450 SoC paired with 3GB of RAM and 32GB of Internal Storage. There is a single 13MP camera on the back. Lights are on thanks to a 3,500mAh battery.

Android 10 update should be rolling out for all users in the coming days. It will be pretty much the last major Android update this device will receive.
Source/VIA :
Reddit