Paranoid Android is a legendary name among custom ROM enthusiasts. Since its arrival, PA has gathered a massive amount of fans in the aftermarket Android scene. During the past years, the ROM lost some of its relevance after part of its team was called to work on OnePlus OxygenOS. However, after a period of hiatus, Paranoid Android was revived through the Quartz 3 release. The new custom ROM brings a bunch of interesting features like accent colors, a Data Switch tile, and Pixel Feature Drop 3-related functionalities. Now, the popular ROM is making all to the recently released OnePlus 8 and OnePlus 8 Pro.

OnePlus smartphones are the best devices when it comes to aftermarket support. The company is also one of the best when it comes to Android updates, but we can say that the aftermarket support is even better. For instance, devices like the OnePlus 3 and 3T doesn’t have Android 10 from OnePlus, and probably will never receive. However, there are several Android 10 Custom ROMs for the 2016’s duo of flagships. Now, the recently released OnePlus smartphones are getting some love from Paranoid Android developers. It’s always a matter of choice since these devices are still on the priority list for future OnePlus’ update. However, if you prefer Paranoid over OxygenOS, installing this update is a piece of cake. 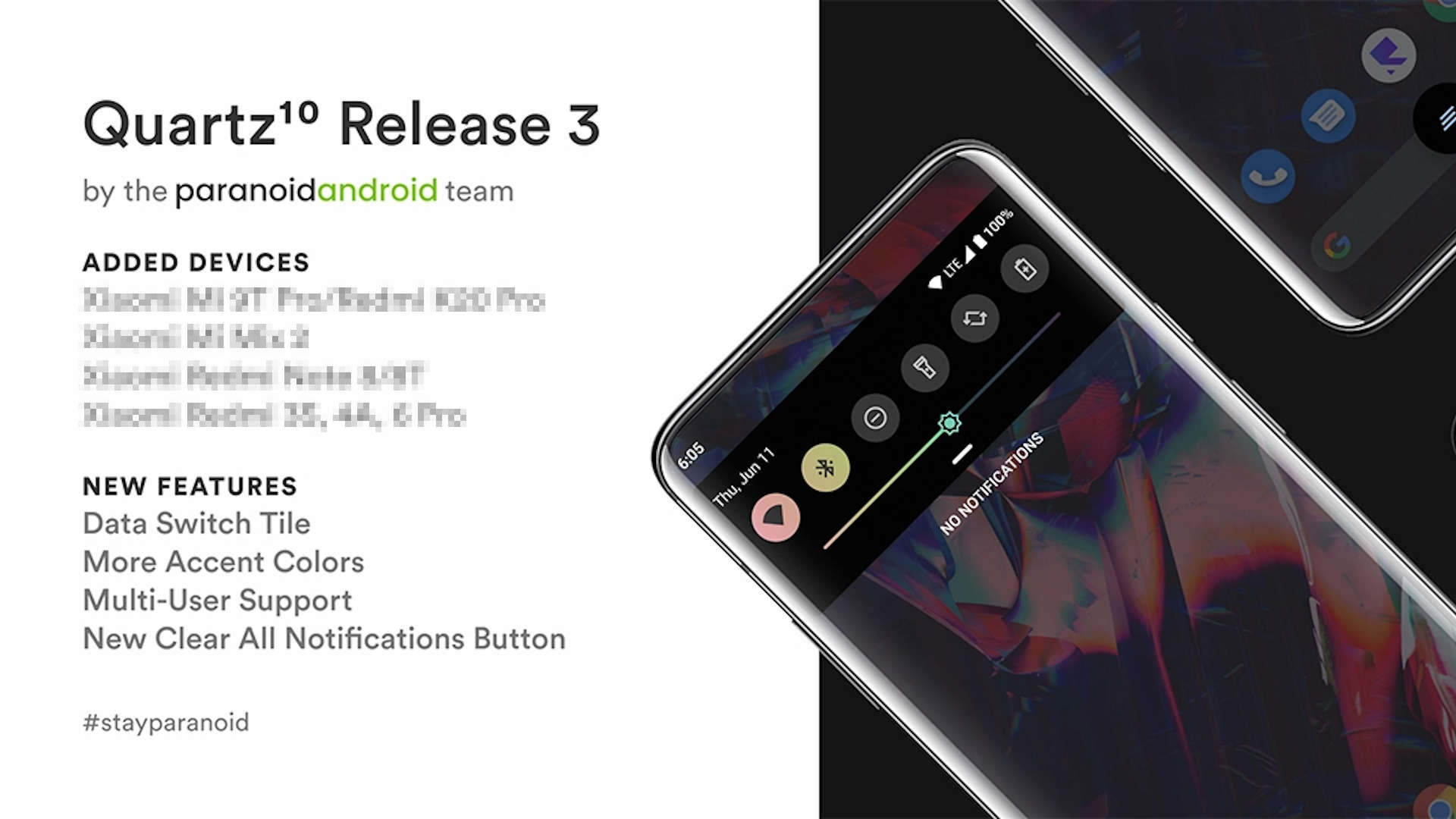 Worth noting that the developers state that OnePlus 8 ROMs are beta at this point. Apparently, there are some known issues related to the fingerprint scanner and brightness, especially on the OnePlus 8 Pro. As a result, you can find the builds listed on PA’s official download portal as of now. Interested users, will need to visit the discussion threads instead. From there, users can find the download files of the unified beta builds.

Of course, the installation of this ROM is slightly different than the usual. The current for of the ROM is more a collection of individual partition images. For that reason, you’ll need to flash it through Fastboot interface. Apparently, the developer has chosen this route to avoid the limitations of the unofficial TWRP build. Worth noting that the flashing process will require you to factory reset your handset. So before proceeding, we recommend you perform a backup.

This build uses a modified version of the stock kernel as a placeholder. The recognized developer will be working to bring the PA Kernel to both OnePlus 8 and OnePlus 8 Pro. Until them, users should stick with the default provided kernel.