In popular games for smartphones running the Android operating system, a dangerous trojan was discovered, the purpose of which is to regularly display intrusive ads to users. This was reported by a security research team from Avast.

These 47 Android games should be uninstalled urgently!

The company’s researchers checked the Google Play Store. In 47 games, they found the HiddenAds ad trojan. They disguise themselves as safe and useful but actually place intrusive ads outside of the games.

Avast emphasized that such games can hide their icons on an infected device and obsessively display ads, even when the user uninstalls the game from the device. The games have been downloaded a total of more than 15 million times.

Google representatives were told about the games they found, but some of them are still available in the store at this time. At the same time, the games in question have low gaming capabilities and a low rating – in reviews, users complain about constant advertising. 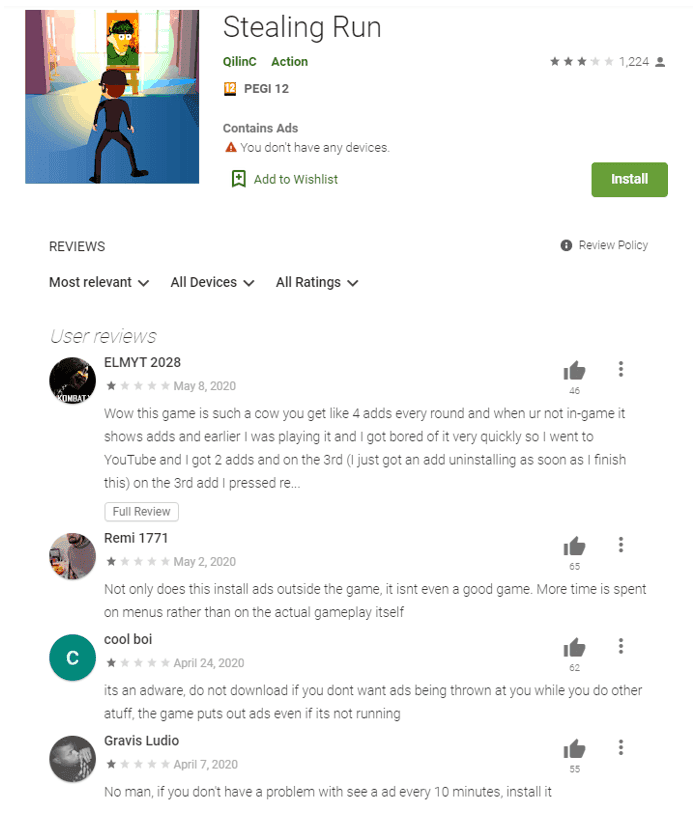 The applications in question are all games and some of these have managed to exceed 1 million downloads. Here are those reported by the Avast team with their downloads:

Join GizChina on Telegram
Read Also:  Google set to kill call recording apps on the Play Store from May 11

Android: Google Play Store is the home of thousands of malicious apps

The worst part is that despite all the security measures, many of the malicious utilities penetrate the popular Google Play store. So, experts say that 9 out of the top 10 malware were available on the vast marketplace of Google. This means that they went through safety checks and were not identified as dangerous. At the end of 2019, 30% of the top 100 malware apps were available in Google Play.

Experts noticed one pattern as well – most malware fits into the category of entertainment content that allows you to spend your free time and entertain yourself by reading the news, listening to music and playing games. The most problematic application was Snaptube, which has an installation base of more than 40 million times. The utility has been removed from Google Play. But it is available on the AppGallery store in Huawei devices and the Xiaomi GetApps store.

Next Google appeal dismissed in France, will pay the largest fine in GDPR history