A few days ago, a Huawei phone identified as KKG-AN00 appeared in the Geekbench 5.1 database. This smartphone is most likely the upcoming Honor X10 Max. In terms of running points, the single-core is 539 while the multi-core is 2186 points. The processor is identified as MediaTek MT6873. The device comes with 8GB of RAM and Android 10. MediaTek MT6873 corresponds to Dimensity 800 SoC. This is a 5G 7nm process chip that uses a quad-core A76 + quad-core A55 design. It clocks 2GHz and comes with an integrated NATT MC4 GPU. It supports 16GB LPDDR4X memory max and 1080P 120Hz screen. 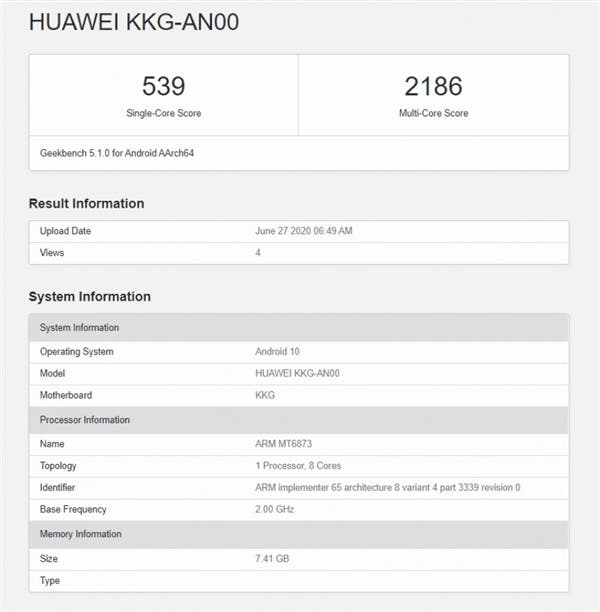 A few days ago, Honor officially announced that the Honor X10 Max will be unveiled on July 2. The smartphone has also appeared on TENAA. This smartphone comes with model number KKG-AN00 (same with GeekBench 5.1). 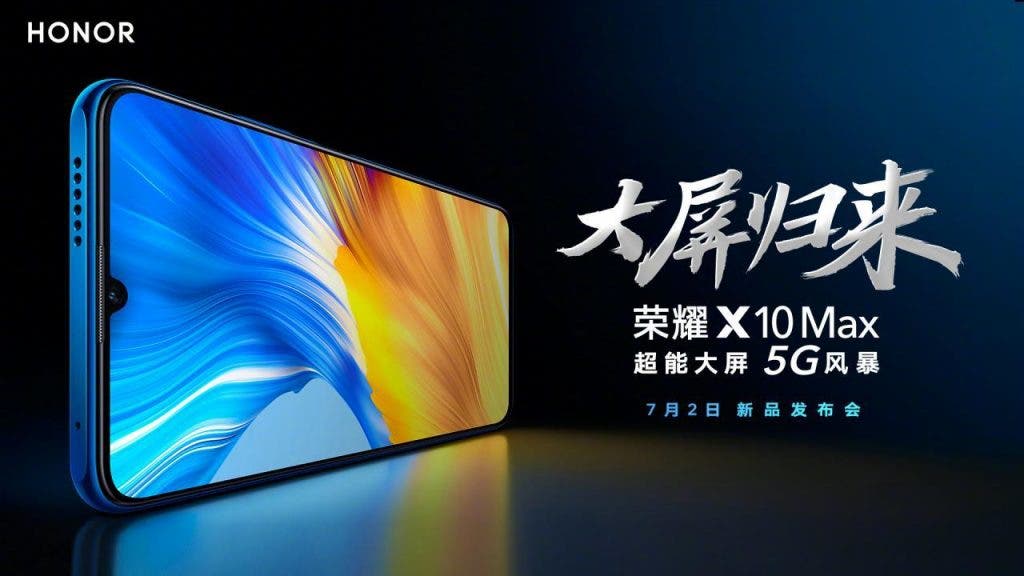 According to the company, the Honor X10 Max will arrive with an RGBW screen. This will deliver a higher brightness, low power consumption, and better overall watching experience. This is a feature that has been used for Huawei’s flagship Mate and P series. The impact of this feature on the display is quite significant. This is another plus for the Honor X10 Max which obviously will arrive without GMS. However, Huawei should be used to releasing non-GMS phones by now. Its smartphone market is struggling in Europe no doubt, however, it is doing perfectly well in China. In fact, the patronage in China is massively increasing and the Chinese have the numbers. Thus, the spread may be poor but the figures are doing just fine. In fact, the Chinese manufacturer recently surpassed Samsung to become the number one smartphone brand in the world.