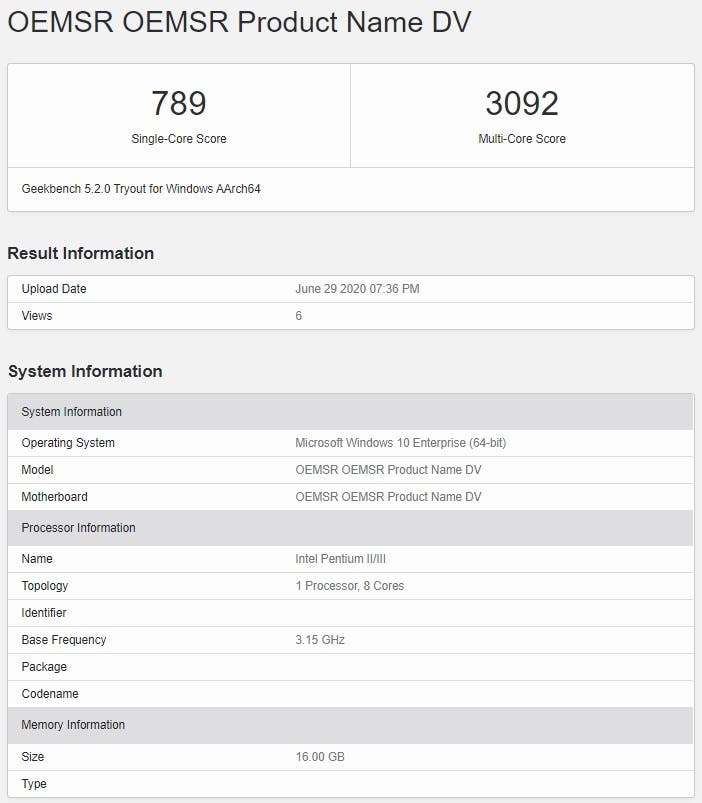 According to the information on the benchmark test results page, the processor is still in the early stages of development. This means that the current GeekBench result could be better when the device is official. The unknown device in the benchmark test is equipped with 16GB RAM, and the processor’s basic clock frequency is 3.15Ghz. This is higher than the 2.84 GHz of the Qualcomm Snapdragon 8cx.

In addition, an ITHome report claims that the Snapdragon 8cx Plus has been tested on the 64-bit version of Windows 10 Enterprise. It also says that this upcoming device is expected to support 64-bit application emulation.

Next Apple TV 6 tipped to debut at massive September event