Back in May, Vivo’s sub-brand iQOO launched its gaming-centric smartphone dubbed iQOO Z1. Well, it looks like the company is now working on a watered-down version as well. We first saw reports of iQOO Z1x mid-range smartphone with Snapdragon 765G chipset. After numerous leaks and rumours, the smartphone maker has officially announced the launch date for its next mid-range smartphone. As per the official teasers, the device will see its official unveiling on July 9.

iQOO Z1x to launch on July 9, here’s what we can expect! 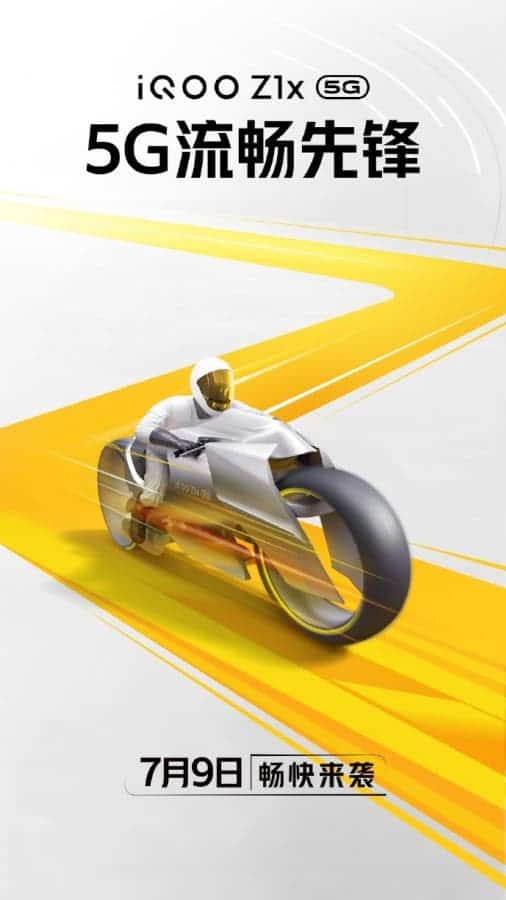 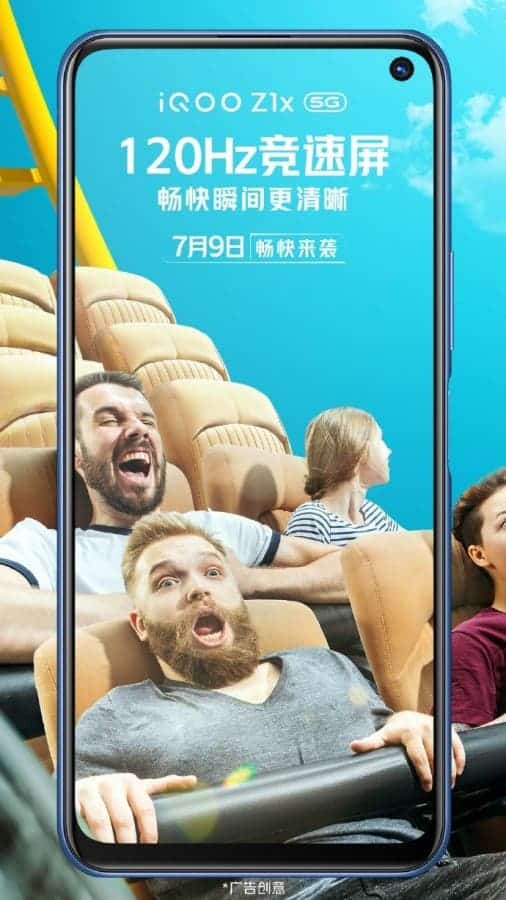 iQOO recently posted two teasers on its official Weibo channel. The teaser images confirm that the device will, indeed, launch on July 9. It also confirms the availability of the 120Hz refresh rate panel along with the 5G connectivity support. The teaser also reveals the front design of the smartphone. As you can see, iQOO Z1x will feature a punch-hole cutout on the top right corner housing the front selfie camera. Sadly, the teaser doesn’t talk about anything else. With that said, we should expect more teasers to come forward in the coming days.

For those who’re unaware, the Z1x appeared on TENAA listing yesterday, revealing specs and features along the side. To recall, the device will arrive with a 6.57-inch TFT screen with Full HD+ panel. Under the hood, the phone will run on Snapdragon 765G chipset paired with 6GB/8GB RAM and 64GB/128GB/256GB onboard storage. In terms of optics, we’re looking at a triple-camera module on the back with 48MP primary sensor paired with two 2MP lenses. For selfies and video calling, we will see a single 16MP front snapper housed inside the cutout.

For biometrics, there is a side-mounted fingerprint sensor and we should also see software-based face recognition. The device is rumoured to come with 4,880 mAh battery with the support of 33W fast charging.

At the time of writing this, we don’t have any concrete information on the pricing or availability of the smartphone. The previous report points towards a price tag of 1,400 Yuan (i.e. $200) for the 6/128GB version. It is already known that the company, for the first time, is adding a mid-range smartphone to its product portfolio. It would be interesting to see how well the device manages to perform in the aggressive mid-range segment, especially in markets such as India.