One of the most popular Xiaomi products includes their fitness bands. Xiaomi is a brand that aims to give more value to the user. And hence, their fitness bands are inexpensive even though they are full of features. The latest fitness band is the Mi Band 5 which was launched recently in China. Unfortunately, Xiaomi doesn’t sell their Mi Bands officially in the US. But good news has popped up which suggests that the Mi Band 5 is coming in the US.

The manufacturer behind the fitness bands is Huami which is operating in the US. You may have heard the name “Amazfit” before, that belongs to Huami. And the Mi Band 5 is expected to be re-branded and launch as Amazfit Band 5 in the US. According to the report by Android Authority, Amazfit Band 5 has gone through FCC certification which hints at the US launch. There are also other hints, such as the presence of a successor to Mi Band 4 in Amazfit application. 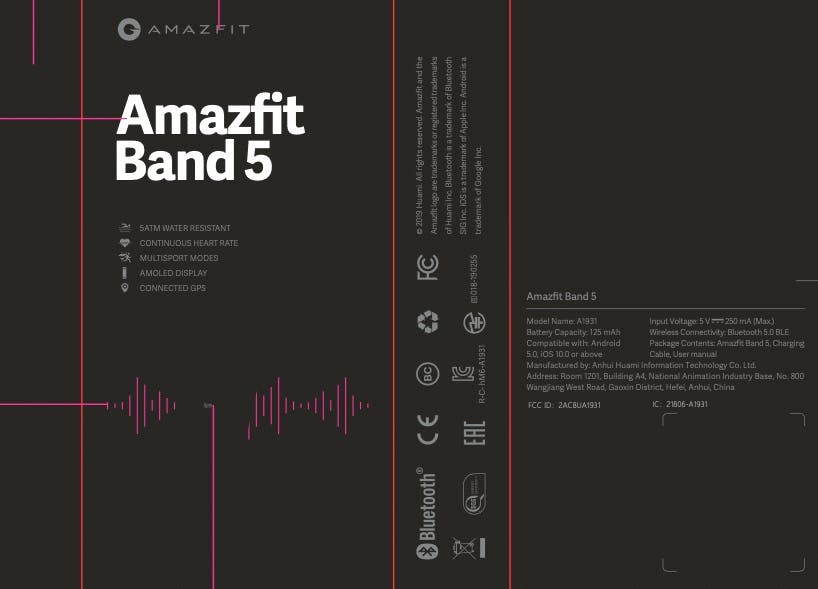 The FCC not only gives us a hint at an upcoming fitness band but also approves that the Amazfit Band 5 is actually the Mi Band 5. The poster by FCC shows some specifications of Amazfit Band 5 which are also present on Mi Band 5. Water-resistant, continuous heart rate, multisport mode are to name a few.

For the European markets, we can expect a global version of Mi Band 5 to launch soon. If you’re excited about this upcoming budget-oriented fitness band, then let me give you the specifications overview.

Mostly, we get a tiny display on fitness trackers which look awful. But the Mi Band 5 comes at a 1.1-inches display, which isn’t huge but still bigger than the competitors. What makes the display even special is the punchy colors. Thanks to AMOLED display on the Amazfit Band 5, you’ll get punchy and vibrant colors which believe me is a lot better than a regular display. 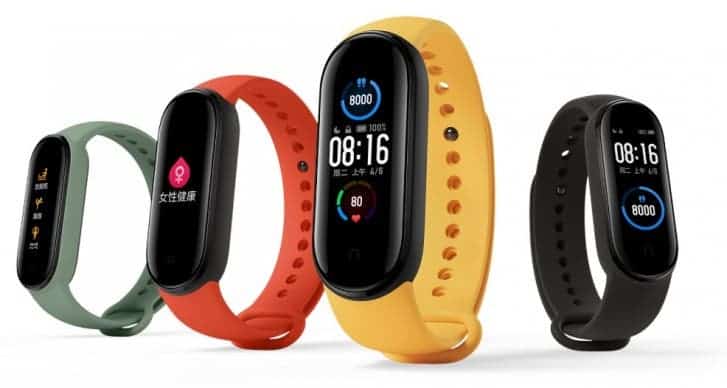 Talking about the customization, there are multiple skins. and they are not like any other. Your fitness band can have Spongebob Squarepants or Neon Genesis Evangelion’s face. Moving forward to the fitness features, there is 11 sports mode including:

The fitness band also features improved sleep tracking and blood oxygen tracking. As well as women’s health and PAI scoring system. Moreover, NFC and voice assistant also comes with the Mi Band 5. All the things are led by the 125mAh battery which is said to rock 14-day battery life.

The release date and pricing for Amazfit Band 5 is not confirmed yet. Although you can expect a $30-$35 price tag for the Amazfit Band 5.