For a long time on the Web, the issue of 100-watt charging has been discussed, which by the end of this year Xiaomi should roll out for one of its smartphones. However, it may happen that Xiaomi will not be the first. The fact is that Realme also has a corresponding project. This was told by @ishanagarwal24 with reference to a “trusted source”.

A reliable source tells me that #realme’s developing a 100W+ fast charging tech to be revealed in July. It might be called "Ultra Dart" and can charge 1/3rd of a 4000mah+ battery in just 3 mins.

As you can see in the image, 11660mA indicates almost 120W of charging speed. pic.twitter.com/tfjJZFHiPx

It is expected that the so-called Ultra Dart Charge charging with a power of more than 100 watts will be presented later this month, and its capabilities will allow you to charge a third of a battery of 4000mAh in just three minutes. At the same time, a specific smartphone with support for “Ultra DART Charge” has not yet been mentioned. Realme has not yet announced its future plans.

Recently, Chinese insiders claim that Xiaomi will be the first company to show a smartphone with ultra-fast charging at 100 watts. But what model is the first to offer this feature, there is no reliable information. 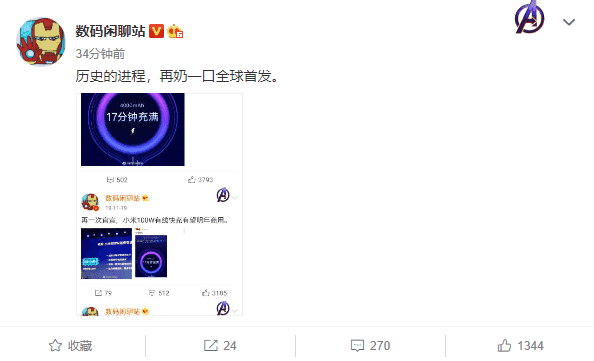 There is also a big question of safety. In time past, we have seen mobile phone batteries explode when charging in certain unfavorable conditions. Netizens are skeptical. If you ask me, the 27 minutes full charge for a 4000 mAh battery delivered by the 65W fast charge is just enough.

Next Several LG smartphones will be upgraded to Velvet UI