In March this year, Oppo unveiled the Oppo Find X2 series after a long year of hiatus. However, the company also announced a new product that marked its big entrance in the world of smartwatches – The Oppo Watch. Despite the growing demand for good smartwatches in the world, the Oppo Watch is yet to leave the domestic scene. According to a recent FCC listing, the wearable will make it outside of China pretty soon, and apparently, one of the first markets where it will land in India.

According to industry insiders, the Oppo Watch official international debut will happen alongside the Oppo Reno4 Pro 5G. This is likely taking place between July 20 and 24. Now that the Global version is ready to hit the shelves in India, we can expect to see it reach more markets in the coming months.

The Oppo smartwatch flaunts a 1.9-inch AMOLED display. That’s a hyperboloid flexible display. The wearable is available in two sizes – 41mm and 46mm. Two physical buttons are present on the watch for a better feeling of control. The watch boasts an aluminum casing which surely gives a premium appeal. As far as performance is concerned, we have a Snapdragon 2500 Wear Mobile Platform leading the show. Storage-wise, we have 8GB of RAm. The watch supports cellular connection via eSIM.

One of the biggest appeals of the Oppo Watch is its ECG feature. That is a hot feature that is currently available in a few select devices. Of course, this feature’s availability will vary by country as it needs country’s specific health certifications.

The Oppo Reno 4 Pro 5G flaunts a 6.5-inch FHD+ AMOLED display. According to recent reports, the Global variant will have a 120Hz refresh rate, while the Chinese one boasts a 90Hz panel. Under the hood, the device carries a Snapdragon 765G ensuring a decent mid-range performance with 5G connectivity. 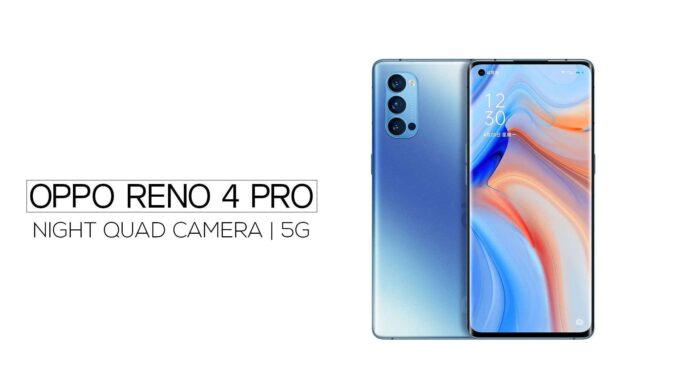 The device has a triple-camera array which is led by a 48MP main camera with Optical-Image-Stabilization. There is a secondary 12MP low-light sensor and a 13MP telephoto unit. On the front, there is a 32MP selfie snapper living inside of a punch hole. It draws power from a 4,000mAh battery with blazing 65W fast-charging. Interestingly enough, the device ships with ColorOS 7.2 straight out of the box, and it’s based on Android 10.

Pricing details should emerge for both Oppo Watch and Reno 4 Pro Indian units in the coming weeks.

Previous Redmi Note 9 Is Coming To India, Here Are The Specs and Expected Release Date

Next Realme may introduce 100-watt charging later this month