LG, once popular in the smartphone market, has now decided to excel in the mid-range and the budget price segment. This is evidenced by the leak that appeared today, which revealed the characteristics and appearance of the upcoming LG K31.

Information about the device was found in the Google Play Console. In the screenshot, we see the image of the front panel and other details about the smartphone. The smartphone has wide frames and a large waterdrop notch and low specifications.

It seems that the smartphone has a regular IPS screen with a resolution of 720 by 1620 pixels, a MediaTek Helio P22 processor and only 2 GB of RAM. Also, we have an indication that the tenth version of Android is preinstalled. 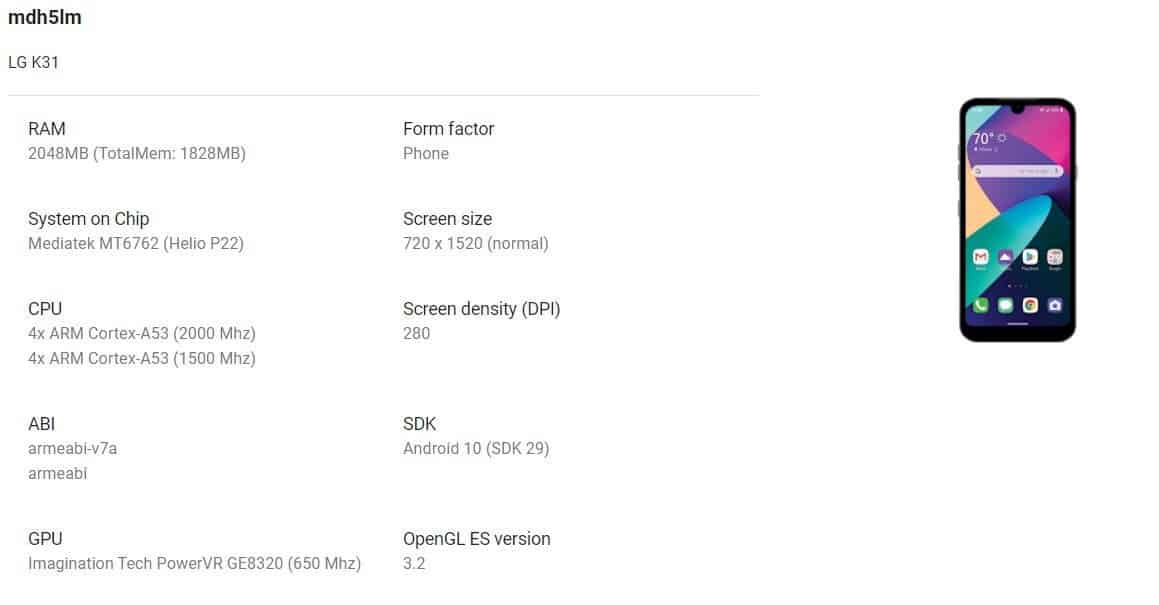 Unfortunately, no more specifications could be found, but the appearance of the device in the list indicates its imminent launch.

It is worth to mention that recently, LG has presented its new Velvet smartphone last month. The Velvet model stands out from other devices by its simple and good looking design. But the good impression was spoiled by the high price, which Koreans want to fix by releasing a version without a 5G modem.

Yes, LG Velvet will arrive with Snapdragon 845, which is the chipset that was present in the flagships of 2018. It has similar capabilities to the mid-range Snapdragon 765 SoC but has one big advantage. It is noticeably cheaper to buy. In this way, LG can significantly reduce the price of this version of the smartphone.