Soon, Lenovo Legion will become part of the gaming smartphone segment. We already know for sure that it, together with Asus ROG Phone 3, will open a lineup of devices with Snapdragon 865+. And there is also the possibility that it will offer support for 90 W fast charging technology. And before the release of new products from Oppo, Vivo and Realme, it may receive the title of the owner of the most powerful charge. 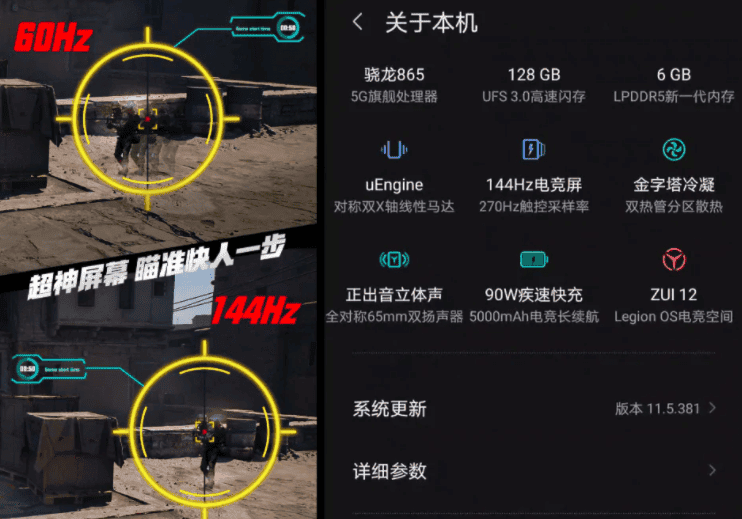 Before the announcement on July 22, the company revealed a number of details about Lenovo Legion. So, the manufacturer claims that the novelty will be the first among smartphones in terms of another feature – two heat sink tubes in the cooling system. They should help to effectively cool the temper of the Snapdragon 865+, whose peak frequency has been brought up to 3.1 GHz. In addition, they will offer 14 sensors that will monitor the heating level of the smartphone.

The manufacturer also confirmed that Lenovo Legion will receive a display with a refresh rate of 144 Hz. In addition, a video was leaked to the network, where they showed the Legion OS interface, which will be installed on the gaming phone. Rumor has it that the user interface has become a redesigned version of ZUI 12 based on Android 10 and has a system-wide dark mode.

Recently, the AnTutu result confirms that the device will use the Snapdragon 865+ chip, which is an overclocked version of the flagship Snapdragon 865 SoC. 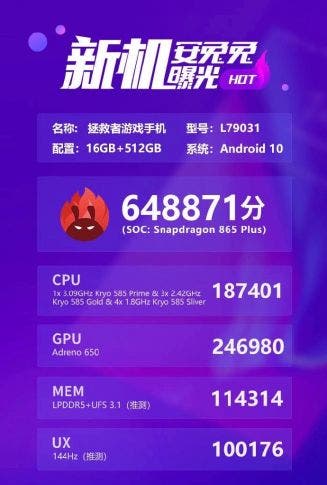 Previous leaks revealed most of the core specifications of the upcoming Lenovo Legion. In addition to the already named top-end processor and the huge amount of memory, Lenovo Legion will receive a 20-megapixel pop-up selfie camera. In addition to two sensors at the back – at 64 and 16 MP. We should expect a 4000 mAh battery and a quick charge of 90 watts.

Next Despite the US ban, Huawei has reported revenue growth in the first half of 2020