Realme has finally launched the budget C11 smartphone in India. The device which debuted in Malaysia a few days back comes with a refreshing square-shaped camera cutout. It starts at Rs.7,499.

The Realme C11 features a 6.5-inch HD+ display with a resolution of 1600×720 pixels. It has a water-drop style notch and covers 88.7% of the screen-body ratio with slightly thick bezels at bottom.

Powering the device is Mediatek’s Helio G35 SoC paired with LPDDR4x RAM and eMMC storage. As for optics, it has a new square-shaped cutout at the back. The rear fuselage has textured finish with a dark colour accented line holding the Realme logo and running across the camera layout. 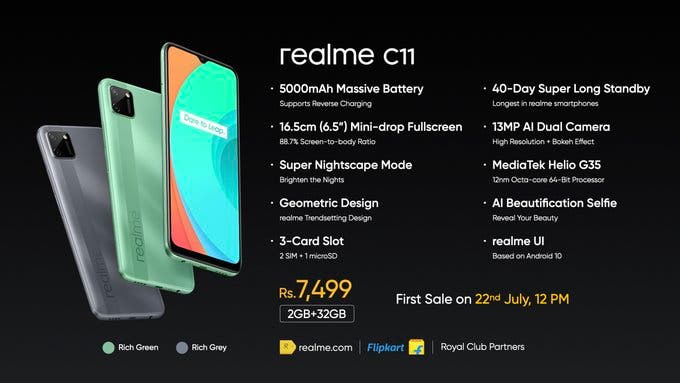 Additionally, Realme emphasized the new Geometric design of the smartphone and talked about the Helio G35 SoC. It is a 2.3GHz process and Realme claims it will bring a 41.3% leap in benchmark scores compared to the older Realme C2. It also has the LPDDR4x RAM to aid gaming with a 100% improvement over the older LPDDR3.

There is a 13MP Primary shooter which has an f/2.2 aperture and a 2MP secondary sensor. Selfies are handled by a 5MP f/2.4 sensor at the front. 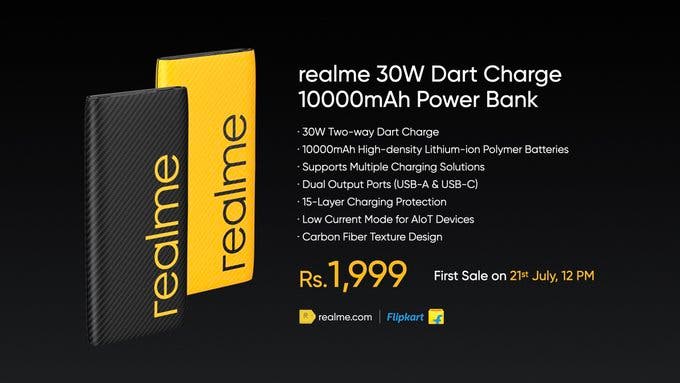 Priced at Rs.7,499 (~$100), the single 2GB/32GB variant of the Realme C11 will be available for sale starting July 22nd, 12 PM on Flipkart and Realme’s website. Realme also said that the device will soon be available across multiple offline retailers very soon.

Next More details about Lenovo Legion gaming smartphone has appeared