Chinese manufacturing giant, Huawei, officially released the EMUI 10.1 update with the Huawei P40 series in March. Since then, it has been releasing this update gradually to Huawei and Honor phones. The company has now officially announced that 39 Huawei and Honor devices now have the EMUI 10.1 update. This also includes those that the Magic UI 3.1. According to the company, you don’t have to worry about other models, they will get the update soon. 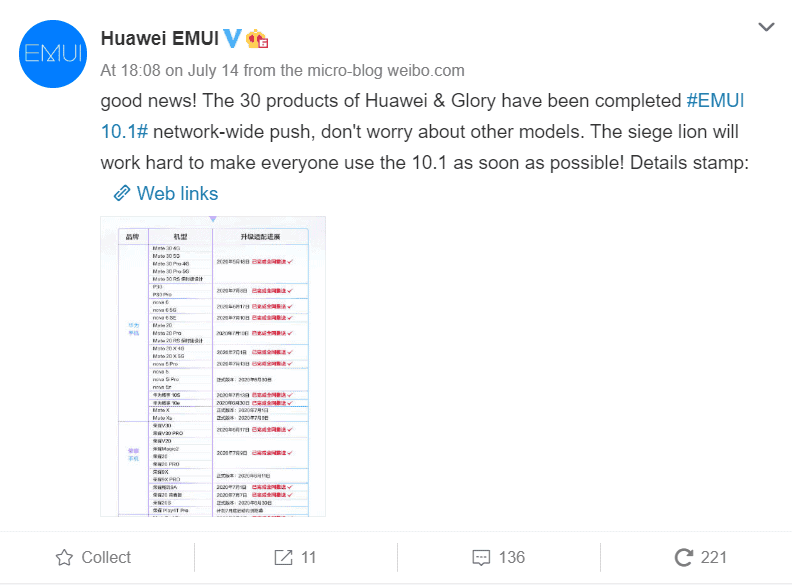 It is interesting to note that this update is not only rolling out in China for some of these devices. Huawei phones in Western Europe, Northeast Europe, Middle East Africa, Russia, and Central Asia, Latin America, Canada, and Japan are also getting EMUI 10.1 update.

To download this update, users generally have two options. You can either choose to get it from the Download from your system settings option or from the support app.

The latest buzzing Huawei report is its ban by the British government. According to the British government, Huawei’s 5G products are currently based on many American technologies. The recent sanctions by the U.S mean that Huawei’s supply will be affected. Technical experts of the National Cyber Security Center (NCSC) believe that this will force Huawei to reconfigure its supply chain. However, the British government does not have sufficient confidence in any of Huawei’s alternatives. Furthermore, the U.K government believes that “new restrictions make it impossible to guarantee the security of Huawei equipment in the future”.

Here is a summary of the decision by the U.K to ban Huawei