Chinese manufacturing giant, Xiaomi, is currently working on a flagship smartphone which is a high-version of the Mi 10 series. There are reports Xiaomi’s upcoming flagship will be a “Super Large Cup” version of the Mi 10. While we await the arrival of this device, the recent Weibo activities of Xiaomi’s founder, Lei Jun, give us some clue to what this device will offer. 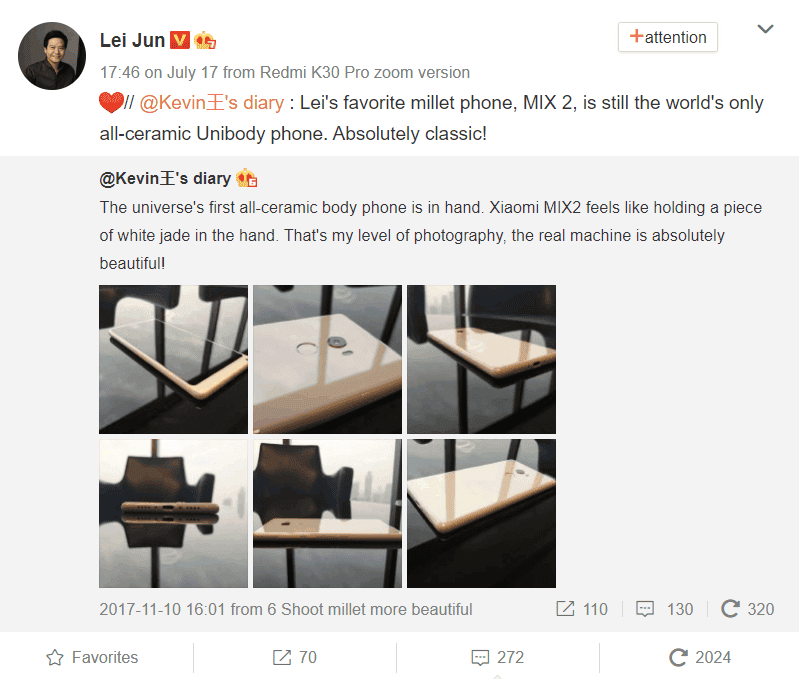 In recent times, it appears that Lei Jun is “obsessed” with the Xiaomi Mi MIX 2 ceramic version. He recently said a lot about the details of this phone. Furthermore, he posted a plethora of images of this phone too. This smartphone is about three years old, why will Lei Jun say so much about it now? The emphasis of his messages seems to be on the ceramic body. Is he passing a message to us? Will Xiaomi’s upcoming flagship use a ceramic body? Probably Yes. More information from Xiaomi officials and leaks lend credence to this.

A Weibo profile which uses the tag “Member of the Xiaomi Community Answering Group” and works for Xiaomi, said that this is a preheating f the Xiaomi Mi 10 super large cup with a ceramic version. 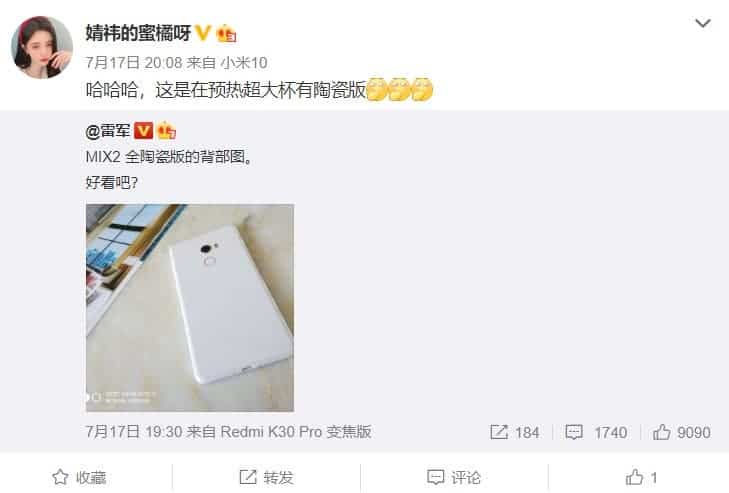 Furthermore, popular Weibo leakster, Digital Chat Station, says that Xiaomi’s new flagship engineering machine has a ceramic version. After the series of Weibo posts from Lei Jun, he wrote “the official warm-up”. This suggests that the Xiaomi Mi 10 super large cup will have a ceramic version. This smartphone is most likely the next flagship device from Xiaomi. 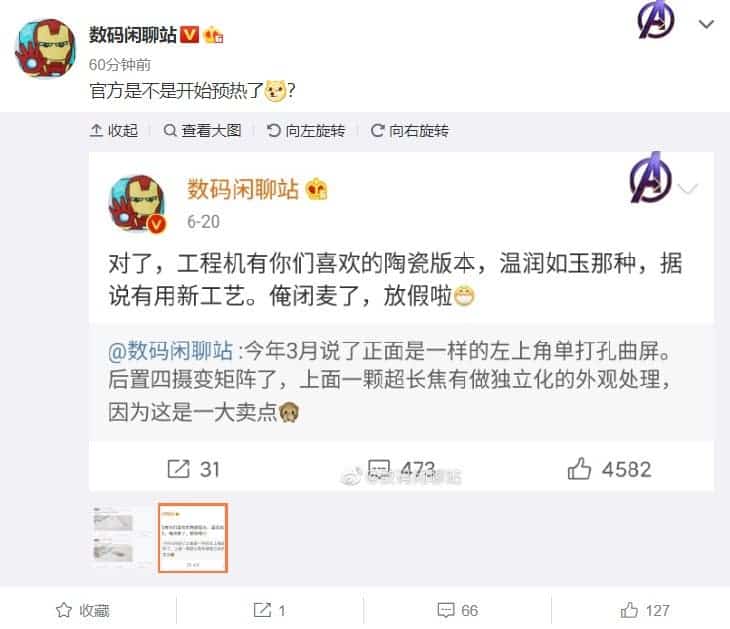 This also means that official information on Xiaomi’s new flagship 5G mobile phone will be announced soon. This week, the Xiaomi 5G mobile phone with the model number M2007J1SC passed the Chinese 3C certification. The listing shows that this device comes with a 120W (20V, 6A MAX) charger. Furthermore, there are also report that Xiaomi will not just release a high-power charger. The applicant and manufacturer of this Xiaomi 5G mobile phone are Xiaomi Communication Technology Co., Ltd., and the production plant includes Fuzhikang Precision Electronics (Langfang) Co., Ltd.

Digital Chat Station speculates that the company will also increase its battery size. Unfortunately, it did not say the capacity of the battery. Presently, the Xiaomi Mi Max 3 and Xiaomi Mi Max 3 Pro use the largest ever battery in Xiaomi’s history. Both smartphones come with a 5,500 mAh and 6000 mAh battery respectively. With this high power charger, whether Xiaomi will exceed its highest battery capacity remains unknown.

Next Chinese smartphone brands account for 80% of the Indian market