A couple of days ago, Huawei’s intentions of releasing a new smart band were revealed. The company will soon introduce a new Huawei Talkband 6 with new features. The leak which revealed the B6’s existence provided images and even a hands-on video giving us a good glimpse of the new wearable that doubles as a Bluetooth Headset. Now, more images have surfaced revealing its color variants.

The new photos were posted by the very same leaker. The images show four color options Huawei Talkband B6 will come in. There is a stainless steel version, a beige leather variant, two silicone strap versions in Red and Black. The big news here is the steel strap variant since the other three already appeared in the first leak.

The Huawei TalkBand B6 comes with a 1.53-inch curved AMOLED display. It also has a built-in voice assistant and FIRSTBEAT professional sports coach. It also includes 24-hour heart measurement functionality. This is complete with SP02 measurement, sleep tracking, app notifications, and several other smart features.

According to the least, the TalBand B6 will boast Huawei’s Kirin A1 chipset. The Kiri nA1 is Huawei’s first wearable chip that supports both wireless audio equipment and smartwatches. It is certified with Bluetooth 5.1 and Bluetooth Low Power 5.1. This chip integrates Bluetooth processing unit and audio in a compact size of 4.3mm x 4.4mm. To solve the earphone disconnection problem caused by Bluetooth and signal interference, the Kirin comes with an AI self-developed dual-channel synchronous transmission technology. 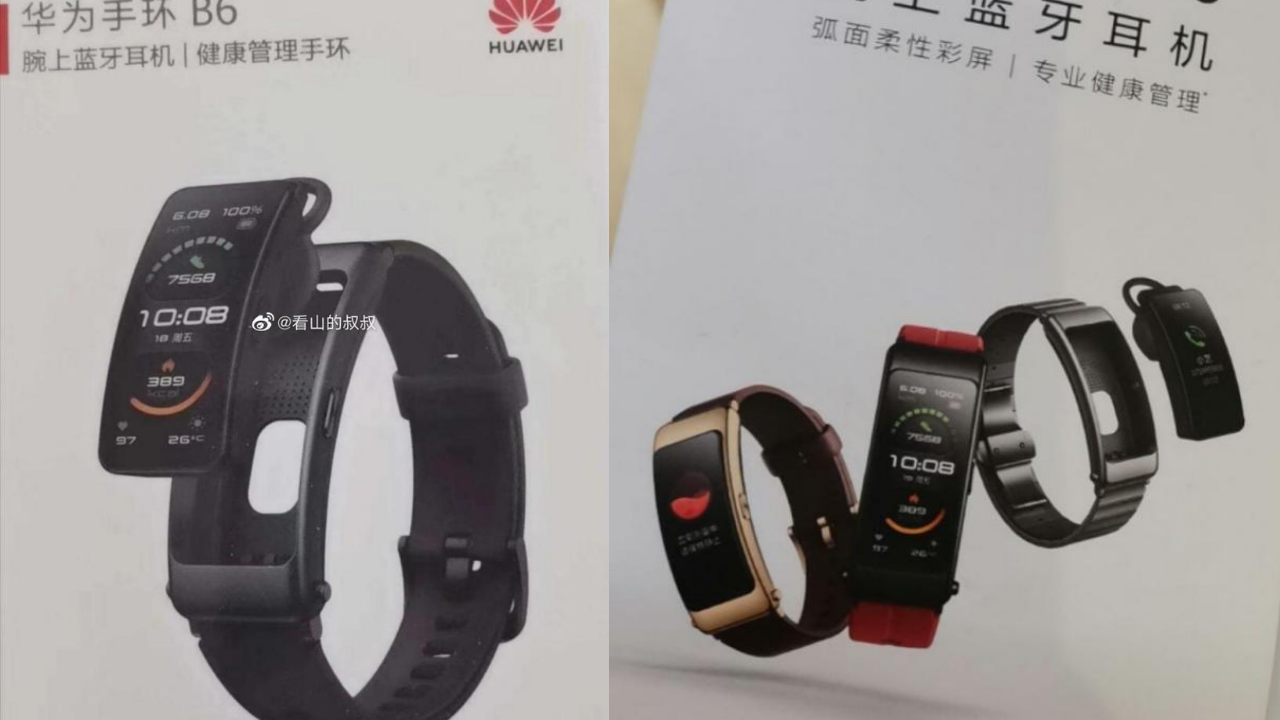 It can realize the signals of the left and right channels directly from the smartphone terminals. Moreover, synchronous transmission power consumption is reduced by 50% and the delay is reduced by 30%. The Kirin A1 makes use of the unit BT-UHD Ultra HD Bluetooth coded technology. It offers a maximum bandwidth of up to 6.5 Mbps. This greatly increases the transmission speed, which is 2.8 times the Bluetooth standard transmission speed.

This chipset will offer performance, great audio quality, low latency, and great power management. The headset has a range of 150 meters which is simply amazing. It also comes with fast-charging via USB-C port. Users will be able to talk for up to 4 hours after a few minutes of charging.

The device’s launch date still is a mystery, but considering the leaks, it won’t take much longer.