While we all await the official arrival of the 2020 iPhones, we are getting more speculations regarding these devices. Many smartphone users have reservations about Apple devices mostly because of its price. In fact, the iPhone 11 priced itself out of the market initially. Apple had to activate a couple of price cuts to rejuvenate its sales. Furthermore, the company had to launch the iPhone SE (2020) which is quite “cheap”. The low price trend has become one of the keywords of this year’s iPhone. Now, there are reports that Apple will release the iPhone 12 4G version in March next year. 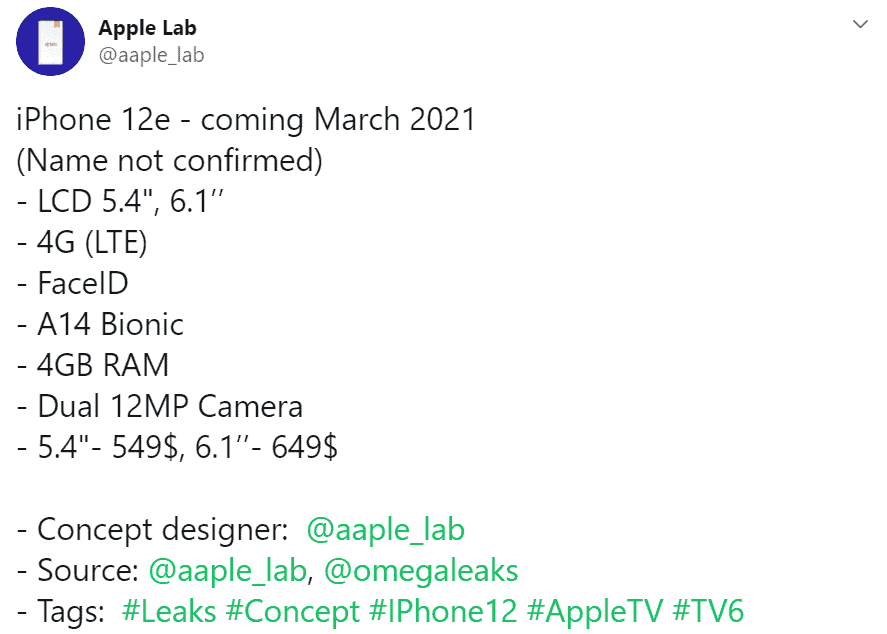 Unfortunately, we can not confirm the authenticity of this report. Furthermore, there is no confirmation of previous leaks from this source that turned out to be true. Thus, it is best to take this information with a grain of salt. It’s just simply interesting to see that Apple is making some efforts to lower the price of the iPhone. This has been the wish of many phone users over the years.

A recent report claims that the iPhone 12 currently being proofed by Pegatron’s factory and it is available in 5G and 4G versions. It is reported that the staff of some equipment manufacturers in the factory revealed: “Pegatron has three iPhone 12 models in proofing, and each model is available in 4G and 5G versions”. Some believe that the speed of 5G development in countries around the world is not consistent, and there is still a relatively large market space for 4G. If there is a significant price difference between the 4G version and the 5G version of the iPhone 12 series, it would be a more attractive choice for consumers.