Xiaomi has been making TV products for a long time. And after the launch of the TV sticker, we can say that it covers the whole assortment of products of this niche. Moreover, its TV products are very popular and have gained popularity in many big markets such as China and India. Today, Xiaomi TV’s official Weibo channel provided interesting news. It turns out, in the first half of 2020, Xiaomi Mi TV shipment volume ranks first in China. Thus, it has ranked first for six consecutive quarters. 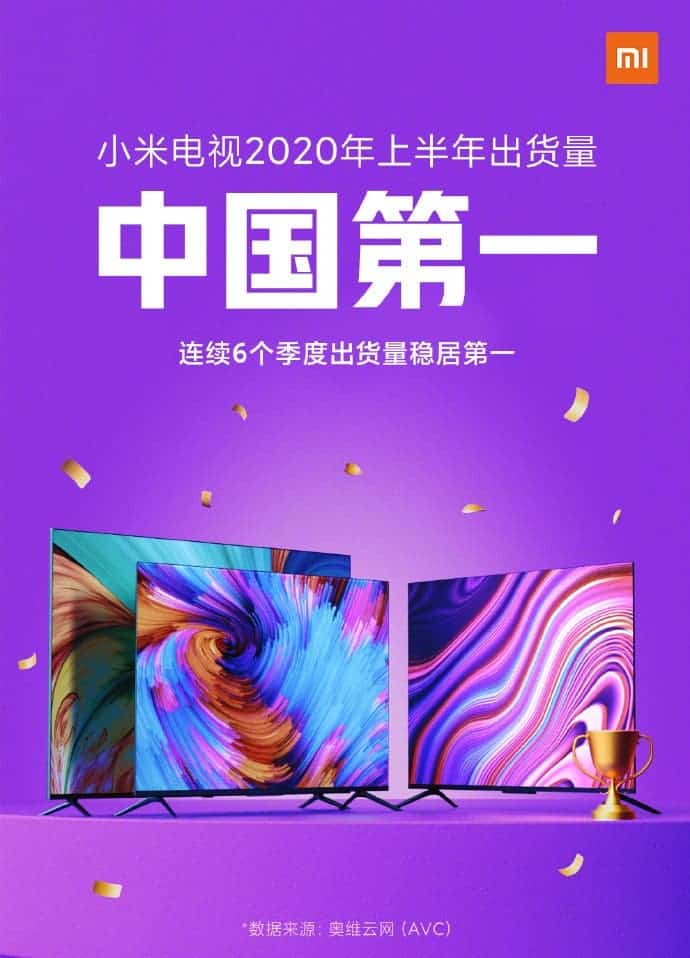 In 2019, Xiaomi TV shipments and sales volume both ranked first in China for the year, of which the annual shipment reached 10.46 million units. So it became the first TV brand in the history of the Chinese market with an annual shipment of over 10 million. Lei Jun, chairman of Xiaomi Group, said last year: ‘As the largest screen and the most interactive home appliance, TV has naturally become a hub product of AIoT. Xiaomi will use major appliances as one of the core puzzles of the blueprint for sustainable development in the next 10 years.’

In fact, there is no secret behind the success of Xiaomi TV. That time, Li Xiaoshuang said that each generation of Xiaomi’s TV is of high quality. In addition, each generation comes with a cool feature.

However, we should also note that not that long ago, Xiaomi released its first true premium-class TV product, namely the Xiaomi Mi TV Master. This TV comes with an OLED panel as well as a full-screen bloom. As for the size, it is a 65-inch TV that supports a full-pixel independent light control. Furthermore, it supports a true 10bit professional-grade color depth, professional display-grade color quasi-Delta E1.5, and P3 wide color gamut. As for the price, the Xiaomi TV Master 65-inch OLED TV comes with a 12,999 yuan ($1840) price tag.

Previous PUBG Mobile (and CoD Mobile) could get banned in India