Huawei’s Mate series has been always launched in the second half of the year. 2020 is not going to be an exception. Though we have seen too many renders, there are not many leaks showing the actual look of the Huawei Mate 40. Today, a Weibo blogger showed the screen protector of the Mate 40 Pro. 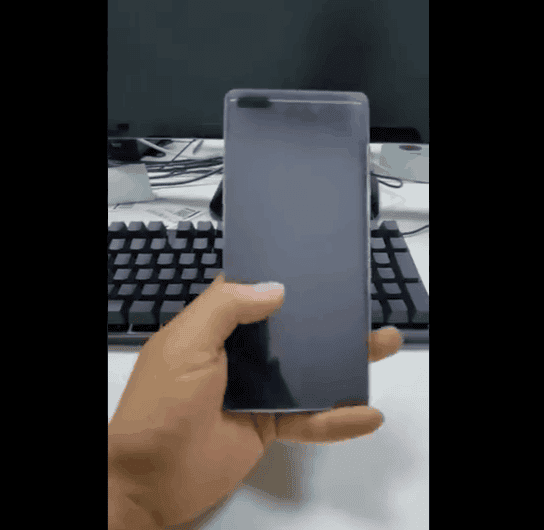 Considering that the Mate 20 Pro and Mate 30 Pro both support 3D face recognition, there has been every reason to think that the Mate 40 Pro will retain this technology. But it’s impossible to implement on a hole-punch screen design.

Well, the screen will be one of the biggest highlights of the Mate 40 Pro. But it is also expected to be very powerful in terms of hardware and performance. Like other Mate series handsets, it should sport Kirin’s next-generation flagship SoC. It is not yet certain what the specific name of the next-generation Kirin flagship Soc will be. But we think it will be either the Kirin 1000 or the Kirin 1020.

There is even news that the Huawei Mate 40 series will provide two different chip versions. While the Chinese version is expected to come with a HiSilicone chip, the international variant may go with a Dimensity chip. But these are rumors and yet have to be confirmed.

As usual, the Mate 40 Pro will be released after Kirin’s new SoC is out. So it may be released in late September.

Previous Galaxy Note 20 will make use of a heavily optimized Exynos 990, rumor suggests

Next iPhone Sales in China Surged 225% in The Second Quarter