The Motorola Moto G9 Plus seems to be an imminent release as it has just received FCC certification. A few days ago, we reported that the handset was spotted at TUV Rheinland’s database with a 4,700mAh battery and 30W fast-charging. Now, the very same phone sporting XT2087-1 model number was spotted in the FCC database. We get more details about the key hardware features. Interestingly enough, there’s another variant of the G9 Plus with the XT2087-2 model number, but the differences are not clear at this moment. Motorola released the Moto G8 Plus in October last year. For that reason, we believe that the new sequel is in line for a release.

The Moto G9 Plus will feature dual-band Wi-Fi, NFC, and Bluetooth BR/EDR/LE. Moreover, the handset is also confirmed to come with FM Radio support and a 4,700mAh battery which bears the MG50 model. Interestingly enough, the phone was also spotted at a Spanish retailer with a 277 Euros price tag. This price stands for the variant with 4GB of RAM and 128GB of Internal Storage. Unfortunately, we still have no clue about the chipset coming with this handset. The most plausible choice at this point seems to be the Snapdragon 720G. The company usually sticks with Snapdragon chipsets on its Moto G Plus smartphones. Qualcomm’s 8nm Octa-Core would put this phone in direct competition with mid-range phones from Xiaomi and Realme. Anything below the SD720 would be greatly disappointing at this point. 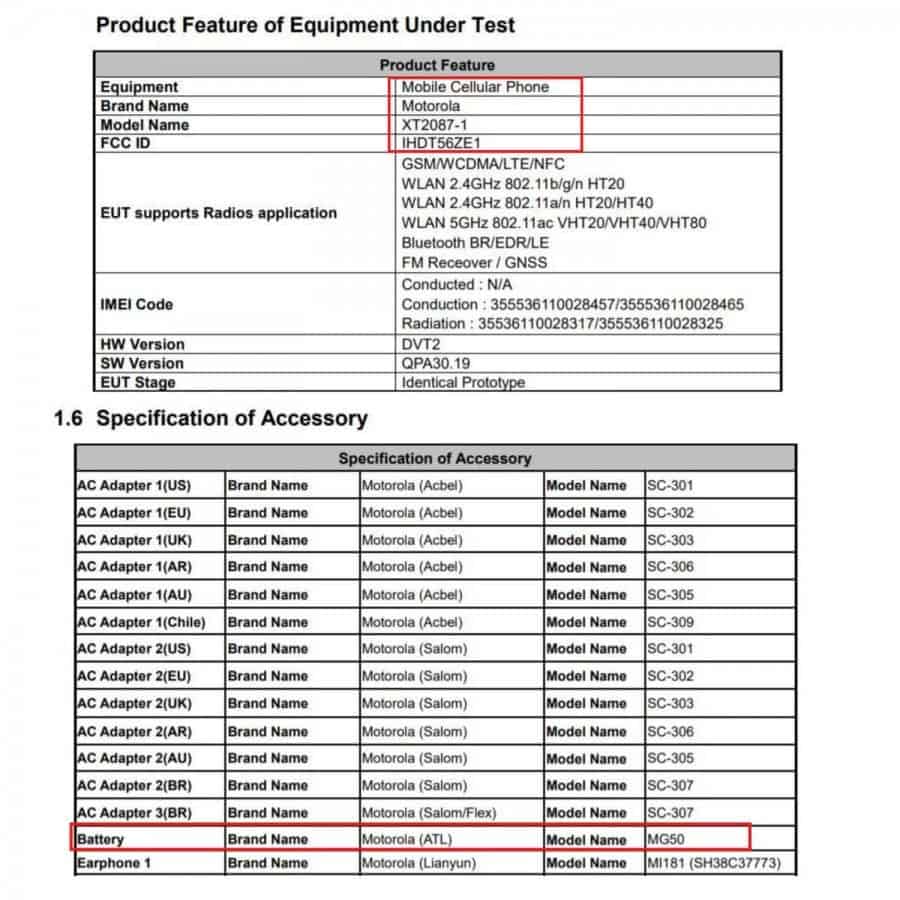 Worth noting that the 30W fast-charging may be pretty satisfactory for the pricing point of this handset. After all, there are many companies that still put the 18W as the standard. To not mention others that are shipping mid-range phones with micro-USB ports. At the moment it’s unclear if the 4GB/128GB variant will be the only one or if Motorola will be bringing multiple variants of this handset. Considering the certification processes this device has passed through we believe that it will land in the market as soon as in the next month. Unless Motorola decides to keep it under wraps until the IFA Berlin season, which is highly unlikely to happen.

Unfortunately, the Moto G9 Plus will be a 4G only smartphones. Motorola will not be making a jump to the fifth-gen network this year. If you want 5G, the company already sells the Moto G Plus 5G, which should be the only smartphone of the series with 5G this year.

Next Apple confirms the iPhone 12 shipments will be delayed