A few months ago, we talked about an upcoming option from Google, which in functionality would repeat Apple’s AirDrop. Well, it seems that Google plans to roll out its feature to all Android devices starting with version 6. And, apparently, for this, you will not even need to install additional applications. It’s called Nearby Share. 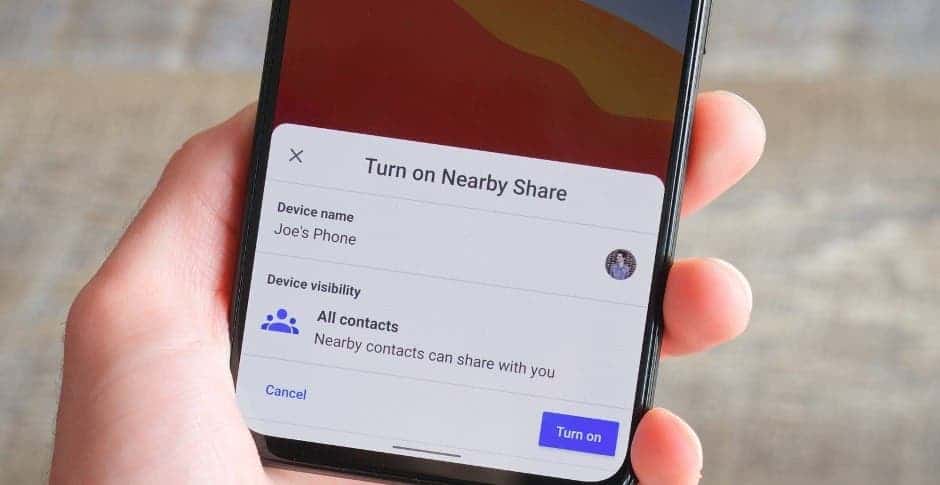 Nearby Share will make it easy to share files, photos and links between devices. Its huge plus will be the intelligent choice of the best sending method. Naturally, the choice is automatic.

When announcing this feature, Google clarified how seriously it takes privacy. So, when you provide access to files on the device, the information about the sender and recipient will be encrypted. You can also choose which devices your smartphone can see. Visibility can be enabled for all devices within range, or individually selected. You can also make it so that your device remains hidden.

Google also said that Nearby Share should appear on more operating systems in a few months, starting with Chromebooks. Thus, it will be possible to exchange files between Android devices and Chromebooks.

Starting today, Nearby Share is still available to a narrow list of Google Pixel and Samsung owners. Other devices will receive this feature in the coming time.

Last year, there were reports that Google would launch a new file sharing tool called Fast Share. This tool is not only an alternative to the defunct Android Beam but it is also similar to Apple AirDrop. At the time, there was no leak or developer insight into this feature. However, we recently got some progress in the development of this tool from the Android 11 developer preview.

Specifically, some developers found evidence of the sharing tool in the Android 11 DP2 Preview Release Notes. The reference was found in a bug report in the “Known Issues: Android Platform” directory in the comments. According to Google, there will be differences in the user interface when sharing files with two Pixel 4 devices. The issue with the feature, for now, is that the receiving device may show “file-sharing activity failed” when the operation was actually successful. This is the first note in which “Fast Share” appears. It obviously implies that this tool will indeed exist.

Next Samsung Galaxy Z Fold 2 Officially Unleashed: No Price Yet