Samsung has finally put an end to all the rumors, leaks, and renders at its Galaxy Unpacked 2020 launch event. As expected, the chaebol has launched a plethora of flagship products for the tech community to feast at. Samsung is teasing its Galaxy Watch 3 as the most advanced health monitor on a smartwatch. Well, let’s take a brief look at the newly launched wearable and find out key details along the way.

For those who’re unaware, the Galaxy Watch 3 succeeds the original Galaxy Watch that brought the whole physical bezel to the consumer. Well, the next-gen wearable also retains the same differentiating factor. The wearable comes in two different sizes namely 41mm and 45mm featuring 1.2-inch and 1.4-inch display respectively. Unlike the original offering, the Galaxy Watch 3 has slimmer bezels allowing the brand to put in large screens while still using the smaller footprint.

Another key change in the design is the addition of circular buttons instead of the traditional ones. According to the brand, the all-new wearable is thinner and smaller while also being about 15% lighter. Coming to the strap, the wearable will arrive with premium quality genuine leather strap. Since we’re still on the design, let’s talk about the customization on watch faces. Samsung is offering 40 different complications meaning you can heavily customize your watch face as per your preferences.

Under the hood, the Galaxy Watch 3 makes use of Exynos 9110 chipset paired with 1GB RAM and 8GB of onboard storage. The improvement in the storage will come in handy for those who like to store music and podcasts to listen to them right from the watch. As expected, the new TizenOS 5.5 brings some pretty interesting features to the table. One such addition is the hand gestures. You can easily receive calls by clenching and unclenching your fists. You can also rotate your wrist to stop alarms or deny calls. 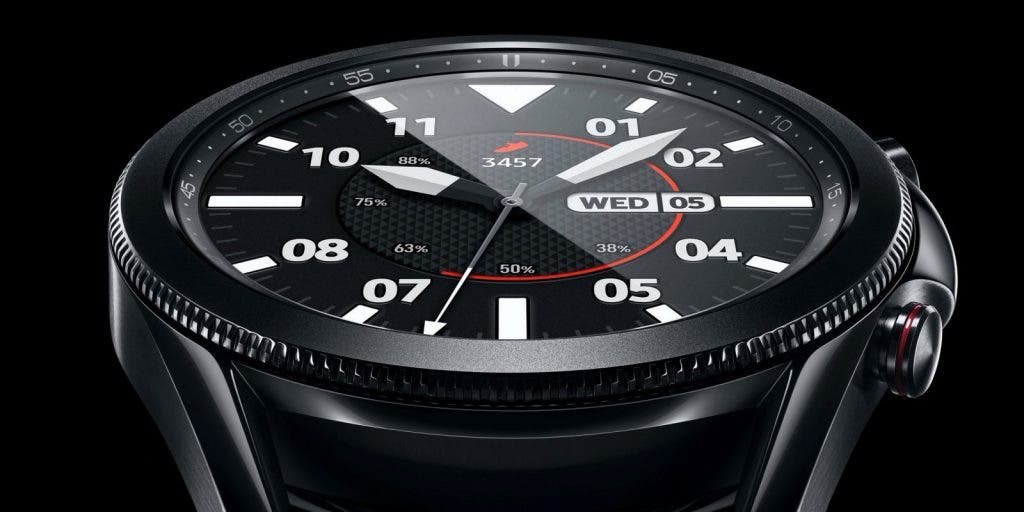 As mentioned earlier, Samsung is teasing this new product as an advanced health monitor on a smartwatch. Well, it comes with the good old 8 pulse-reading photodiodes and an electrocardiogram. For the new features, it packs in fall detection and SpO2 level measurer. The former will alert up to four contacts while the latter will measure the oxygen saturation levels in the blood.

With that said, the smaller version will make use of 247 mAh battery while the bigger brother will pack in 340 mAh cells.

The all-new Galaxy Watch 3 will be up for grabs starting from tomorrow i.e. August 6 in various markets. The 41mm variant will set you back $400 while the larger 45mm option is priced at $430. Coming to the color options, you can choose between Black, Silver, and Gold/Bronze. It is worth noting that, currently, the stainless steel variant is only available. The titanium version will see the launch in foreseeable future.

Next Samsung Galaxy Tab S7 / S7 Plus With Snapdragon 865+ Announced