Samsung Galaxy Note 20 & Note 20 Ultra are now finally revealed officially. The Note 20 series have been in the leaks for quite some time now, and it comes out all the leaks were true. We are getting the new bolder design language on the Note 20 series and a few upgrades. 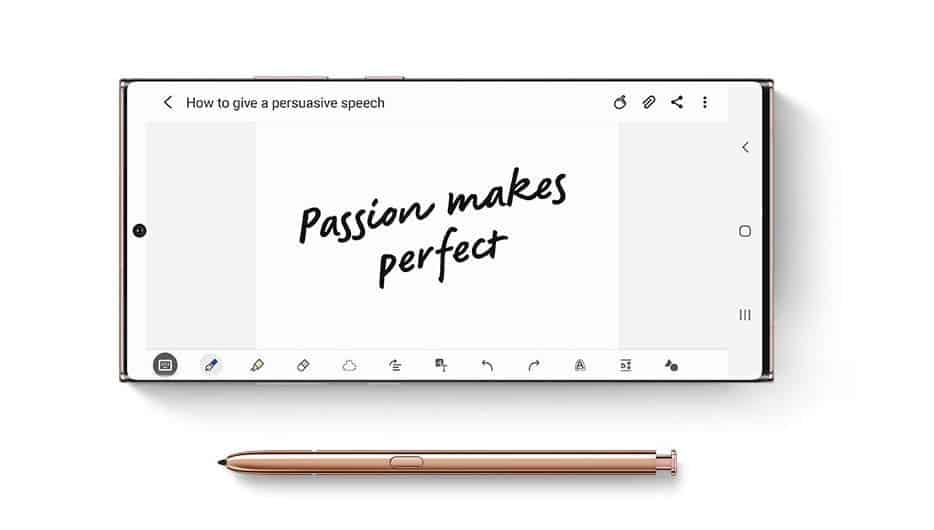 Starting from Samsung Galaxy Note 20, it comes with a 6.7-inch 2400×1080 AMOLED display. An old 60 Hz refresh rate, which is below the current standards has been used on the vanilla model. A triple rear camera setup enclosed in a big module is led by a 12-megapixel primary sensor. The setup comes with 64-megapixel telephoto and a 12-megapixel ultrawide. The tiny dot hole notch, which is called “Infinity O-Display” houses a 10-megapixel selfie shooter.

The most powerful Snapdragon 865+ is present on the US variant. However, the Exynos 990 will be present in other regions. The chipset is paired with an X55 modem ensuring 5G connectivity. There is a smaller 43000 mAH Battery that will be charged via a USB-C port. For a display that big, 4300 mAH seems not a good choice. Mid-rangers are coming with more than 5000 mAH nowadays. Moving forward, you’ll get features like Ultrasonic fingerprint, NFC, MST, Bluetooth 5.0, and 5G Sub6/mmWave.

The other Note device unveiled is the Galaxy Note 20 Ultra. The first thing to notice is a larger 6.9-inch 3088×1440 Dynamic AMOLED display. The device comes with a 120Hz refresh rate, which makes the display smoother. On the camera department, there is a 108-megapixel primary with a 12-megapixel telephoto and 10-megapixel ultra-wide. On the front side, there is a 10-megapixel selfie camera.

For a bigger and better display, there is a slightly better battery too. It is of a 4500 mAH capacity. Snapdragon 865+ with an X55 modem is used on the Ultra model as well. Whereas, Exynos 990 has been used for other regions.

An 8K recording at 24fps will be rocking in the new smartphone. You will also get the new “cinematic” 21:9 aspect ratio feature. Just like how you control different settings according to your taste in Pro mode, there is a“Pro Video” mode on Note 20 series. Focus, audio, exposure, zoom speed, and other controls can be tweaked by the feature. Lastly, Note devices are incomplete with an S-pen. That’s why Samsung has introduced an improved S-pen, which comes with more sync options.

Samsung Galaxy Note 20 comes at a price tag of $999 with 128GB of storage and 8GB of RAM. Color options include Mystic Bronze, Gray, and Green. While the Note 20 Ultra starts at $1,299 comes with 12GB RAM & 256GB. Color options for the Ultra model include Mystic Bronze, White, and Black. The phone will be available to buy on Samsung’s website, carrier partners, and retailers.

Next Galaxy Watch 3 goes official with starting price of $400