The week kicked off with Xiaomi announcing its desire to host a 10th-anniversary event. It will take place on August 11 and it intends to show its new products there. Insiders were the first to predict the Xiaomi Mi 10 Pro Plus among these products. Their forecast was confirmed, with the exception of the name of the new smartphone. 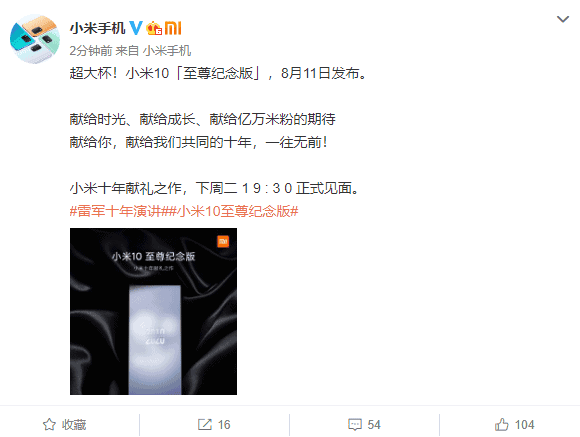 The company officially announced today that it intends to show the Xiaomi Mi 10 Extreme Commemorative Edition on August 11. The new smartphone has a long name, and all because of the desire to emphasize the exclusivity of the “memorable edition”. Explaining the choice of the name of the new product, the head of the company Lei Jun said that this smartphone “is dedicated to the expectations of Xiaomi fans”. He adds that “It is for you, and for our common 10 years”. 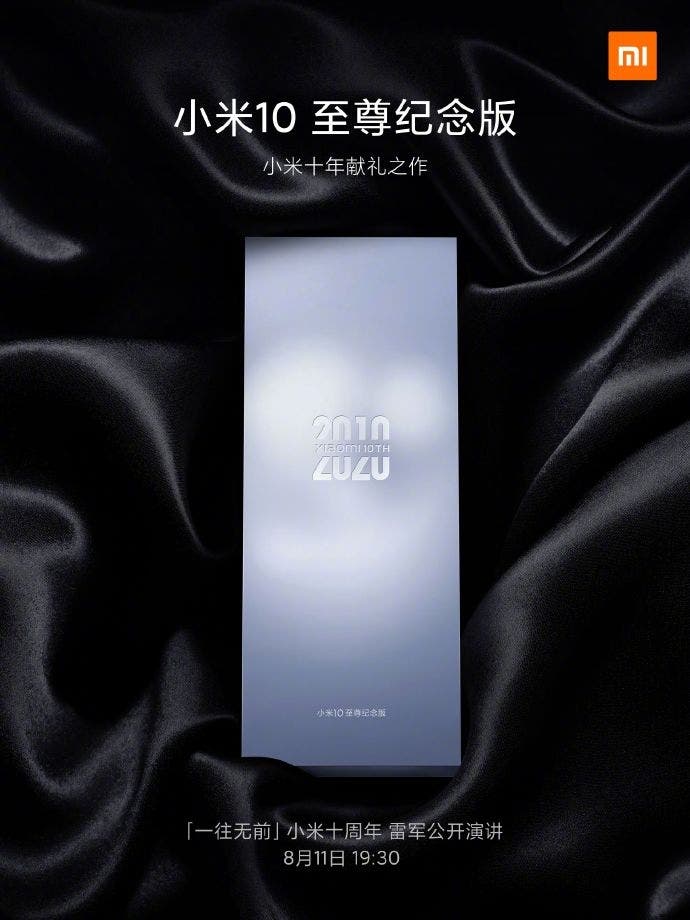 The memorable and exclusive smartphone should arrive with a 6.67-inch AMOLED display with FullHD + resolution and a 120 Hz refresh rate, with a Snapdragon 865/865 + chip, 12 GB of RAM, up to 512 GB of internal memory and a 4500 mAh battery. The chip of the smartphone should support fast 120-watt charging and there are prerequisites to believe that this will be the first smartphone with the new Quick Charge 5 technology from Qualcomm. Possible unique features of the model include support for 55W wireless charging.

It remains a mystery what the company came up with regarding the main camera. A premium Xiaomi product cannot get mediocre modules. Someone assures that a 108-megapixel sensor will act as the main sensor on the backside, but there are those who orientate us to a 48-megapixel lens. What Xiaomi finally conceived, we will find out exactly next Tuesday.

According to the insider “Digital Chat Station”, in the certification documents of TUV Rheinland, the battery of a certain new Xiaomi smartphone has appeared. (In the document itself, there is a mention of belonging to the MI brand). Its capacity is 2*2250 mAh. According to the Chinese source, such a battery will be used in dual battery cell technology in the upcoming flagship – Mi 10 Pro Plus. It will be equivalent to 4500mAh.

The need to split the batteries in two is due to the use of ultra-fast charging. According to various sources, Xiaomi Mi 10 Pro Plus will support charging with a speed of 120 watts. Also, the model should arrive with an AMOLED display with a frame rate of 120 Hz. In addition to a 48-megapixel camera and Snapdragon 865 SoC (according to other sources – MediaTek Dimensity 1000+). The Mi 10 Pro Plus premiere will be on August 11th.

Next TSMC will manufacture the Snapdragon 875 SoC alongside Samsung