A couple of months ago, Realme introduced the Realme X3 and X3 SuperZoom to keep up with the successful X-series of smartphones. However, the company has been keeping the Realme X3 Pro variant as a mystery since now. While the X3 SuperZoom boasts amazing specifications, we still wait for a true successor the last year’s Realme X2 Pro that achieved last year’s crown of a flagship killer. Now, the true successor to the last year’s flagship killer has been a target of multiple leaks during the past few days. The device appeared earlier this year as RMX2121 on TENAA. Now, the device boasts the RMX2083 codename and appeared on Geekbench Benchmark listing with a Snapdragon 855+. Now, what remains to be answered is which one of these devices is the true Realme X3 Pro.

The choice of sticking with a Snapdragon 855+ chipset is also a controversial one. After all, the very same chipset is present in the last year’s Realme X2 Pro. Moreover, the company announced the Realme X3 and X3 Superzoom bearing the same chip. Of course, this remains one of the best chipsets in the market. To put things on perspective, it only loses for the Snapdragon 865 series. But still, we think that with this chip the Realme X3 Pro will be just an incremental upgrade over the last year’s model. Perhaps, the company will release two variants, one with SD855 and another one with SD865, maybe a Realme X3 Pro Plus since this is a trending term. 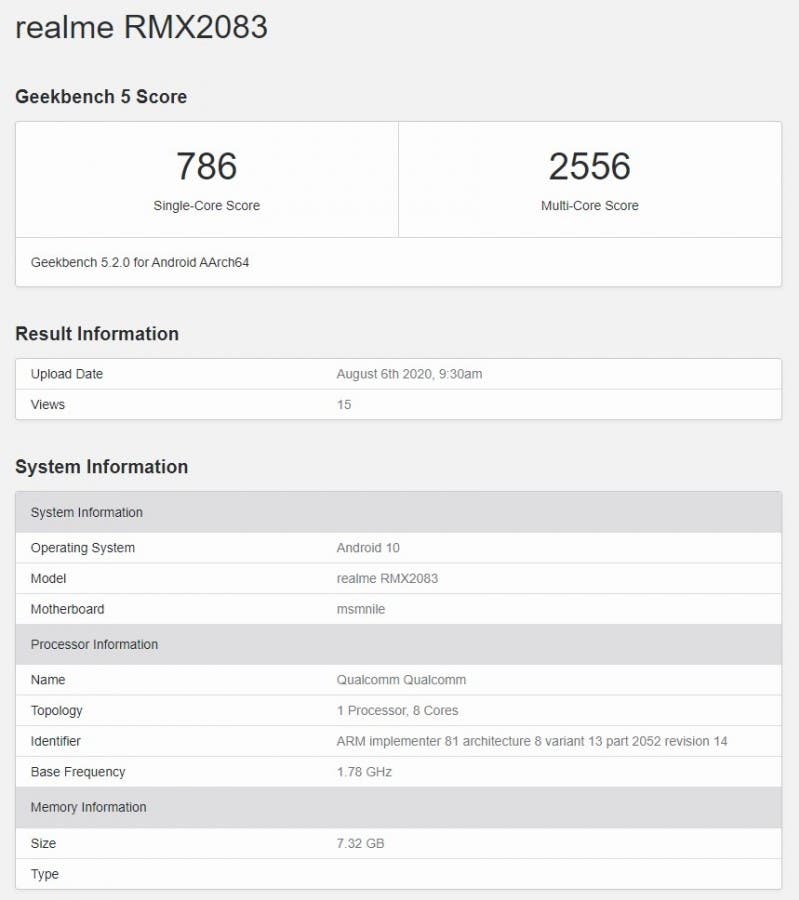 The RMX2083 achieved 786 points in the Single-Core tests and 2,556 on the Multi-Core department. Moreover, the phone spotted ran Geebench with 8GB of RAM and Android 10. That’s not a big surprise. The Realme X2 Pro was launched with Android 9 Pie and got Pie update a few months later.

Interestingly enough, the Realme X3 came with the Snapdragon 855+ paired with good specifications. The SuperZoom variant took the photography levels beyond with a telephoto camera and a better selfie unit. The telephoto lens offers 5x optical zoom and there is a 32MP selfie snapper. The Realme X3 Pro might take the family even beyond with a 65W fast-charging system to fuel its 4,400mAh dual-cell battery.

We still need and wait from an official confirmation from Realme. In the end, the company might confirm not a single device but two new devices to compose the X3 family.