The stable version of Android 11 will be released very soon. More precisely, according to rumors, we will have a joint presentation with the 5th generation Pixel smartphone. This is scheduled for October this year. Realizing that it is necessary to make the firmware ideal, Google decided to release the last, third in a row, beta version of Android 11 in order to collect all the remaining claims and solve all the problems.

According to many testers, Android 11 has already reached the desired level of stability in the second beta version of the firmware. So most of the changes in the new version are various fixes and optimizations. As a Google spokesperson note, “This beta is focused on helping developers put the final touches on their apps as they prepare for Android 11. This include the official API 30 SDK and Android Studio build tools”. 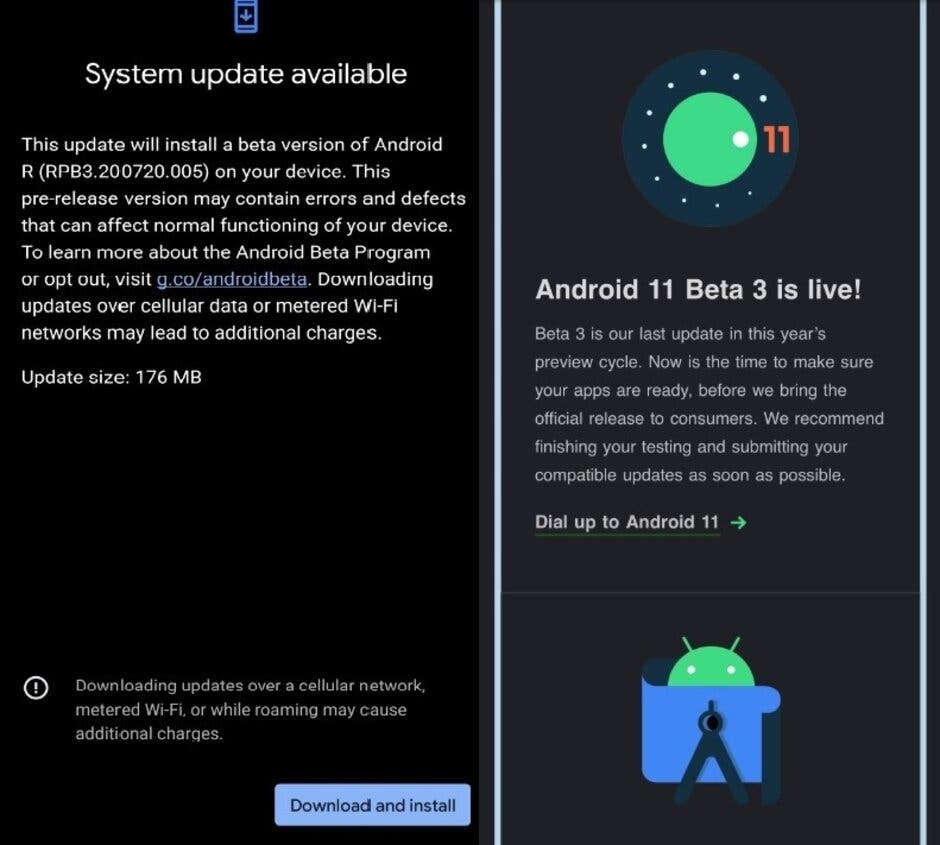 The exception is some API updates for developing a joint Google and Apple service – Exposure Notification – which was created in order to monitor the spread of COVID -19. Users will now be able to use this service without enabling device location options.

Otherwise, there are no surprises in the third “beta”. Given that beta testing has been going on for a very long time and several different stages have already passed. Basically, Google wants developers to make sure their apps are ready for a new release, which includes quite a few changes.

For a long time, Google has followed the tradition of giving “dessert” names to new versions of Android. This made it possible at one time to learn the taste of “pie”, “marshmallows”, “Oreo” and “KitKat”. And Google also made it a rule to install a green robot figurine at the entrance to the headquarters every year. Which each time was given a new dessert in his hand or depicted in the form of a sweet.

But with the appearance of the tenth version, the company decided to abandon this practice. Limiting itself to stating the number of the operating system version in the title.

True, as it turned out, Google itself did not refuse the “dessert” names. They are not voiced to a wide audience, but they continue to be actively used within the company. This statement was made by the vice president of Google and the head of the Android project Dave Burke. According to him, it is simply more convenient for developers to use codenames after desserts.

So, Android 10 was codenamed Quince Tart, and Android 11 – Red Velvet Cake (cake “Red Velvet”). True, it is very difficult to understand what is the convenience of pronouncing a long name or an abbreviation from capital letters of words, rather than just calling the serial number of the operating system.

In any case, we should give credit to Google. It continues to honor its own traditions and names new versions of the operating system with dessert names.

Next Xiaomi Mi 10 Extreme Edition specs and back covers leaked