Samsung recently unveiled the Galaxy Watch 3 at the Unpacked event earlier this week, and the watch has already started receiving its first major update. Contrary to the first update rolled out for the Note 20 series earlier; which doesn’t bring up new features to the device, the latest update to the Watch 3 adds a host of new features; including support for Blood Oxygen Monitoring and more.

According to SamMobile, the update is approximately 80mb in size and can be easily installed via the Galaxy Wearable app (head to the Home tab and tap on Watch software update > Download and install) from the Play Store, This new update for the Watch 3 is one among the many updates promised by Samsung to bring new health features to new smartwatch. Once the update has been installed, you will be able to estimate the amount of oxygen in your blood. However, currently, the feature will not be available in countries including; Algeria, Angola, Canada, France, Iran, Japan, Libya, South Africa, and Thailand.

To recall, the Galaxy Watch 3 comes in two different sizes namely 41mm and 45mm featuring 1.2-inch and 1.4-inch display respectively., the all-new wearable is thinner and smaller while also being about 15% lighter. Under the hood, the Galaxy Watch 3 makes use of Exynos 9110 chipset paired with 1GB RAM and 8GB of onboard storage. The new TizenOS 5.5 brings some pretty interesting features to the table. One such addition is the hand gestures. You can easily receive calls by clenching and unclenching your fists. There is support for 8 pulse-reading photodiodes and an electrocardiogram, fall detection and SpO2 level measurer. The smaller version will make use of 247 mAh battery while the bigger brother will pack in 340 mAh cell. 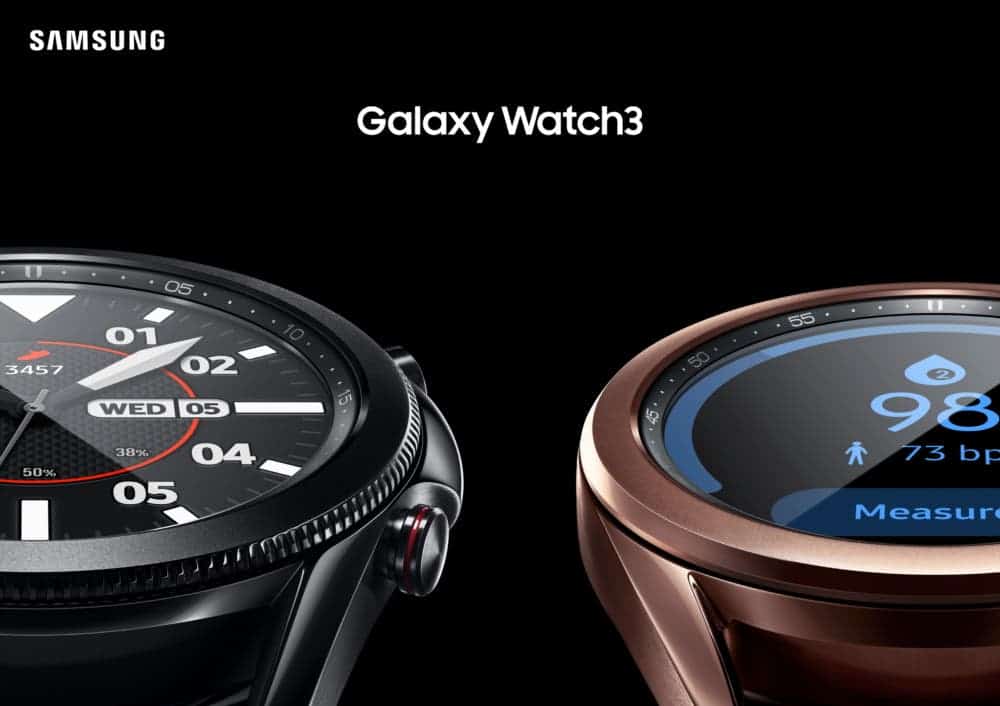 The all-new Galaxy Watch 3 is up for grabs starting from August 6 in various markets. Samsung has priced the 41mm variant at $400 while the larger 45mm option is priced at $430. Coming to the colour options, you can choose between Black, Silver, and Gold/Bronze. It is worth noting that, currently, the stainless steel variant is only available. The titanium version will see the launch in foreseeable future.

Next Xiaomi India to Launch a new version of MIUI without Banned Chinese Apps!