Since the commercialization of 5G in China last year, there has been a preponderance of 5G devices in the country. Recently, IDC released its second-quarter report for the Chinese smartphone market. According to the research agency, in Q2 2020, 5G smartphone shipments exceeded 43 million units. Furthermore, the average price of 5G phones in China is less than $500. Looking at the chip end, Huawei is the largest chip supplier in China for Q2 2020. The report shows that Huawei has a 54.8% market share, holding over half of the market.

In the second quarter of 2020, China’s total smartphone shipments hit 87.8 million units. This is a year-on-year decrease of 10.3% and an improvement from 20.3% in the first quarter. According to the IDC report, almost half of the smartphones in China support 5G (phones shipped in Q2 2020). This makes China the fastest growing market in terms of 5G smartphone adoption. 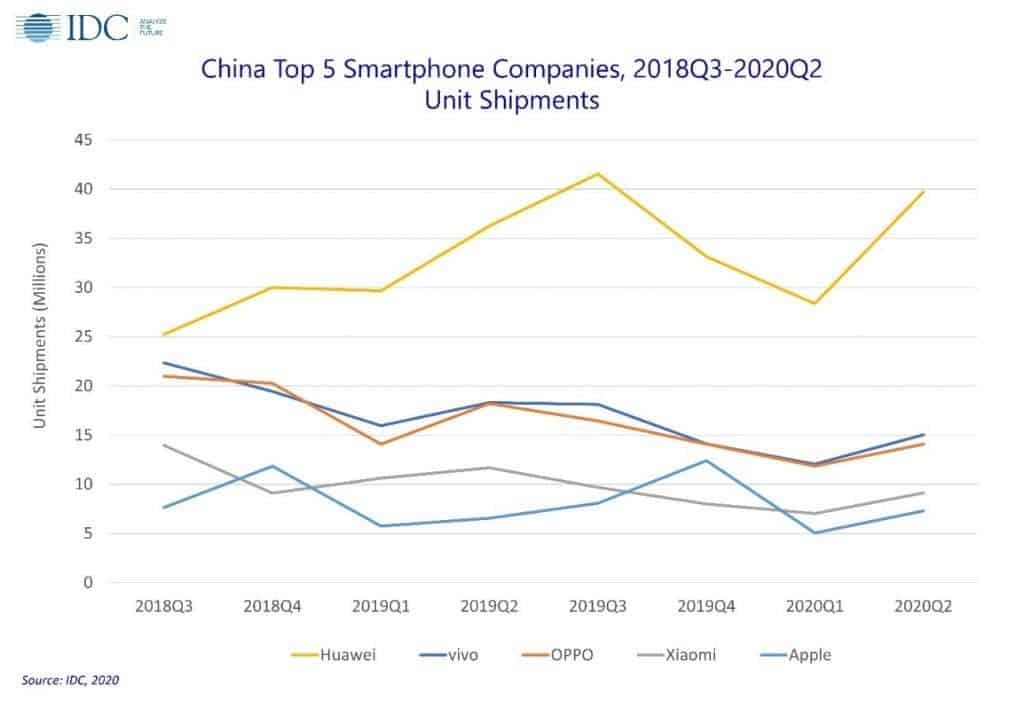 One Chinese company stands out, Huawei. With its top brand image and comprehensive product layout, Huawei continues to occupy a leading position. It has a 45.2% market share and its latest flagship, the P40 series is top-notch. Huawei’s record for Q2 2020 also shows a 9.5% growth year-on-year.

In the second position is Vivo. The company cooperates with different 5G chip suppliers to target various consumer groups at different prices. Nevertheless, its records show an 18% year-on-year decline. For Oppo, it is in the third position, many thanks to the OPPO A and Reno. Although it shipped 14.1 million phones, it recorded a 22.7% decline year-on-year. 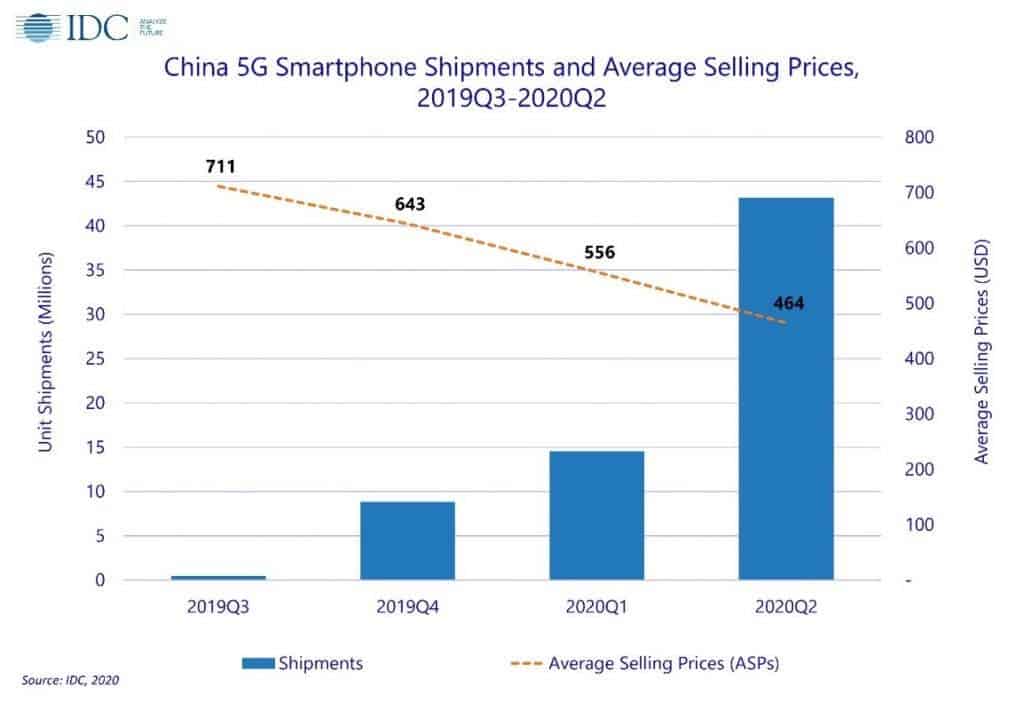 Xiaomi is in fourth place with 9.1 million shipments but it also records a 21.9% year-on-year decline. The company used many promos for its Redmi K30 series as well as the Mi 10 series to boost sales. The only non-Chinese company on the list is in the fifth position and that is Apple. The American manufacturer achieved positive growth compared to a year ago, with iPhone SE 2020 contributing 10% of its total shipments. 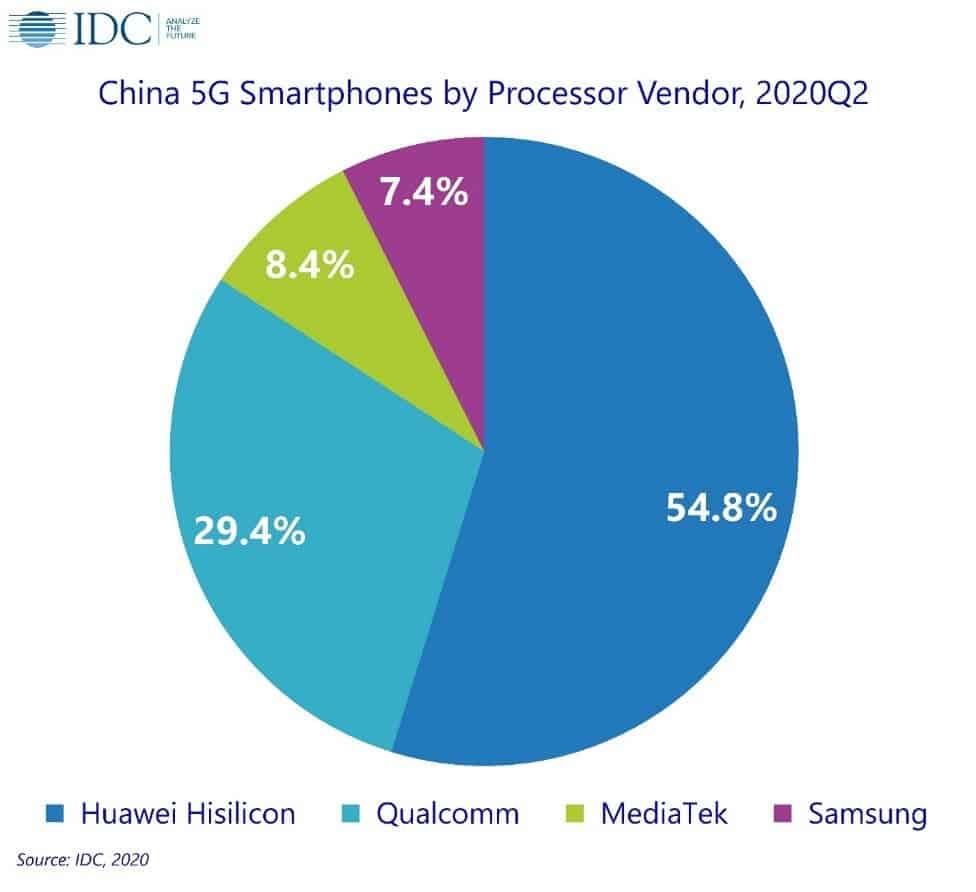 Like we said earlier, for 5G devices alone, China’s 5G smartphone shipments exceed 43 million units. Since the launch of the first 5G smartphone in the third quarter of 2019, China has shipped 67 million 5G mobile phones to date. In the field of 5G chips, Huawei HiSilicon is China’s largest 5G processor supplier. It accounts for 54.8% in Q2 2020. It is followed by Qualcomm with 29.4%, MediaTek with 8.4%, and South Korean manufacturer, Samsung, with 7.4%.