Realme C12 Pops-up on Geekbench with Helio P35 and more 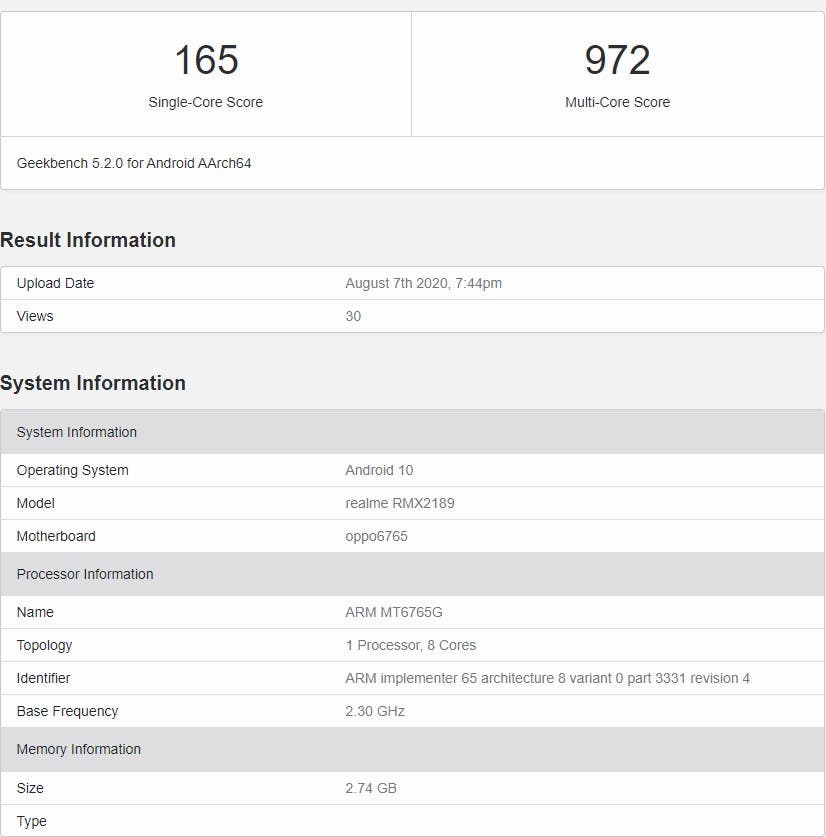 The phone has now appeared on Geekbench packing in a 2.3Ghz octa-core Mediatek Helio P35, the same chipset as seen on the Oppo A12s previously; coupled with 3GB’s of RAM and running on Android 10. The Realme C12 on Geekbench has scored an average score of 165 in the single-core test and about 972 in multi-core tests.

Additionally, the same EMX2189 identifier of the Realme C12 has also arrived on the Bureau of Indian Standards (BIS) website, confirming that India will be one of the countries where the new smartphone would be launching in. While there is no official confirmation on the launch date of the smartphone, one of our sources mention that the smartphone would be launching on the third week of August in India. Some leaked information about the unannounced smartphone includes an HD+ display with a waterdrop-notch, possibility of a 3.5mm headphone jack and a gigantic 6,000 mAh battery which could be shipped with a 10W charge in the box. 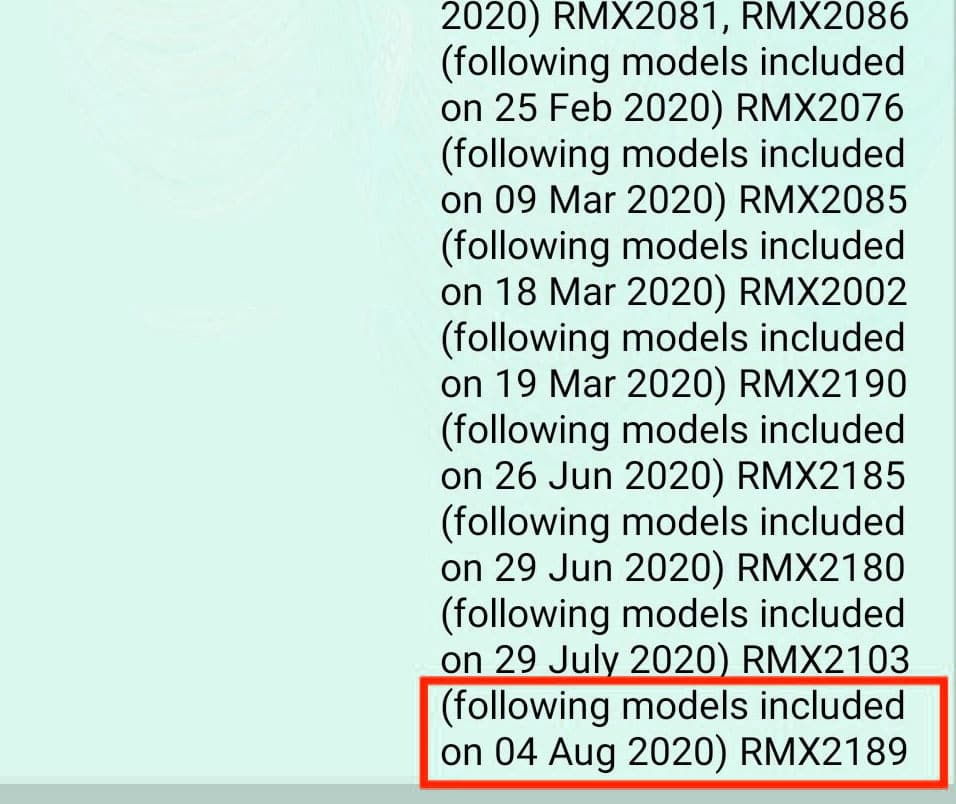 To recall, the Realme C11 features a 6.5-inch HD+ display with a resolution of 1600×720 pixels. It has a water-drop style notch and covers 88.7% of the screen-body ratio with slightly thick bezels at bottom. Powering the device is Mediatek’s Helio G35 SoC paired with LPDDR4x RAM and eMMC storage. As for optics, it has a new square-shaped cutout at the back. The rear fuselage has textured finish with a dark colour accented line holding the Realme logo and running across the camera layout.

Read Also:  Realme 9 5G may be a disappointing rebrand

Additionally, Realme emphasized the new Geometric design of the smartphone and talked about the Helio G35 SoC. It is a 2.3GHz process and Realme claims it will bring a 41.3% leap in benchmark scores compared to the older Realme C2. It also has the LPDDR4x RAM to aid gaming with a 100% improvement over the older LPDDR3. For the optics, there is a 13MP Primary shooter which has an f/2.2 aperture and a 2MP secondary sensor. Selfies are handled by a 5MP f/2.4 sensor at the front.

Next iPhone 12 series will support the Chinese Beidou navigation system