Last week, Samsung revealed the world to its latest flagship offering dubbed Galaxy Note 20 and Note 20 Ultra. Since the official launch, both the devices have been a hot topic in the tech community. Well, to spice things up a bit, Samsung has now launched a new color variant of its regular Note 20 smartphone. With the color option, Samsung is targeting those consumers who prefer blue colors. As expected, Samsung is calling it ‘Mystic Blue’.

When it comes to color options, Samsung is known for offering its flagship products in a bunch of alternatives. Generally, the chaebol launches its device in two or three original color options and then keeps on adding more throughout the coming months. Following its trend, the brand has now launched Mystic Blue option in the Indian market. To recall, the Galaxy Note 20 originally launched in three options namely Mystic Bronze, Mystic Green, and Mystic Black. 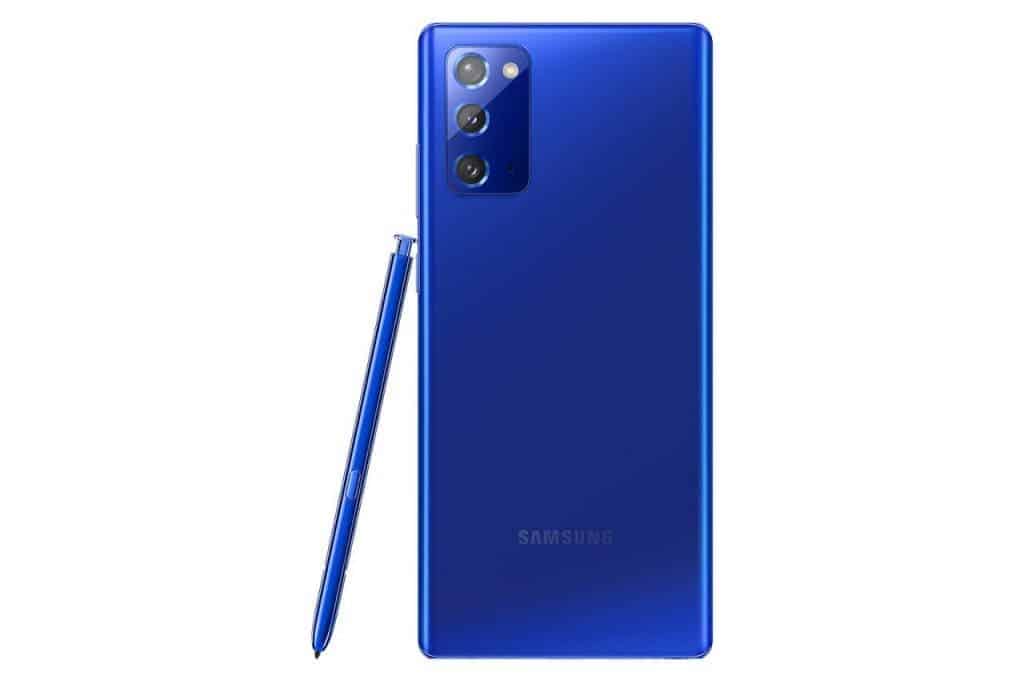 The South Korean giant is going with the new “Mystic” branding this year. With the new color options, they have used this haze effect which in turn ended up reducing fingerprints and smudges. Without a doubt, you will also get a matching S-Pen just like the other announced variants. Coming to the availability, interested buyers will be able to purchase the new color option starting from August 28. This means that the new color option is not up for pre-booking in the country.

With that said, we are expecting Samsung to add more color options in the coming months. Furthermore, the Mystic Bronze would very most likely be the key highlight irrespective of new color additions.

To recall, the Galaxy Note 20 comes with a price tag fo INR 77,999 for 4G only 256GB variant. The phablet comes with 6.7-inch Super AMOLED panel housing the front selfie camera inside a small punch-hole cutout. It has a 60Hz refresh if you’re wondering. The device makes use of Exynos 990 chipset in the Indian market paired with 8GB RAM.

For optics, there is a triple rear camera module featuring 12MP primary sensor, a 64MP secondary shooter along with a 12MP ultrawide lens. For selfies, you will get a single 10MP sensor housed inside the cutout. Other specifications include Bluetooth 5.0, Android 10 with One UI 2.5, 4,300 mAh battery, and WiFi 6.