Xiaomi is all set to launch its much-awaited Mi 10 Ultra flagship smartphone in its homeland i.e. China tomorrow. For those who’re unaware, Mi 10 Ultra also goes by the name of Mi 10 Pro Plus. With official reveal scheduled for the next data, the smartphone has now made its way to the GeekBench listing. Let’s talk about all the findings that the listing reveals.

The Mi 10 Ultra or Mi 10 Pro Plus appeared on the GeekBench listing bearing the model number M2007J1SC. As per the listing, the device surfaced packing a massive 16GB RAM while also running the latest Android 10 operating system. Talking about the scores, it managed to score around 901 points in the single-core performance. For the multi-core benchmark, it scored 3267 points. 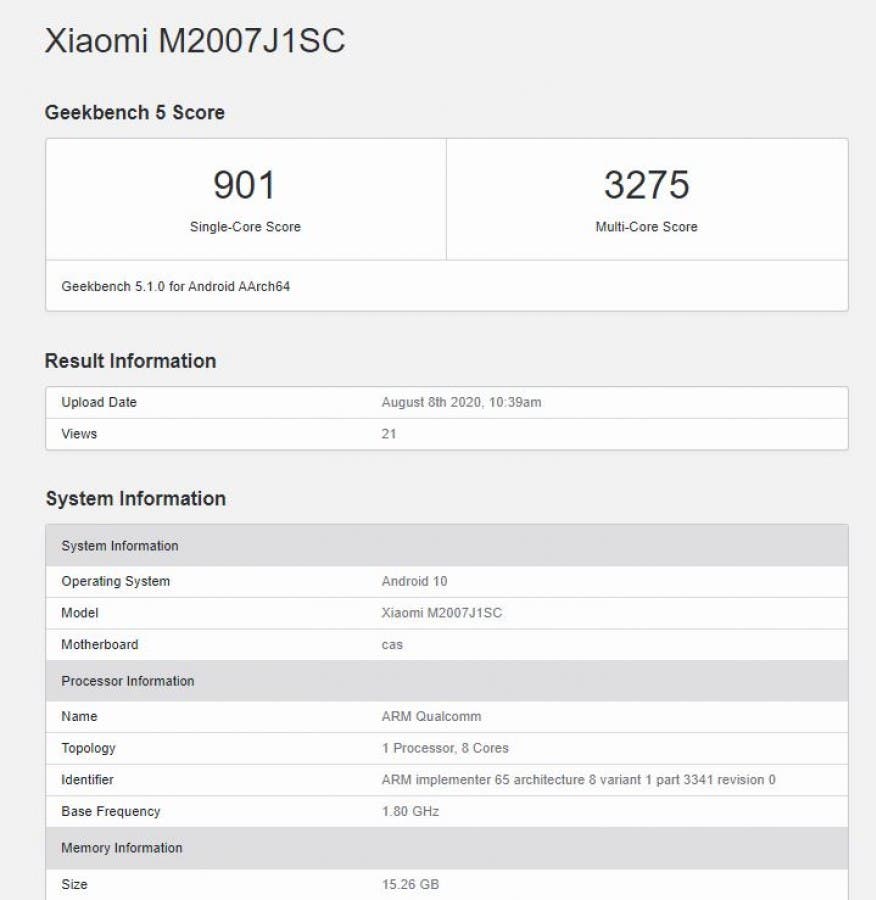 Considering that it will make use of Snapdragon 865+ chipset, the scores look pretty fine and falls in line with other SD865 powered devices. It is also worth noting that the moniker for the device remains unconfirmed. That is the reason why we are referring to the model number as both Mi 10 Ultra and Mi 10 Pro Plus. With that said, the device has already been a part of numerous leaks in the past.

To recall, Xiaomi’s upcoming Mi 10 Ultra is going to be an upgrade over the previous Mi 10 Pro. It is expected to arrive with the latest Snapdragon 865+ chipset unlike its predecessor. According to some rumors, the device will come with an AMOLED panel having a 120Hz high refresh rate. We might also see a 4,500 mAh battery and three memory configurations. There is a solid chance that we might only see the improvement in the department of the chipset. We might see a small bump in the charging i.e. a 55W fast charging solution.

Lastly, we recently saw some leaked images confirming some key aspects related to the design. We’re looking at a large four-camera module on the back with the top periscopic sensor featuring silver finish setting it apart from the rest of the sensors. You can find more about the leak right here.

As mentioned earlier, Xiaomi Mi 10 Ultra will see its official unveiling tomorrow. It is going to be a part of the company’s tenth-anniversary celebration. In fact, the brand is calling it a Commemorative Edition. It would be interesting to see what improvement will the smartphone bring to the table.