Yesterday, for the first time, we talked about the Redmi G gaming notebook. But what we had was only a poster showing the logo of the upcoming laptop. Today, the company was more active and released a few promo posters, revealing its some of its key features. Say, we already know that this laptop will be powered by Intel’s tenth generation Core processor. Also, its GPU is a ‘high-performance discrete graphics card’. At last, we can say that it will have a 16.1-inch screen. 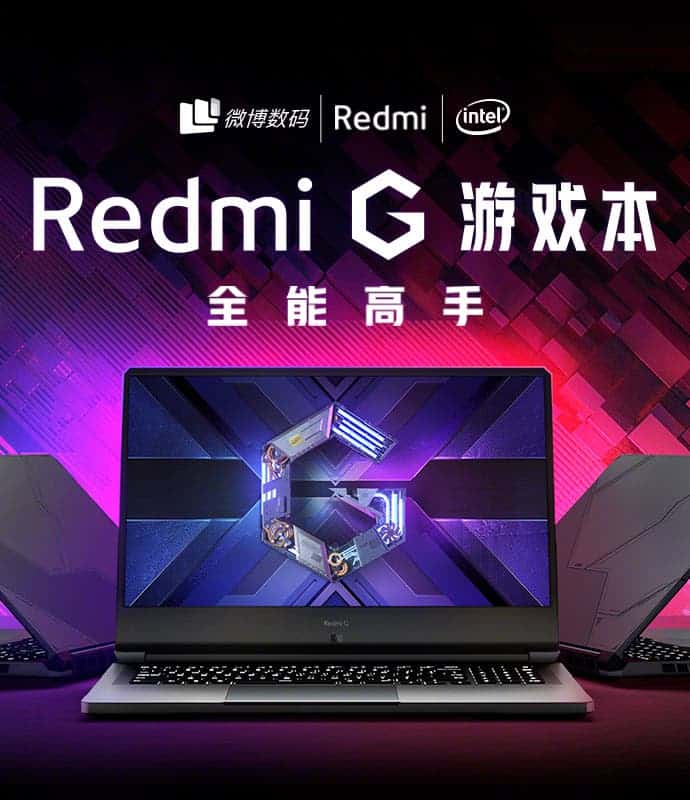 Well, let’s talk about the features of the forthcoming Redmi G gaming notebook. As said, it will come with a 16.1-inch large screen. The latter will have an ‘ultra-high wide color gamut’ and an ‘e-sports high refresh rate’. So the expected screen parameters are 16.1-inch, 1080p resolution, 144Hz refresh rate, and 100% sRGB color gamut. 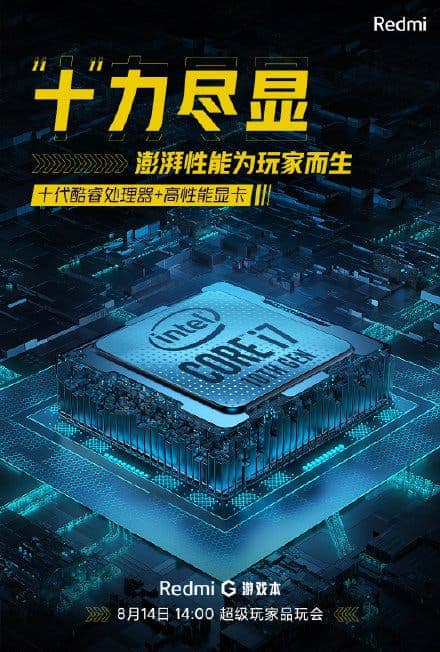 Under the hood, the Redmi G gaming laptop will sport the latest tenth gen Core i7 processor. As we are dealing with a gaming product, it’s quite logical to see a powerful graphics card. So our protagonist is said to come with a ‘high-performance independent display GPU’. It is expected to be Nvidia’s GTX 16 series, and the high-end version may use the RTX series.

In terms of appearance, the Redmi G gaming notebook adopts an all-black mech design and is known as an ‘all-rounder’. From the picture, we can see that the left and right sides and the upper side of the screen are very narrow. The bottom frame is very wide, and there are huge heat dissipation holes on both sides of the fuselage.

Anyway, we don’t have to wait for a long time. Its launch event is set to take place tomorrow on August 14.

Generally, Xiaomi has launched a number of gaming products. Apart from the gaming laptops launched under its original brand, the gaming keyboards and computer mouse, and gaming monitors, it has also invested a lot in Black Shark. The latter is successfully fighting against the ASUS ROG, Nubia Red Magic, and Lenovo Legion.

Previous There may not be a Google Pixel 5 at all!

Next OnePlus Nord Will Get A New Color - Gray Ash