The Chinese company Oppo should soon introduce a new smartphone. This became known after a certificate for the company’s new 5G smartphone with two codenames PEAM00 / PEAT00 appeared on the website of the Chinese regulator TENAA. The device has also received a manufacturing permit from the 3C certification office. The web has already suggested that the new smartphone should go on sale this month.

Oppo PEAM00 / PEAT00 measures 160.5 x 73.9 mm. The smartphone is thin and light – only 7.85 mm thick and weighs 169 grams. The device has a 6.43-inch AMOLED panel with Full HD+ resolution. Judging by the photos posted on TENAA, the display has a hole in the upper left corner. The screen has also a built-in fingerprint scanner.

The main mystery is which processor the new device will operate on. On the device page, only the frequency is indicated – 2.0 GHz. But we know that the device will contain 8 GB of RAM and 256 GB of internal memory. The firmware is its own graphical interface built on Android 10. 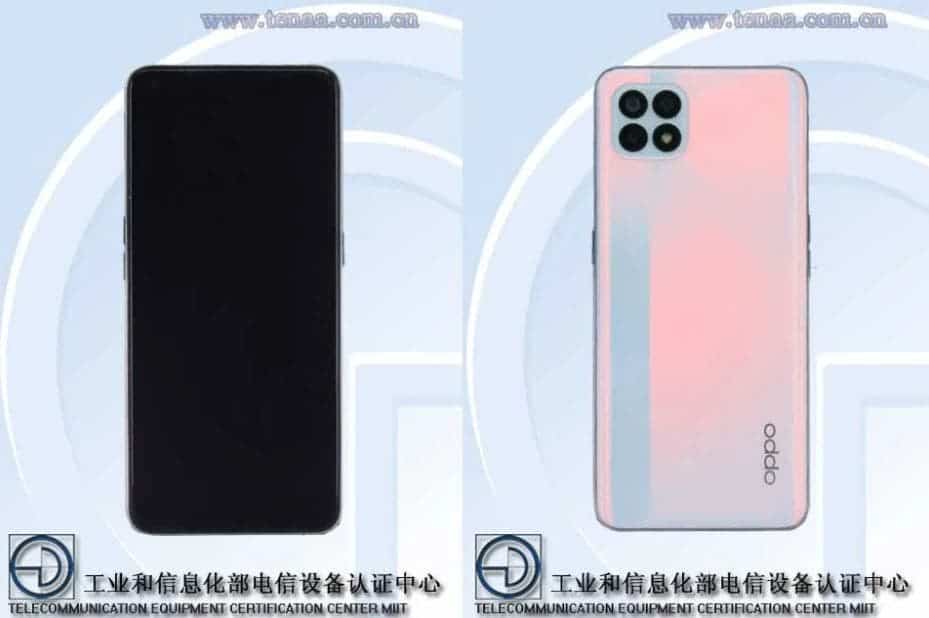 The new Oppo smartphone will be equipped with a main camera unit with three sensors: the main one with 48 megapixels, an 8-megapixel wide-angle module and an unknown sensor with 2 megapixels. A 32 Megapixel front camera is built into the cutout on the screen.

Another interesting feature of PEAM00 / PEAT00 will be its battery, or rather two 2100 mAh batteries. Most likely, the manufacturer divided the battery in order to simplify the charge coming from the huge 65W charging block. We also learned about fast charging from the 3C list.

Previously, it was believed that PEAM00 / PEAT00 is the codename of the upcoming Oppo Ace 3. However, all the technical characteristics presented suggest that we are waiting for a new A-line device from the Chinese brand.

Recall that Oppo Ace 2 smartphone has been launched in April, and here is a reminder of its specifications: