Cubot Note 20 Pro got officially announced today featuring a quad-rear camera module, 6GB RAM + 128GB internal storage and HD+ display. But the biggest surprise comes looking at the pricing, because  will start retailing at the promo price of $99.99. It is an excellent budget smartphone offering value-for-money with very solid hardware foundations. So make sure to grab the Cubot Note 20 Pro via AliExpress brand activity in time. 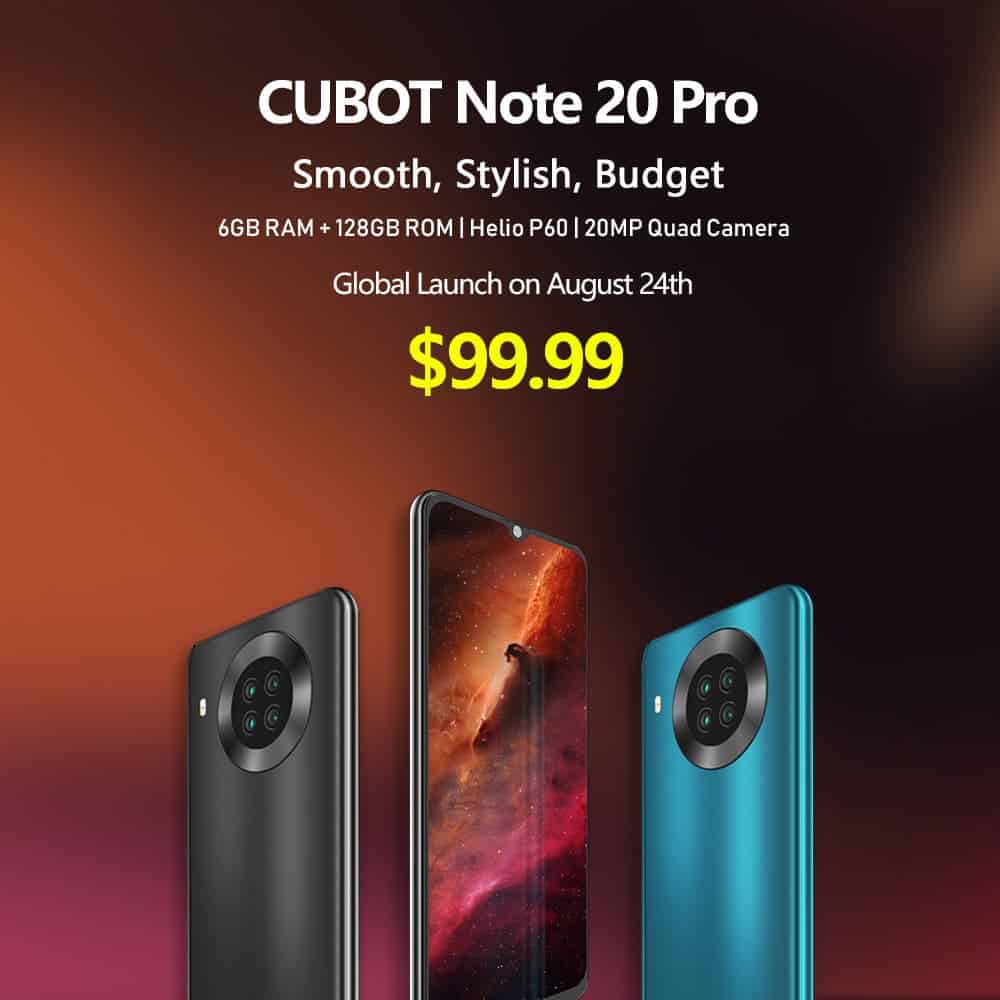 The phone is powered by an octa-core MT6771 Helio P60 chipset, supported by 6 GB RAM  and 128GB internal storage. The energy-efficient chipset still has plenty of power and paired with the generous memory portion it’s a sight in the budget segment. 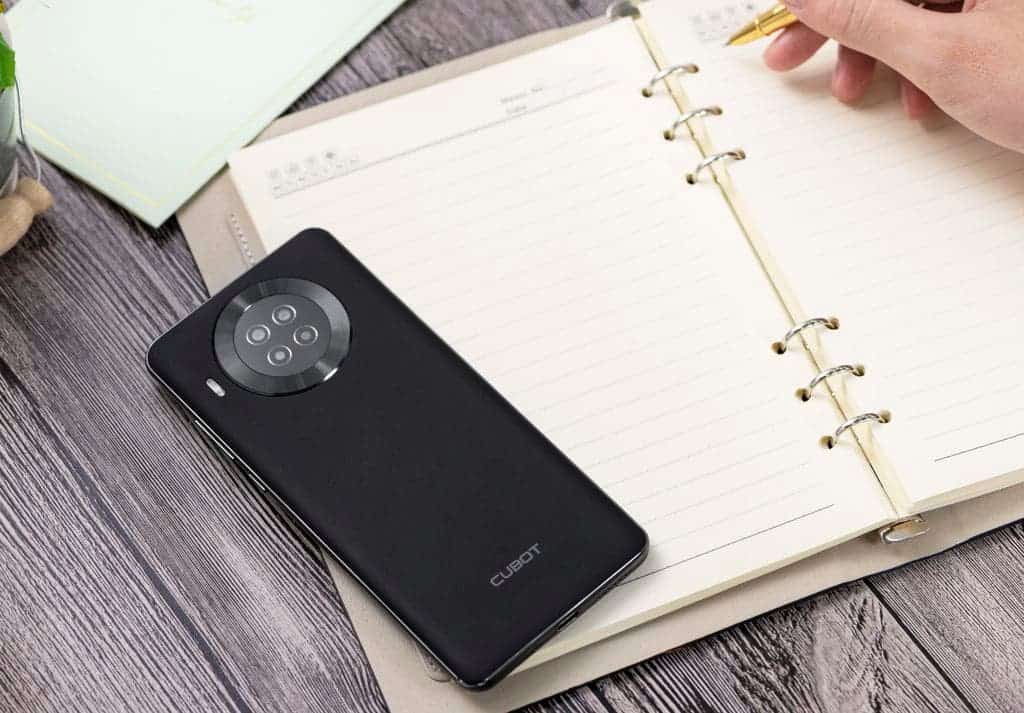 There’s also a big 4200 mAh detachable battery and with the AI power management it promised solid endurance. The smartphone runs on stock Android 10 with features like system-wide dark mode, new privacy control feature and much more.

And the phone has the NFC chip too,  which allows the users to make contactless payments via Google Pay. Unlike the current flagships, it also features a 3.5mm headphone jack alongside the  USB Type-C port. As leaked earlier, the smartphone comes in three colours options – Black, Green and Blue.

Official retail price is set at $119.99 on AliExpress, but you can cut the price to just $99.99. Using the promo coupon from August 24th, limited for the first 1000 units. You can already add the phone to the shopping cart, so you won’t miss it. And if you want to have a chance of winning it for free, then there is an official giveaway too. Cubot will choose 10 lucky users to get the free trial and gets it for free. So head over to the official website and join the giveaway event.