The newly arrived Realme C12 flaunts a 6.5-inch HD+ IPS LCD panel with a dew-drop notch which houses a single 5-megapixel selfie camera. This new smartphone is powered by the MediaTek Helio G35 chipset, paired with 3GB RAM coupled with 32GB internal memory.  The smartphone packs a gigantic 6,000 mAh battery with comes with support for 10W charging. The C12 also features reverse charging support. On the rear, the Realme C12 packs in a triple camera setup comprising of a 13-megapixel primary shooter, a 2-megapixel depth sensor alongside a 2-megapixel b/w lens auxiliary cameras. There is a fingerprint reader on the back of the device. The Realme C12 runs Android 10 with the Realme UI skin on top.

The elder Realme C15 comes packed in with a 6.5-inch HD+ LCD panel with a modern 20:9 aspect ratio. Similar to the C12, the handset is powered by a MediaTek G35 So; paired with up to 4GB RAM and coupled with 64GB of internal storage. It has a lot in common with the C12 and packs a 6,000 mAh battery but with support for 18W fast charging via micro-USB. At the rear, there is an interesting quad-camera array comprising of a 13-megapixel primary shooter, an 8-megapixel ultrawide snapper, a 2-megapixel depth sensor, and a 2-megapixel camera for monochrome shots. The waterdrop notch on the front housing in an 8-megapixel selfie snapper. You also get a fingerprint reader on the back. Realme C15 runs Android 10 with the Realme UI skin on top. 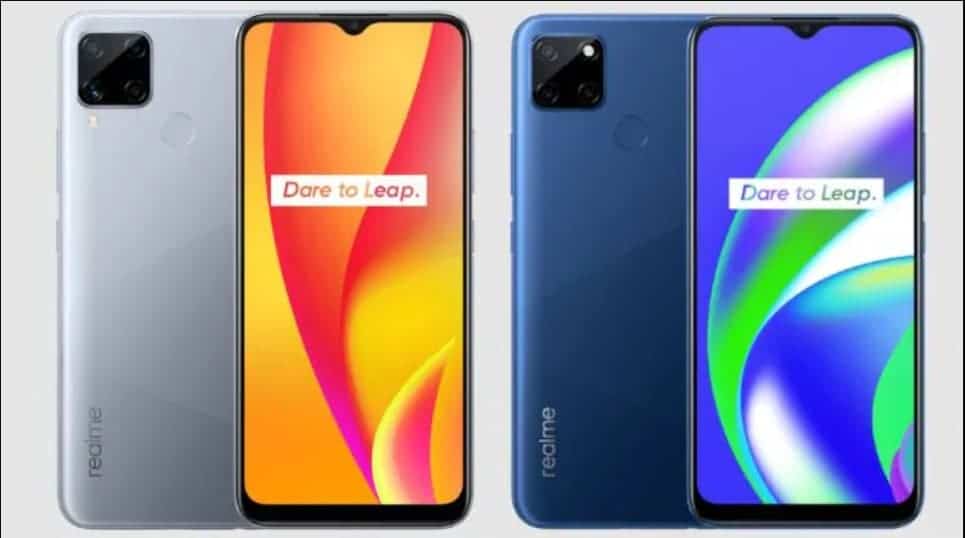 The new Realme C12 and the C15 will be available in two colours namely Power Blue and Power Silver. These new handsets will be sold via Flipkart and Realme.com will sales for the C12 and C15 commences on Aug. 24 and Aug. 27 at 12 PM, respectively. Additionally, Alongside the C12 and the C15, the company also announced Realme Buds Classic for Rs. 399. It will be sold via Realme.com and Amazon India on Aug. 24. Later, these devices will be also made available in India through offline channels.

Previous MediaTek Dimensity 800U Chipset Announced, But Will It Launch Globally?

Next Instructions On How To Make A Transparent iPhone

POCO X3: Does it fill the gap left by the Pocophone F1?