Huami fans and enthusiasts are eagerly waiting for a bunch of new products that the company is expected to unveil. Among the most anticipated devices, the company may unveil the Amazfit GTR and Amazfit GTS. Today published a teaser on Weibo hinting when fans can expect these new products. 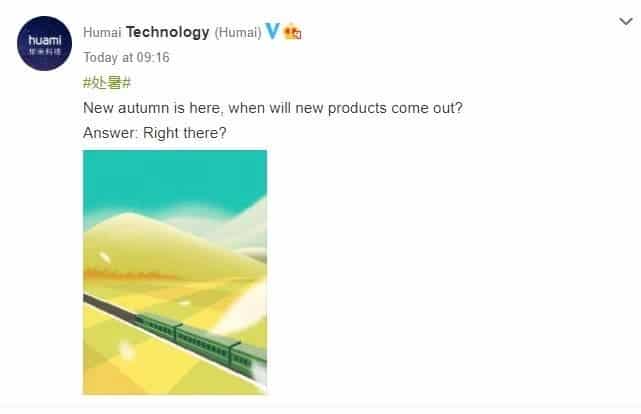 The teaser was posted on the Chinese Social Media Network and hints at the new products launching this Autumn. Autumn will start in September, which means there should be a series of launches next month. Interestingly enough, September will be a month with multiple releases for all technology enthusiasts. After all, we have the IFA 2020 which starts in the first week.

The company’s brand new Amazfit GTR 2 and Amazfit GTS 2 will debut with AMOLED displays just like their predecessors. However, reports state that the GTS 2 will come with a round dial rather than a square one. Other features also expected in the 2nd-gen GTS 2 are NFC, Alexa voice assistant, and a new feature called Smart Crown. Among the new products, the company will also unveil its very first smart scale which has already received Bluetooth certification. Moreover, the Amazfit application already received support for smart scales which opens the path for the new product. Last but not least, reports mention a smartwatch called Amazfit Neo. Nothing is known about this product apart from its codename which is “Tokyo”.

Huami announce higher net profit in the past quarter

Xiaomi’s ecological chain partner Huami has announced its quarterly financial report for the second quarter of the year. We have to say that in a year plagued by COVID-19 pandemic and all the issues that it brought to the market, Hami achieved very expressive results. The company reported a revenue of RMB1.137 billion which is just around $161 million. This result represents the three-month period that starts in April and ends on June 30. 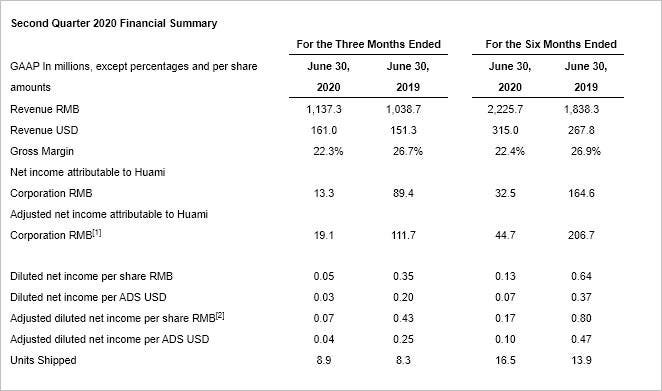 The revenue is slightly higher than what the company posted in the first quarter. In the period that started in January and ended on March 31, the company achieved a net profit of $153.7 million. Despite the increase in Q2 2020, the results are still below the net profit of 2019 when the company reached an 89.4 million Yuan profit. The answer is that the company spent a higher amount on operational costs. Apparently, this is a direct result of the COVID-19 pandemic.