According to recent reports out of China, the Chinese memory chip market is not doing very well. As of July 2020, there was a massive drop in shipments relative to June. Recent statistics show that China’s memory shipment volume of various brands in July 2020 fell by as much as 26%. Well, all the major manufacturers have a fair share in this poor shipment. 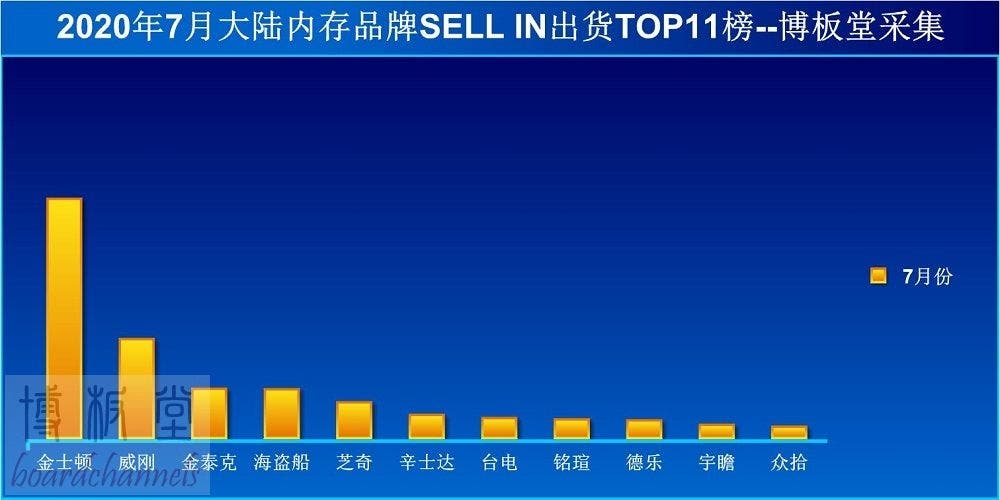 In June, China’s memory shipments increased by about 25%. The long-term number one in China, Kingston, soared by up to 60%. Other brands also recorded a significant increase. However, just a month later, there is trouble in the market with a massive and sharp drop. The most affected is Kingston with a 26% drop in shipments. Other companies like ADATA, Kingtike, Corsair, and Zhiqi also recorded significant drops in shipment.

However, the good news is that with the relative stability of market prices, it is expected that memory sales from August to September will not be too bad.

In the past three consecutive years, the global memory market has been very hot. Both DRAM chip manufacturers and DIMM module manufacturers have made a lot of money. However, this year, due to the coronavirus pandemic, the memory market is not as lucrative as it has been. The prices continue to fall and there is not much cash circulation in the industry.

Under this circumstance, chip giants such as Samsung, SK Hynix, and Micron have naturally begun to cut capital expenditures and control capacity output to avoid oversupply in the market-leading to big price cuts.