The market of foldable smartphones is finally becoming a reality in 2020, now that it is slowly leaving the “niche” segment. However, the offer still is very small and Samsung easily overcomes every other company in the segment with its Galaxy Fold and Z Flip series. While the Korean firm has the foldable smartphone market under his belt, we’re sure that other companies are studying the best way and the best design to debut in this segment. Oppo is among the Chinese gang of brands that want to take a slice of this growing trend.

One year ago, Oppo took the wraps off a prototype foldable smartphone at the MWC. However, the time has passed and nothing came of it. Since then, we have been seeing a plethora of patents showing several design languages the company is experimenting with. Today, a new patent emerged from LetsGoDigital and reveals a clamshell-like smartphone. It actually looks like an inverted Moto RAZR but features a rather unique angle detection mode. 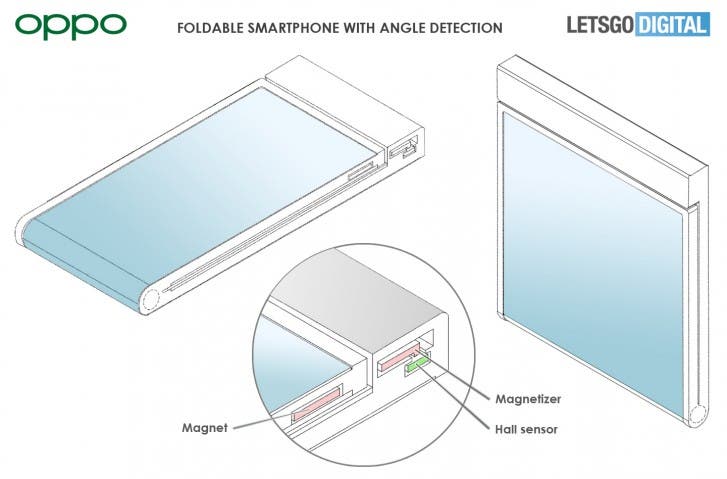 Just one Display and Camera

The clamshell form factor seems to be the best choice for those wanting a real smartphone experience. After all, foldable phones that fold like the Galaxy Fold series give a tablet-like experience. Oppo’s patent reveals a smartphone that is designed to fold with the screen remaining on the outside. It’s a compact smartphone that does not need a secondary display on the external part like the MOTO RAZR or the Z Flip.

When the phone is folded, the camera doubles as a selfie snapper that sits inside of a big forehead.  When it’s unfolded, it becomes the device’s rear camera. Interestingly enough, this patent is quite similar to the prototype unveiled by Oppo at MWC 2019. However, the old prototype was a horizontal folder rather than a vertical one. 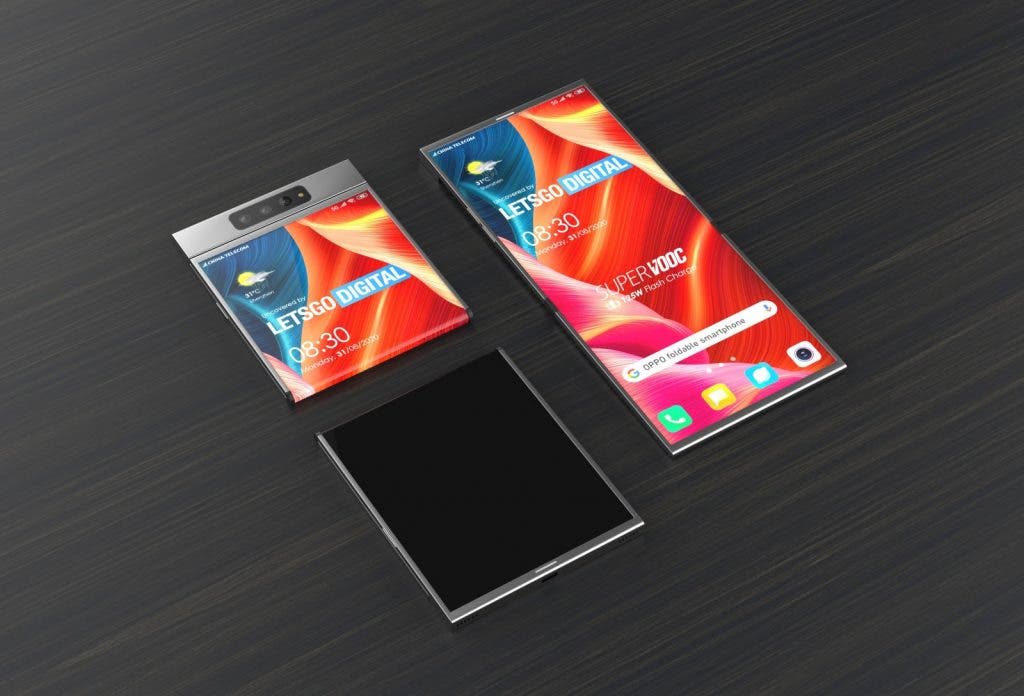 The 3D renders have been created by the team behind LetsGoDigital. While it tries to bring the concept of this patent to life, the positioning of the cameras and other elements in the build involves a certain level of guesswork.

According to the patent, the Fold Angle detector will detect if the phone is on a “folded” or “unfolded” state. It will adapt all the UI elements according to the way you’re using the handset. It also mentions a fingerprint scanner as well as an iris scanner. Not many companies are betting on the Iris authentication method nowadays.

For now, Oppo and other Chinese companies seem to be waiting on Corning and others to develop trustable glass. While a patent reveals a “promising” device that does not need an extra display or cameras, it may take a while to become a reality.

Next Samsung Cloud gets expiration date, OneDrive to replace it soon