Chinese manufacturing giant, Huawei, officially released the EMUI 10.1 update with the Huawei P40 series in March. Since then, it has been releasing this update gradually to Huawei and Honor phones. According to Huawei Pollen Club, a new feature version of EMUI 10.1 is now available for 10 Huawei models. This update is currently in the internal beta stage and early adopters are updating swiftly.  This update is available for Huawei phones and tablets. The specific models getting this update includes 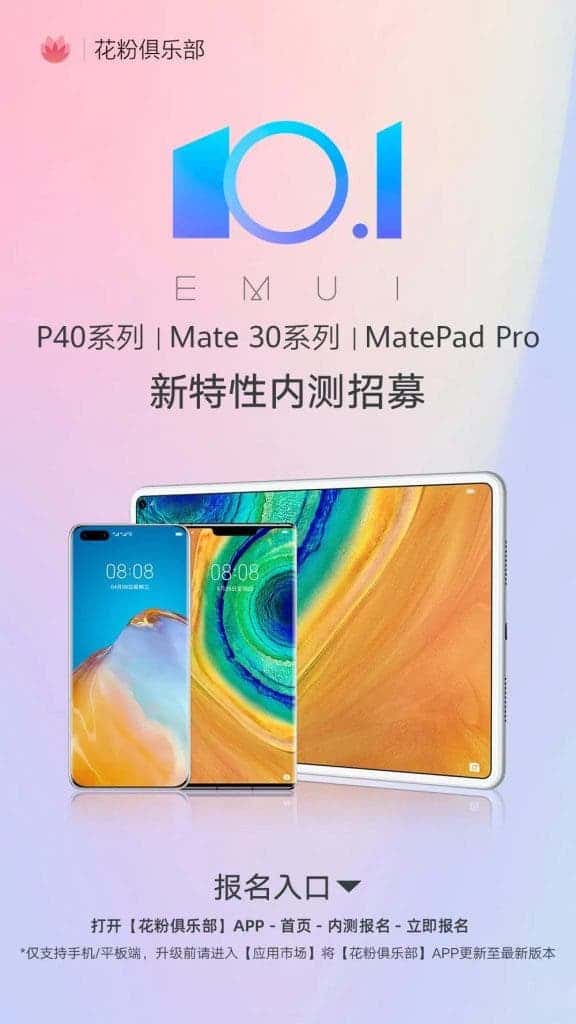 To download this update, users generally have to visit the Pollen Club App – Homepage – Internal Beta Registration – Sign up immediately. This update only supports mobile phones/tablets. Please enter the application market to update the Pollen Club App to the latest version before upgrading.

Huawei may quit the smartphone market

According to the Securities Times, Huawei Investment Holdings Co., Ltd. recently released its first half-year financial report in the inter-bank market. In the first half of 2020 (H1 2020), Huawei achieved an operating income of 450.7 billion yuan ($65.6 billion). This is a year-on-year increase of 13.67%. Within the same period, its net profit is 43.1 billion yuan ($6.2 billion), a year-on-year increase of 23.49%. This means that Huawei made about $35 million in profit every day throughout H1 2020.

Huawei’s H1 2020 business results show that the company is doing well despite the numerous ban. Recall that the U.S. did not ban Huawei and go to sleep. It is also putting pressure on its allies to also ban Huawei. The likes of Australia and New Zealand have since banned Huawei’s 5G equipment from their network. The latest country to ban Huawei from its 5G network is the U.K.

Despite all these, Huawei seems to be doing well, for now at least. In 2019, the company shipped about 240 million smartphones, a new record high. In April 2020, Huawei toppled Samsung to become the largest smartphone brand globally, a position it retained in May. Also, Huawei is currently the largest 5G smartphone vendor in the world. The company was able to achieve all these despite the ban from the U.S. and other allies.