Yesterday, Realme officially released two new products, namely the Realme X7/X7 Pro. Among them, the X7 sport the Dimensity 800U processor. And X7 Pro features a Dimensity 1000+ processor. They cost RMB 1799 ($264) and RMB 2,199 ($322), respectively. At the press conference, Realme also launched the first thousand-yuan 5G smartphone dubbed the Realme V3. After the press conference, Xu Qi, vice president of Realme and president of global marketing, accepted an interview. And during this interview, we learned a lot about the company’s plans.

First, he said that in order to simplify the naming more conveniently, Realme returned to the series + number naming method. At the same time, it subdivided four series: Q series, V series, X series, and the future flagship series. The V series will focus on battery life. The X series will focus on design. Xu Qi said that based on these four series, Realme will complete more comprehensive coverage of 5G products, allowing users to focus more on the choice of Realme products and have a clearer understanding of the product’s greatest benefits. 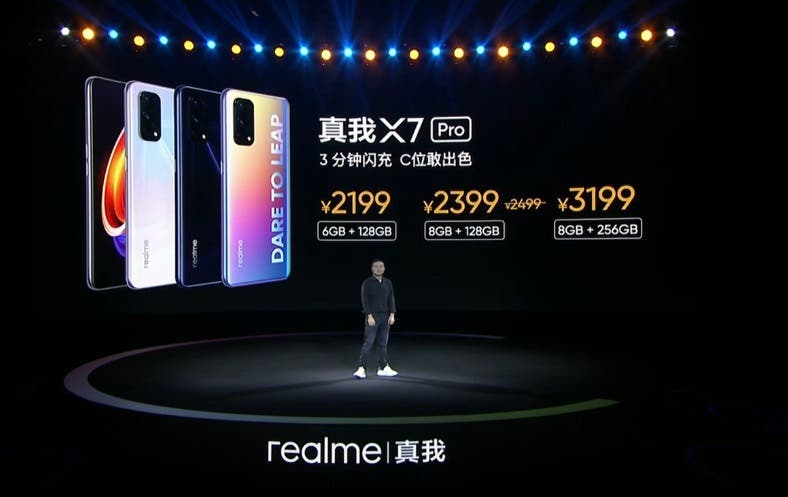 At this conference, Realme mainly brought product updates for the V series and X series. Among them, X7/X7 Pro is equipped with MediaTek 5G SoCs and 65W fast charging. These made them quite cost-effective. Xu Qi is very confident in the market performance. He believes that Realme has always been upholding the concept of daring to leapfrog and put a lot of thought on this product. The X7 series products are still quite competitive. Due to the 120Hz flexible screen, 65W flash charging, light and thin, trendy design, camera, and other features, they can stand firm in the ranks of flagship phones in the second half of the year. 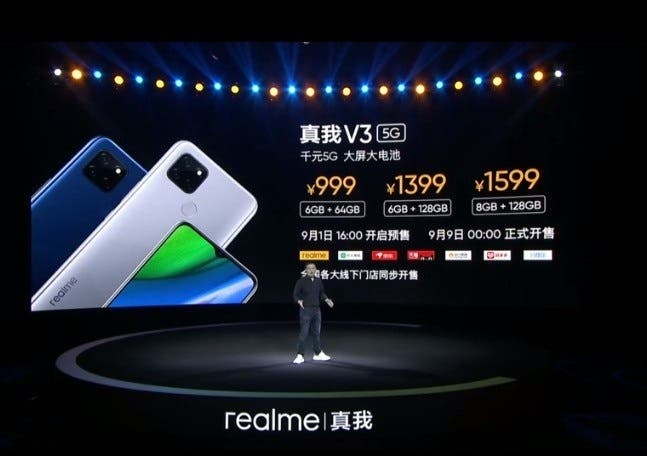 Apart from this, the Realme V3, the first thousand-yuan 5G smartphone, is also a highlight of this conference. With the release of V3, Realme has completed the full 5G coverage from entry-level phones to flagship phones in advance. In the interview, Xu Qi said that there is a certain gap in the market for 5G smartphones less than 1,000 yuan. Realme’s target group is very broad. ‘We hope to reach more people through the first 5G phones less than 1,000 yuan. Xu Qi said that Realme also believes that with the release of a so-called hundred-yuan 5G smartphone, the overall progress of 5G popularization will further accelerate.

Realme achieved global sales of 25 million in 2019. In terms of overseas markets, Realme has basically entered the top four in Southeast Asia and other countries, and has achieved global sales in 13 countries and regions. In the interview, Xu Qi stated that Realme’s global sales target for this year is 50 million. He emphasized that the Chinese market has always been a part of Realme’s great importance and layout. This year Realme is also continuously thinking about the Chinese market.

Although Realme, OPPO, and OnePlus have the same investors, Realme is still an independently operated brand, and there will also be collaborative development. For example, Realme and OPPO are in the supply chain and part of the technology, production resources, online sales channels, after-sales service and other aspects have been coordinated to provide users with higher-quality experience and services. In terms of channels, Realme’s offline after-sales service is also accelerating its deployment. At present, Realme’s offline channels cover more than 300 cities, with nearly 10,000 offline stores. This allows users to experience products and provide users with more than 900 services. In the next period of time, Realme will authorize some OPPO online stores to provide users with after-sales and maintenance services.

This year is also an important year for the Realme IoT products. Xu Qi said that from a global perspective, this year Realme will complete the layout of the four major traffic portals of speakers, TVs, headphones, and watches. In 2020, there will be more than 50 AIoT products in the world. And, it is expected to launch more than 100 AIoT products next year.

Previously, the Realme TV set a record of 15,000 units sold in 10 minutes in the Indian market. It is at the forefront of the Indian smart TV market. Xu Qi said that their TVs will also be launched in other markets.