Now, in India, when you try to find a Chinese smartphone, it turns into a headache. We mean it’s very hard to find a good phone made by a Chinese company in Indian stores because of short supply. Last time, the Indian customers faced with this problem in early July. That time, a conflict occurred on the border between China and India. Indian Customs forcibly blocked the clearance of goods from China, and many Chinese factories stopped work as a result.

This time, although it is not coming from China. Indian Customs have delayed the clearance of Chinese electronic products due to system problems. So some smartphone brands have been out of stock.

Recently, the new Faceless Assessment System launched by the Indian Customs has affected Chiyu. The Indian smartphone industry association ICEA also complained that the customs clearance time has increased from 2 to 3 days to 8 to 12 days.

However, there is another issue that makes Chinese smartphone companies worry. Due to geopolitical uncertainties, the grand ‘Indian dream’ of Chinese smartphone makers doesn’t seem real anymore. India has already begun to implement the PTI plan of ‘self-reliance’ manufacturing. According to the plan, the government will provide 400 billion rupees (about $5.3 billion) in financial support in the next five years. This will stimulate the development of India’s electronics manufacturing industry. It should achieve a total output value of $153 billion within five years. 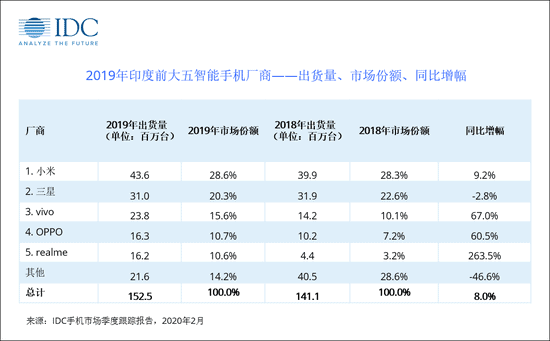 However, Chinese smartphone brands account for nearly 80% of the Indian smartphone market. According to data from IDC, in 2019, Xiaomi shipped 43.6 million units in India. It has the largest market share, accounting for 28.6%. VIVO shipped 23.8 million units, ranking third in the market with 15.6%. OPPO and Realme each shipped 16.3 million and 16.2 million units. They rank fourth and fifth, with market shares of 10.7% and 10.6%, respectively.

Only a few months ago, Chinese brands had huge ambitions in India and planned to invest heavily.

In March 2019, Xiaomi injected 35 billion rupees (approximately $470 million) into Xiaomi India in two batches. This is the largest investment since Xiaomi entered India. VIVO also stated in August 2019 that it would invest 75 billion rupees (approximately $1 billion) to expand production capacity in the next few years, making it the largest investment in Indian manufacturing. At the beginning of 2020, OPPO also stated that it would expand its production line in India and double its production capacity by the end of the year.

Now, The ‘Indian Dream’ Is Drifting Away

For the second time, Chinese smartphone companies cut their supply in India. The cause is the automatic customs clearance system being implemented by the Indian government.

The automatic customs clearance system is the main component of the ‘Turant Custom’ plan. The purpose is to improve the efficiency of customs clearance through information technology. However, due to the initial implementation, customs officials’ deviations in actual operations have led to customs clearance. The duration now is from 8 to 10 days.

This puts pressure on many companies.

The Indian Smartphone and Electronics Association (ICEA) requested that all operators and manufacturing entities open up a green channel without taking the route of automatic customs clearance assessment. ‘Only in this way, we can quickly replenish capacity and improve business continuity,’ said Pankaj Mohindroo, chairman of the association.

The members of ICEA include brands such as Xiaomi, VIVO, OPPO, Apple, Foxconn, Lava, Micromax and Karbonn.

ICEA explained that under the new automatic customs clearance evaluation system, the goods may be in Port A. But the file data uploaded to the customs system will be randomly assigned to the Evaluation Officer (AO) of Port B by the algorithm. ICEA members said that the evaluation officer will go back and forth several times and check various documents in detail. ‘This has increased the customs clearance time to 8-12 days, an average of six to seven days. This has disrupted their entire plan,’ Mohindro said.

The media reported on August 5 that the Bureau of Standards of India (BIS) postponed the approval of the import of smartphone parts and TV sets. So the Chinese companies including Xiaomi and OPPO are expected to be affected.

In April this year, India announced that from October 1st, it will implement BIS mandatory certification inspections on 12 products including Bluetooth headsets and keyboards. ‘India Today’ stated that the Indian government is considering imposing import restrictions on more than 370 Chinese commodities. They are expected to be implemented by March 2021.

The Indian government had previously urged and attracted Chinese investment. But now it is stepping up its efforts to ‘decouple’ from China in the smartphone industry chain.

The Smartphone Maker With the Largest Market Share Has Been Excluded

The targets that the Indian government is trying to please are Japanese, South Korean, American, and Taiwanese companies.

On September 7, India’s Minister of Communications and Information Technology, Ravi Shankar Prasad, said, ‘India is emerging as a large manufacturing center, and the global manufacturer ecosystem realizes that it must find a place outside of China to set up factories.’

On the same day, the Indian government approved a series of export applications from smartphone manufacturers, all of which are selected for the Indian production stimulus plan, including iPhone contract manufacturers Foxconn, Pegatron, Wistron, and Samsung, Karbonn, Lava and Dixon, and others. They should export smartphones with a total value of $100 billion. 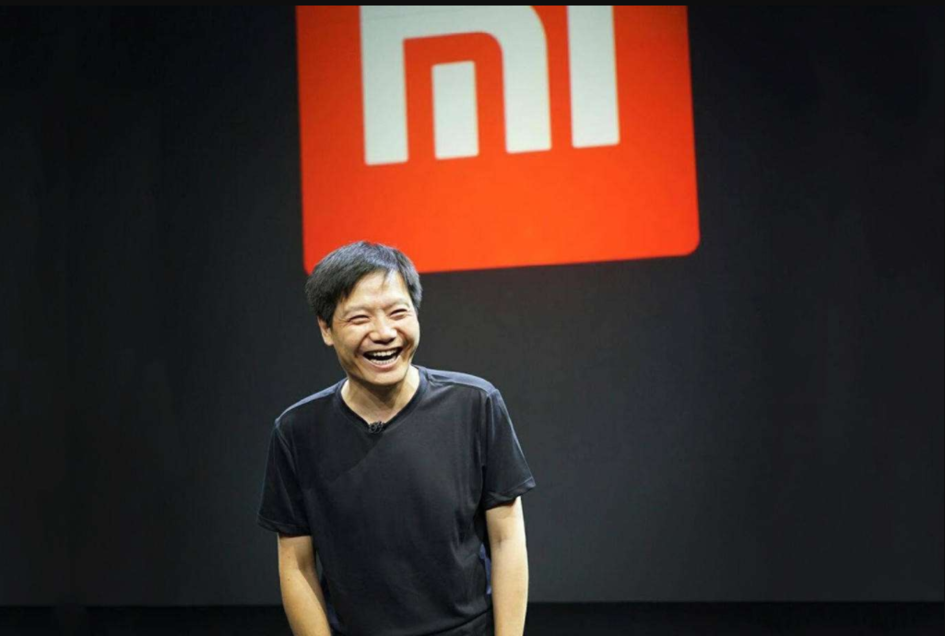 However, there are no Chinese companies on the list, including Xiaomi, OPPO, VIVO, and others that have established factories in India. According to people familiar with the matter, Foxconn and Samsung have respectively submitted smartphone production estimates worth $50 billion in the next five years.

The matter dates back to April 1, when the Ministry of Communications and Information Technology of India drafted a plan to strengthen the electronics manufacturing industry in India and welcomed smartphone manufacturers from all over the world to invest and set up factories in India.

The full name of this plan is the ‘Production-Linked Incentive Program for India’s Large-scale Electronics Manufacturing Industry’ (PTI Program). It shows that India plans to spend more than 400 billion rupees (approximately $5.3 billion) in the next five years. This should incentivize electronics manufacturing in India. Specifically, in the next five years, the Indian government will provide 6% financial incentives for the sales of goods produced in India that exceed that year’s sales based on the sales of these companies from 2019 to 2020. In addition, Prasad also promised to provide 25% incentives for capital expenditures for the production of electronic components, semiconductors, and other parts.

However, as of the end of the application period for the program on July 31, no smartphone manufacturer from China participated. Among the 22 applications obtained by the Indian Science and Technology News, the approved foreign companies include Samsung Electronics and Foxconn’s two factories, Wistron and Pegatron. The selected Indian local manufacturers are Lava, Dixon, Micromax, Padget Electronics, Sojo, Karbonn and Optiemus.

On August 1, Indian Minister of Communications and Information Technology Ravi Shankar Prasad announced in a press conference that five Apple partners, including Samsung Electronics and Foxconn, pledged to invest 110 billion rupees ($1.5 billion) in India. The establishment of factories to manufacture smartphones will increase the output value of smartphones made in India to 11.5 trillion rupees ($156 billion) in the next five years.

Also Read: Samsung Will Move A Big Part Of Smartphone Production To India

Of course, it’s doubtful that no Chinese smartphone maker was selected. In response, Prasad publicly stated that ‘the government had not prevented companies from any country from participating in this plan.’

Who Will Benefit Most?

Taiwan’s Foxconn and Wistron have set up factories in India to manufacture iPhones for Apple. And they are expanding their production capacity. In July, the Foxconn factory has begun production of the iPhone 11. This is the first time that India has produced Apple’s top model iPhone; another Apple’s second-largest contract manufacturer, Pegatron, also reported in July that it has applied for the establishment of a branch in Chennai and is looking for a location. The establishment of factories is also in discussions with the Indian states of Uttar Pradesh, Karnataka, and Andhra Pradesh.

Currently, Samsung’s smartphones exported from India are worth about $2.5 billion. The South Korean electronics manufacturer plans to produce $50 billion worth of smartphones in the next five years. 40 billion of them will consist of mid-to-high-end models with an ex-factory price of more than $200.