September 15 promises to be one of the darkest days in Huawei’s history. It is from this day that the second round of US sanctions against the Chinese company comes into force. From now on, it will not be able to purchase a number of components and software that were created using American technologies and equipment. True, there is a chance that some of the suppliers will still be able to obtain a license from the US Department of Commerce, which allows cooperation with Huawei. But the hope is illusory, the White House is seriously aiming to bring the war to a victorious end – the destruction of Huawei.

True, other suppliers will pay for the venture and manic idea of ​​breaking the Chinese company. The United States has hurt not only Huawei, but also the business of other companies, including American ones. For example, analysts at Omdia are already saying that suppliers from Japan, South Korea and Taiwan may miss $26 billion in revenue at the end of the year.

Thus, a message has already come that Samsung and LG are stopping the supply of displays to Huawei, and the Korean SK Hynix will also join them, which will stop shipping memory chips. At the moment, it is known that SK Hynix and MediaTek have already applied to the US Department of Commerce with a request to issue a license to continue working with Huawei.

Yu Chengdong: Huawei has no way to produce chips – a big lesson for us

The speculation about Huawei’s Kirin chip is making waves again. It’s customary for Huawei to unveil its latest Kirin chip at the IFA conference every year. However, Huawei didn’t make any new announcements at the IFA2020 conference on September 3. Will the Kirin 9000 chip appear at Huawei’s developer conference on September 10-12? Will the Huawei Mate 40 phone launch on schedule? Huawei Consumer Business CEO, Yu Chengdong, recently said that the Kirin 9000 chip will stop production after September 15. This chip will be available but in limited quantities. 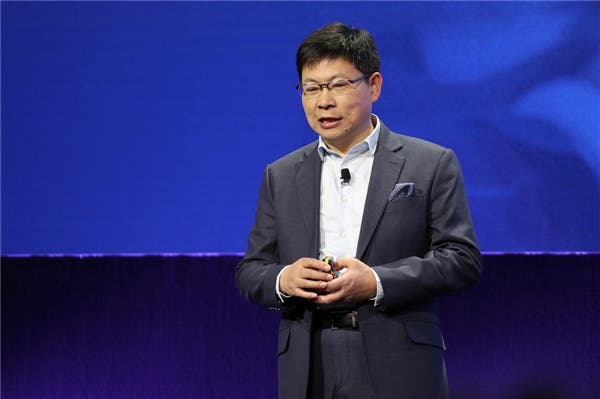 According to reports, TSMC is currently working round the clock to deliver Huawei’s product before September 15th. Due to the U.S. ban, TSMC will ship all the relevant chips to Huawei before September 14. After this date, it can no longer have business relations with Huawei. The Chinese manufacturer has the ability to develop its own chip design, however, it does not have the production capacity. This means that it has to rely on TSMC and other OEMs.

As early as last year, Huawei booked TSMC’s production capacity in advance, and “Kirin 9000” is a priority product. It should stock as much as possible before stopping production in mid-September this year. With the strengthening of sanctions, MediaTek and other chip makers that use American technology are unable to ship Huawei.

“Because the Chinese chip manufacturing industry is not matured, we are faced with the problem of no chips”. Yu Chengdong admitted, “the only problem now is production, Huawei has no way to produce. Chinese companies have only made designs in the process of globalization, and this is a lesson.”

He had previously revealed that the Mate 40, which will go on sale this fall, will be equipped with a Kirin 9000. This will be Huawei’s last flagship chip, at least for now.