We’re walking to complete one week since Google released the final stable version of Android 11. For now, the only devices to benefit from this rollout are the eligible Pixel smartphones. Unless, that you are an active custom ROM enthusiast, you will need to wait several months until companies start to roll out their Android 11 updates. Despite the delay, the work already started for several custom skins. OnePlus’ OxygenOS 11 is already circulating through the beta channels, now OnePlus’ sister company Oppo, decided to share some light on its upcoming software version. Instead of ColorOS 8, the new update will follow Google’s release and will be dubbed ColorOS 11. The announcement came with the beta releases for the Oppo Find X2 series.

A wide set of customizations 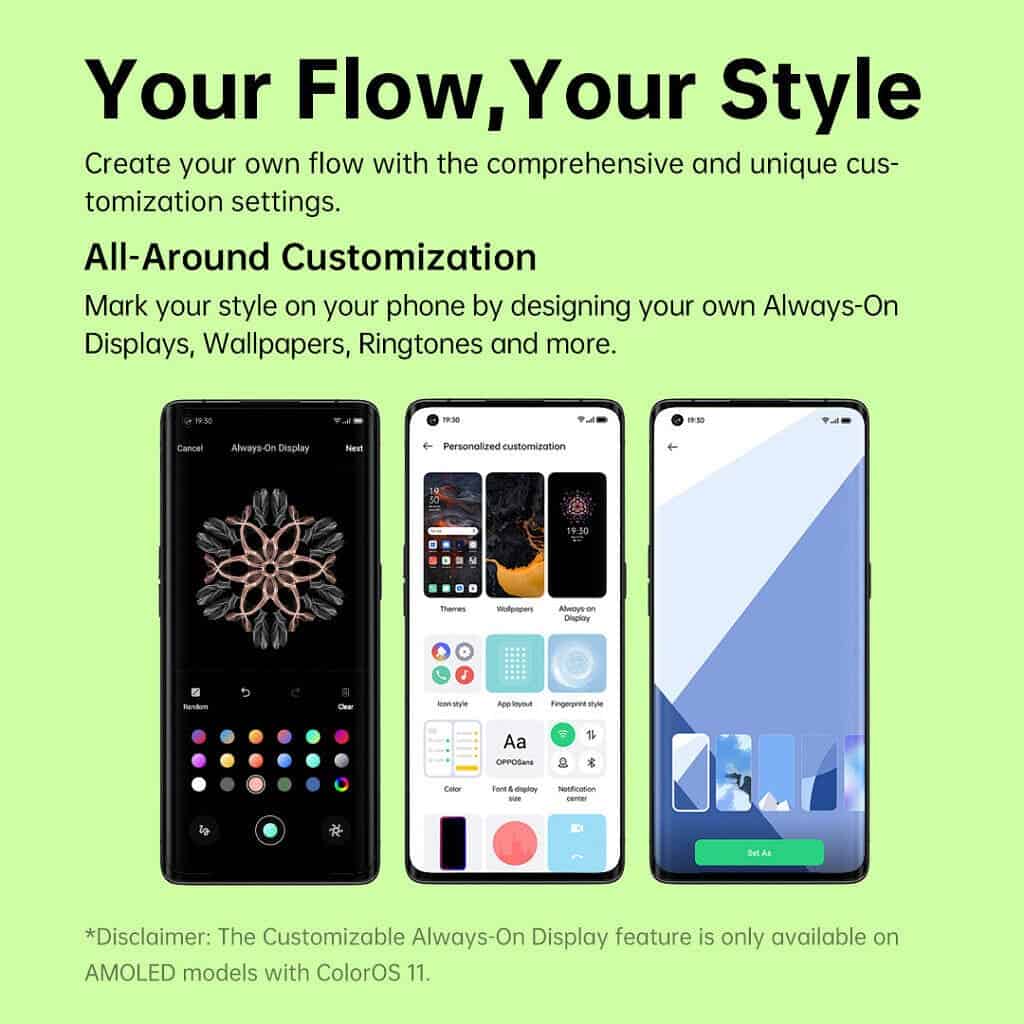 It’s not the first time that a Chinese company decides to “match” Google versioning. Honestly, I believe that is a good way to avoid confusion since you no longer have distinct skin and Android numbered versions. Along with the new software branch, the ColorOS 11 update brings the usual set of exclusive features based on the company’s “Make Life Flow” concept. The new software brings a set of new customization options allowing users to adjust the whole UI according to their needs. Moreover, the new software gives the power to users for creating their own Always-On Display screen, theme, wallpaper, icons, ringtones, and many more. As Oppo states on its press release, ColorOS 11 is “all about customization”. 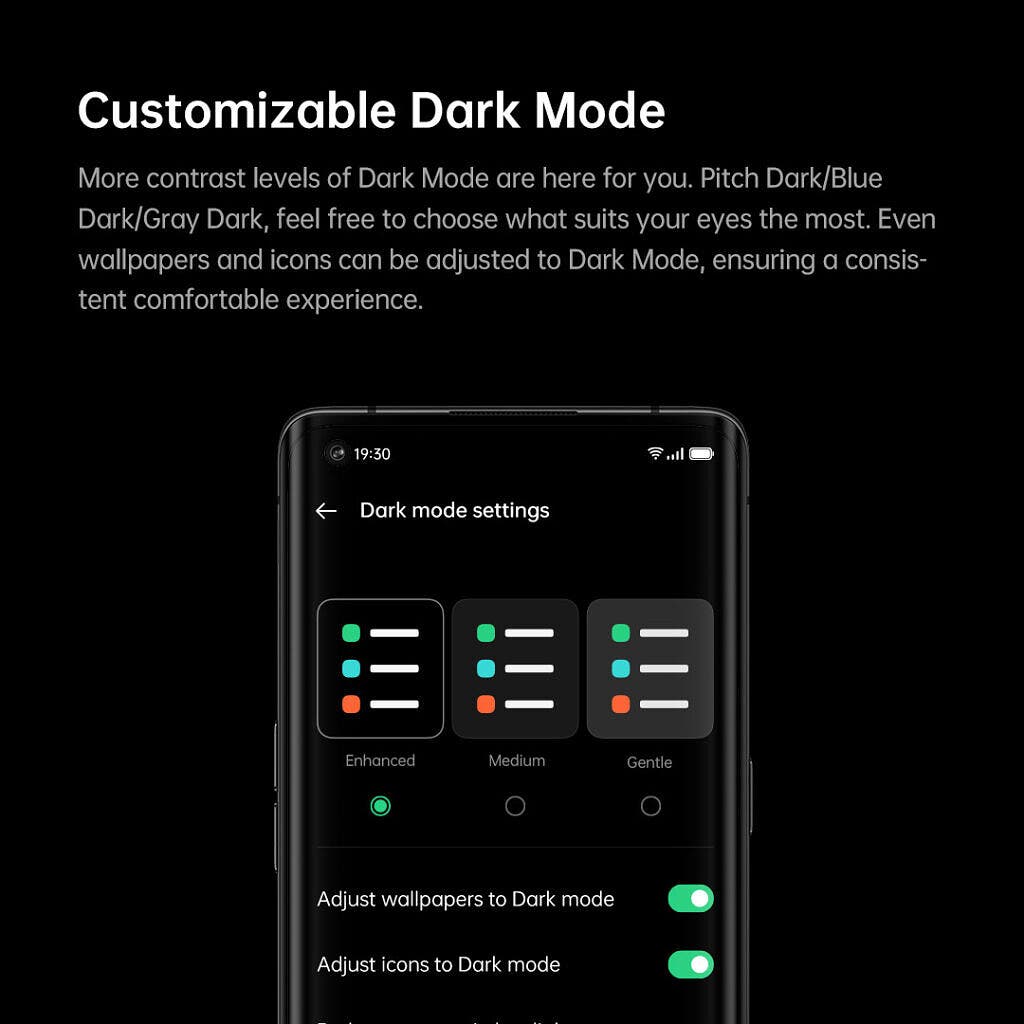 The new skin also wants to improve the experience introduced with Android 10-based ColorOS 7 Dark Mode. The new Dark Mode allows users to enhance the experience with three distinct color schemes and levels of contrast. As a result, every user can adjust it to better suit their own taste and comfort. Interestingly enough, Google didn’t make any expressive change to make its Dark Mode better within Android 11. However, Oppo and other companies are working to improve the experience. It’s great to see companies improving the minimal details to make Android better. After all, the wide level of customization and unique features can make these custom skin stand against vanilla. 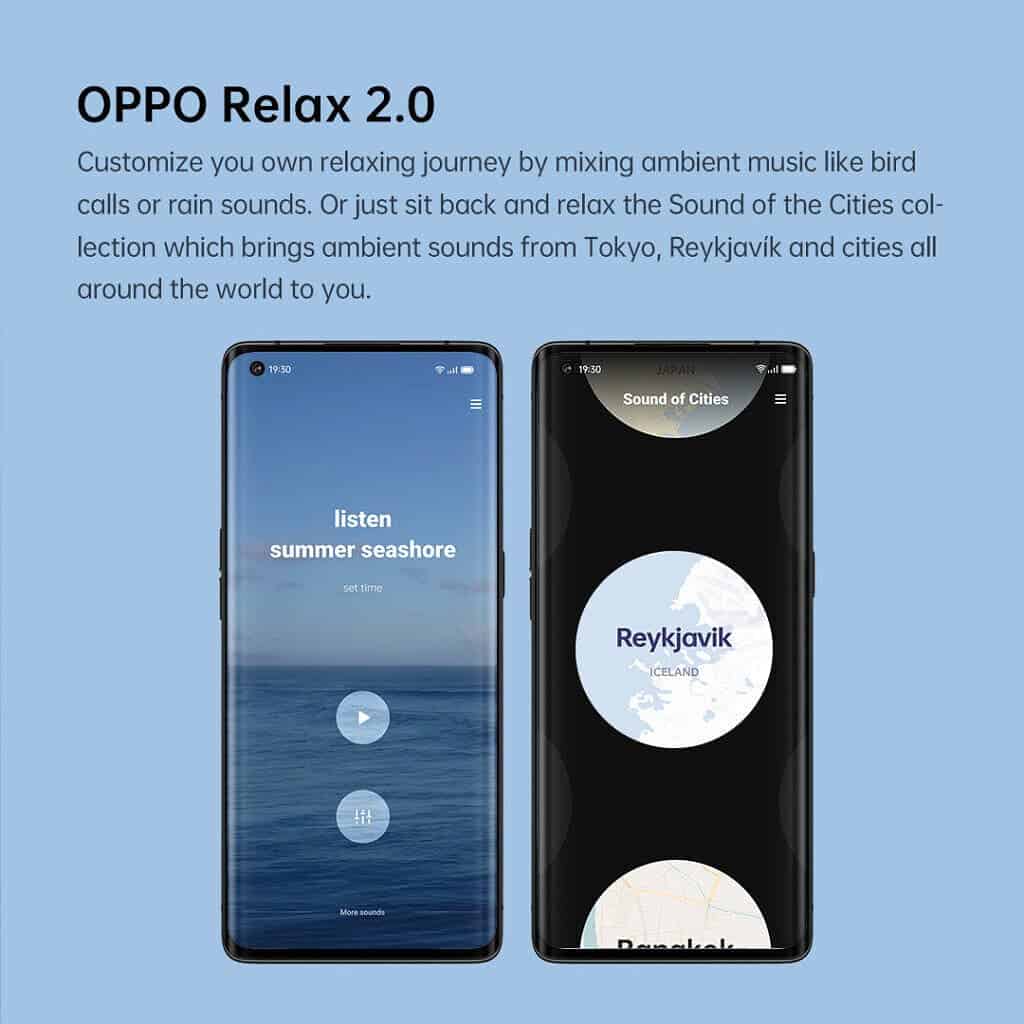 With the new update, Oppo introduces the Oppo Relax 2.0 feature. It allows the user to customize their “relaxation” periods by mixing ambient music with some natural sounds. It also brings a set of “City” relaxing audio from popular places like Tokyo. 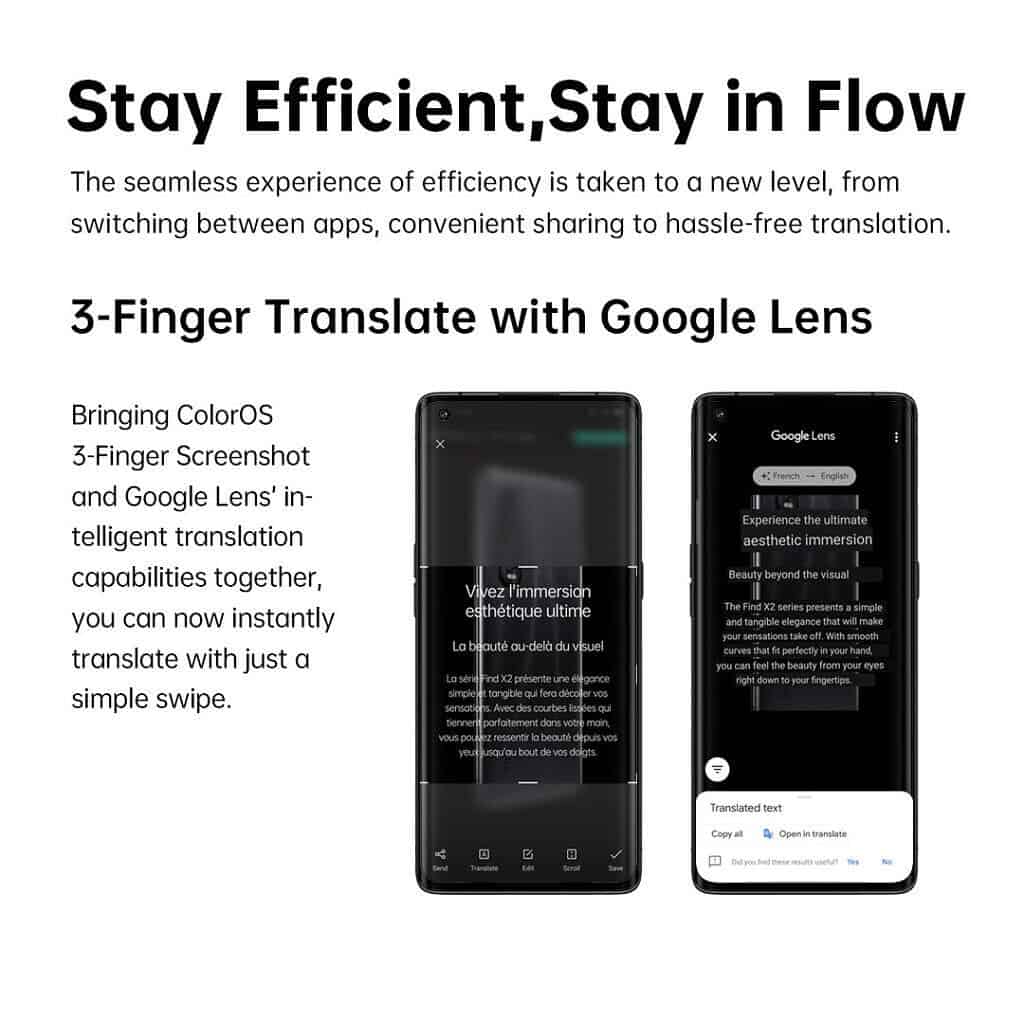 Oppo partnered with Google to introduce a new feature dubbed “Three-Finger Translate”. The feature is powered by Google Lens and allows users to capture and translate text through a simple screenshot. The screenshot is taken with the three-finger gesture you’ve been used to. 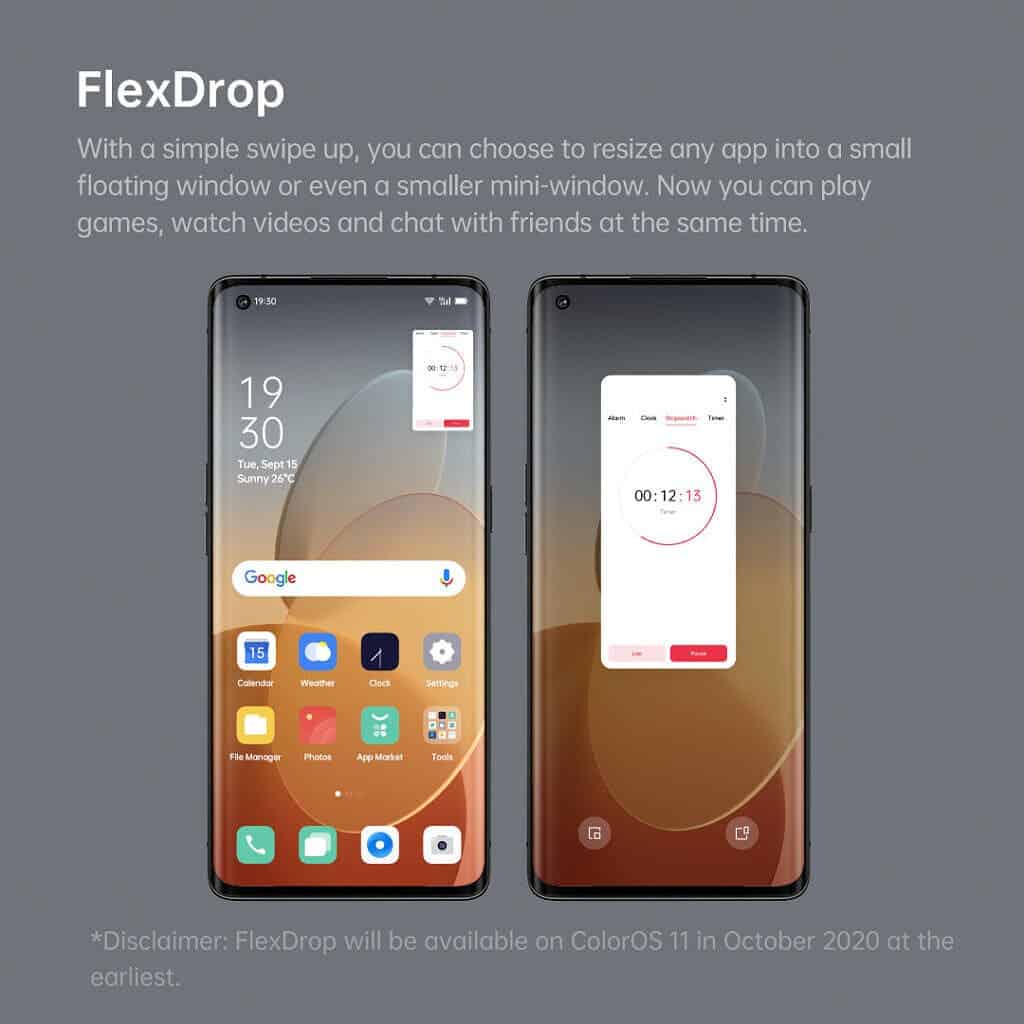 The new Flexdrop feature comes to improve the multitasking capabilities of ColorOS. It allows you to resize any kind of application into a small floating window or even a mini-window. It uses and greatly expands a concept that Google has been playing with in the past. You can keep track of some activities from apps while you’re using the entire screen to play games or watch videos. This feature is absent on the current betas but will roll out by the next month. 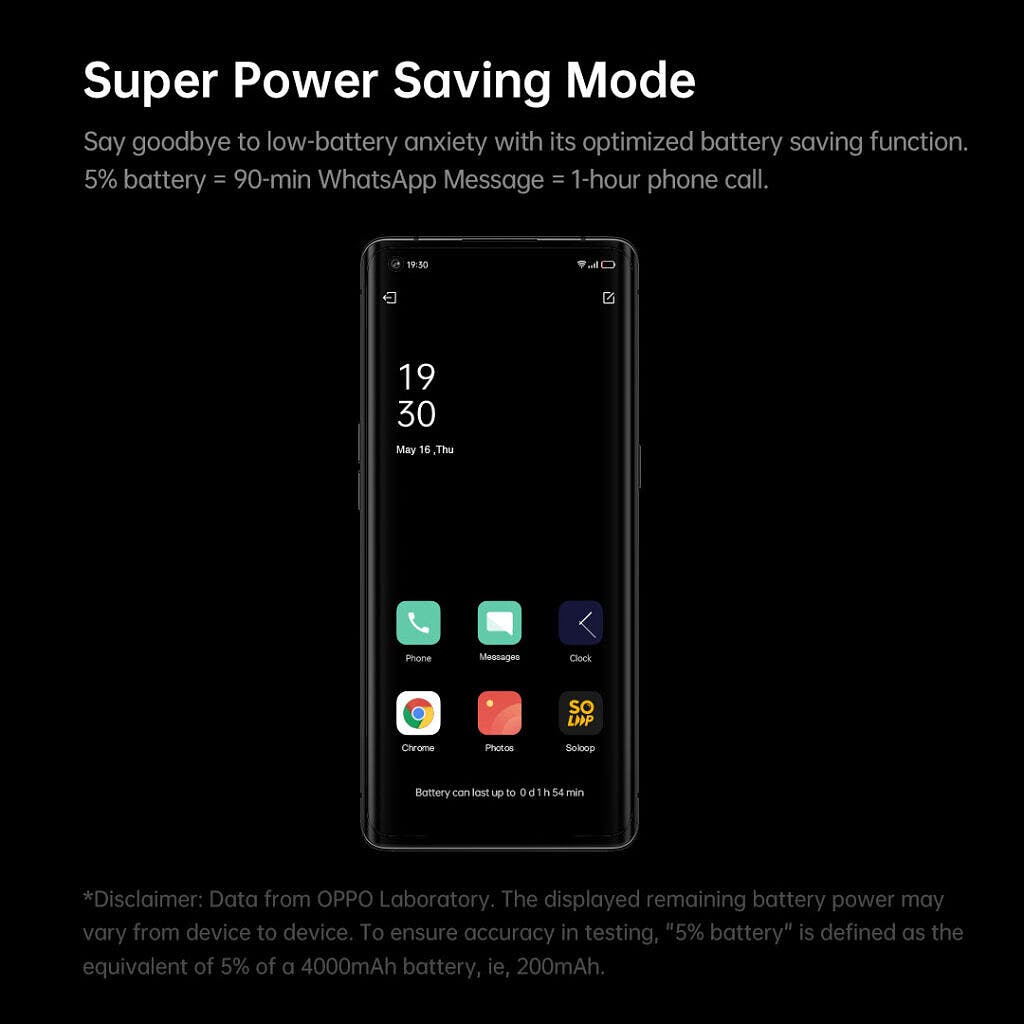 We’ve finally arrived in an era where batteries are big enough and charging takes just a few minutes. However, what is better than combine fast-charging, a big battery with super optimized software? Oppo is delivering a new Super Power Saving Mode. The new mode allows the user to select up to six apps that can still run when the Super Power-Saving mode is enabled. There is also a Battery Guard feature that allows users to expand the battery health when they’re charging the phone overnight. This mode pauses the charge once it reaches 80% and resumes it a few times before the user usually wakes up. 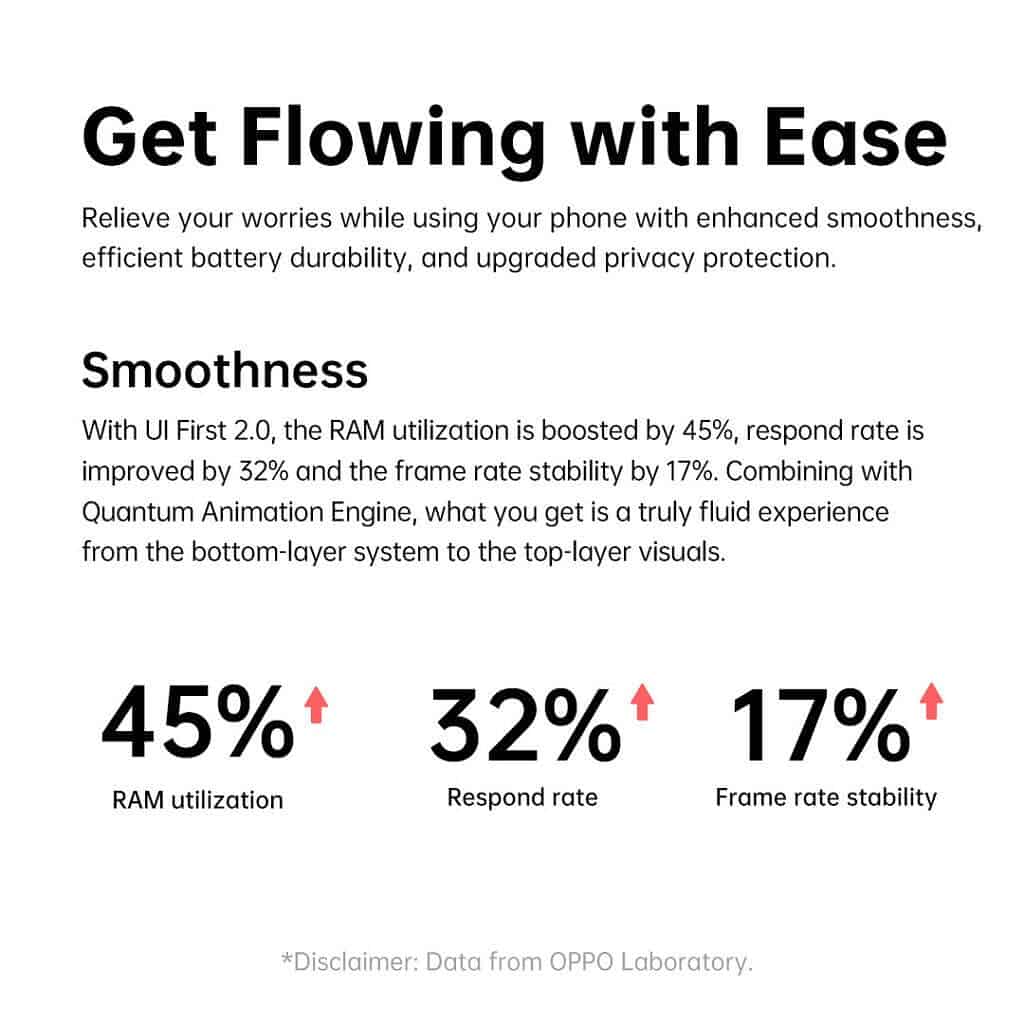 ColorOS 11 comes to provide a smoother experience to users. The company has made significant changes under the hood to improve the software. According to the company, it has introduced UI First 2.0 with ColorOS 11. It combines its lag-reducing engine with “Quantum Animation”. As a result, it will boost RAM utilization by 45%, improving the response rate by 32% and the frame rate by 17%. Of course, RAM usage isn’t a problem in an era of smartphones with more than 6GB and even 12GB.  The software also comes with AI app Preloading that learns user behavior to preload the most-used apps and reduces their loading time. Last but not least, we have SuperTouch which comes to identify user scenarios and optimize the touch response of the software. 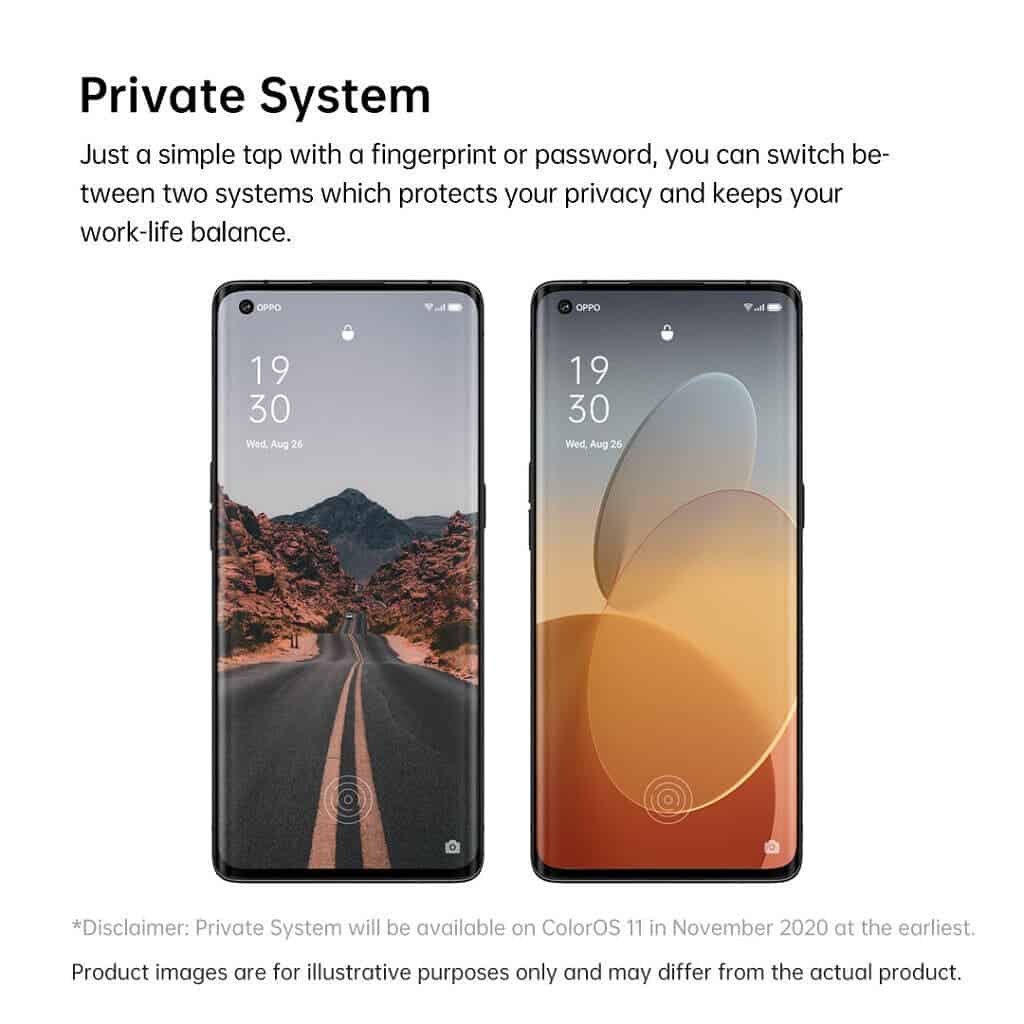 The new software also comes with a focus on security and user privacy. It’s a recurring theme in 2020, and we can understand why Oppo wants to ensure that its software is safe for users. The company introduced a new Private System feature that creates a separate “System” where you can run a second version of apps and store data independent of the original. It can be accessed only via a separate fingerprint scan or password. You can use this feature to hide some content. Once again, it’s yet to make way to the betas and should arrive by November. The company also improved App Lock with support for the password, fingerprint, and facial verification. The permissions management is also getting some changes allowing users to set temporary permissions. That is in line with the changes in Android 11.

When it will reach my Oppo smartphones?

The company also disclosed details about its rollout schedule, you can check the two images below. 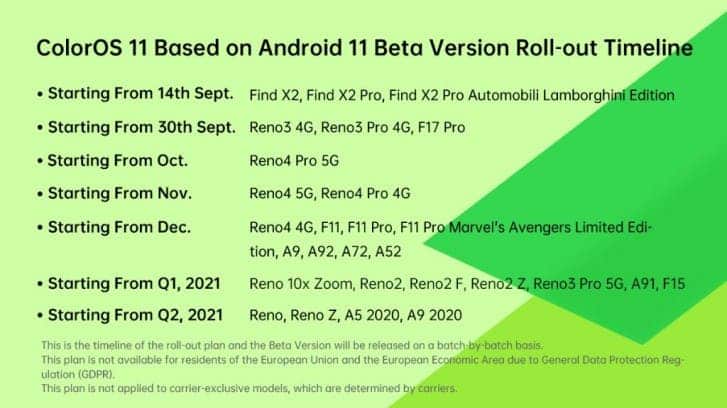 While the betas will start to roll out during the next months, the first stable release will only hit Oppo devices in December and will continue through Q1 2021. 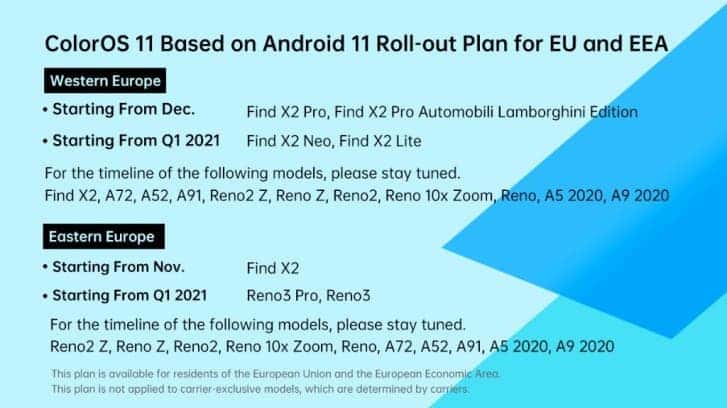